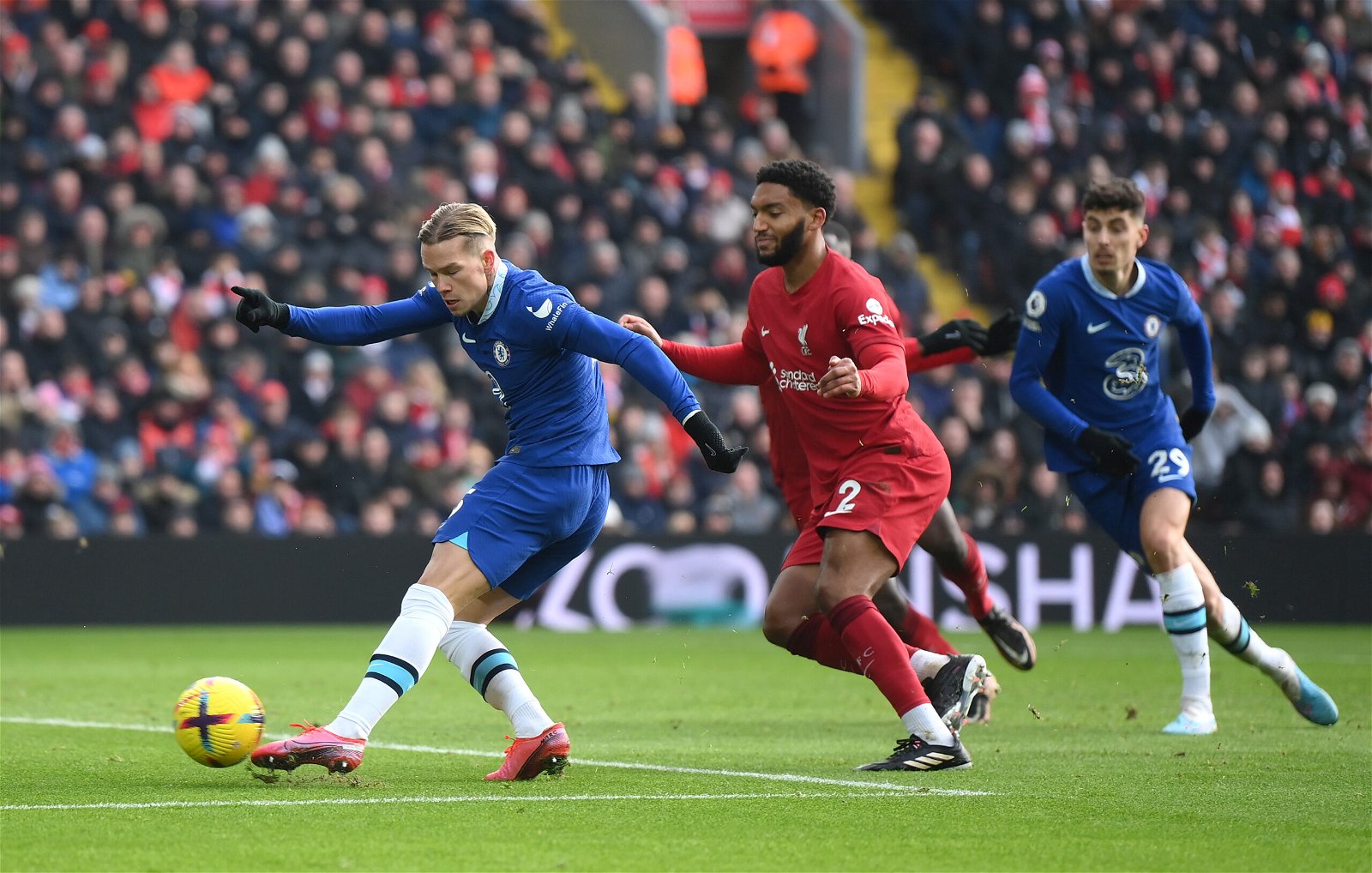 Chelsea were held to a goalless draw against Liverpool on Saturday afternoon at Anfield in the Premier League.

Graham Potter’s side were denied three points by VAR after Kai Havertz’s early goal was chlaked off for offside.

Chelsea have though made it four points from six, which they will hope ends their losing streak which was the story of their 2023 beginnings.

Chelsea thought they made the perfect start after three minutes at Anfield. A scramble in the box saw Thiago Silva’s initial effort come back off of the post, which saw Kai Havertz fire in the rebound. However, following a VAR check, Havertz was in an offside position and Liverpool were given a reprieve.

The signs of improvement were there for Chelsea for all to see, with the shape of the side both on and off the ball noticeable as they looked to press the hosts high.

Cody Gakpo had a few half chances in the opening 45 for the hosts but was unable to capitalise on Chelsea midfield errors.

Chelsea were wasteful in attack. Chances opened up for Mason Mount, Lewis Hall and Havertz in the first half, but all either refused to pull the trigger or could only hit wide of the goal.

Benoit Badiashile had the Blues’ biggest chance in the 32nd minute. A free-kick found itself at the back post but the 21-year-old’s downward header was denied by Allison who ensured the scores stayed level going into the break.

An affair which was 9th versus 10th was evident in the first half. The lack of quality on display would have frustrated both managers going into the interval. However, neither Jurgen Klopp or Graham Potter made changes for the beginning of the second half.

Liverpool stepped up early in the second half and piled the pressure on Chelsea. Thiago Silva cleared away an effort before Gakpo could only head over an effort from inside the six-yard box.

Mykhailo Mudryk was called upon by Potter after 55 minutes to make his Chelsea debut, replacing Hall who didn’t have one of his finest game on Merseyside.

Hakim Ziyech nearly produced an excellent moment of quality on the hour mark. He weaved through multiple Liverpool players, sitting a few down in the process, though he let himself down with the final moment after striking it over the bar.

Klopp then turned to his bench bringing on Darwin Nunez for Naby Keita as both sides search for the game’s opener.

Mudryk nearly had a debut to remember. He took the ball off of Gallagher in the box, some dazzling quick feet saw him with an opening, but he could only fire into the side-netting.

The 22-year-old was set up twice by Ziyech at the back post in the final 25 minutes but Mudryk’s first touch let him down on the second occasion as he opted to try bring it down instead of shooting first time.

Trent Alexander Arnold was brought on for James Milner to try to contain Mudryk after Milner was booked for bringing down and stopping the lightning quick Ukrainian.

Trevoh Chalobah then added to Chelsea’s injury problems heading into the final 10 minutes. Potter opted to replace him with Azpilicueta, while Pierre-Emerick Aubameyang and Carney Chukwuemeka came on for Havertz and Mount.

But Chelsea were unable to find a winner and had to settle for a point. Despite being the better of the sides in the first-half, the visitors were unable to make their dominance pay to claim all three points.

Potter’s side will now have two weeks off, having been knocked out of the FA Cup, before they play their next league match which comes against Fulham in the capital.