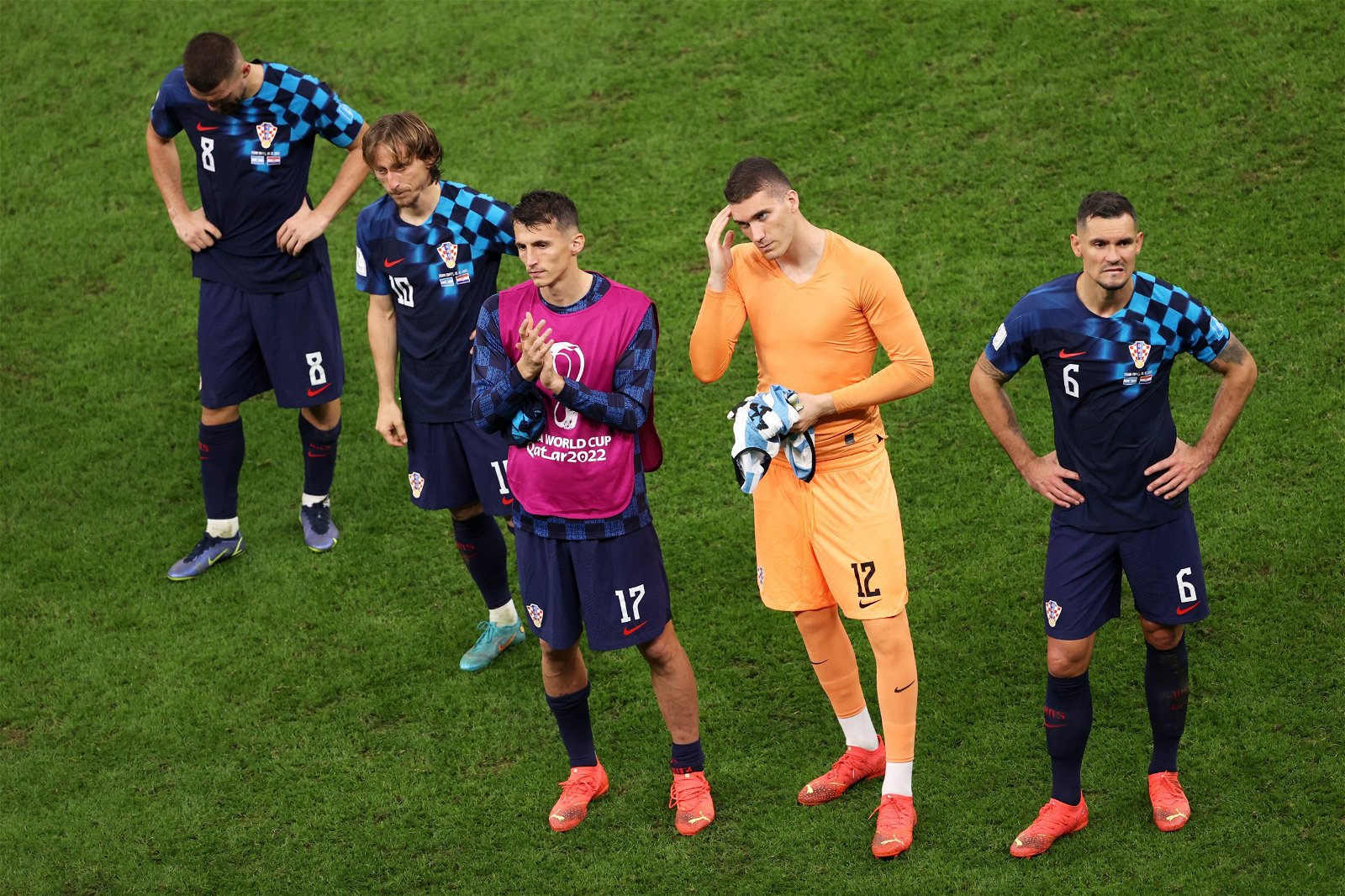 Mateo Kovacic was reduced to tears at full-time after Croatia were beaten 3-0 by Argentina in the semi-finals of the World Cup on Tuesday night.

The 28-year-old played the full 90 minutes for Croatia at the Lusail Stadium, but a Lionel Messi masterclass blew them away as he bagged a goal and assist to send Argentina into the final.

Croatia’s run in the tournament fell just short as they had to settle for a third-place final which will see them face the losers of the other semi-final tie between Morocco and France which takes place on Wednesday night.

Kovacic’s performance in midfield didn’t go unnoticed, but unfortunately none of the Croatia attackers could find the net to give them a chance of progressing into Sunday’s final.

It was a night that ended in disappointed for Kovacic and co and that was evident on their faces at full-time when they went to embrace the supporters who backed them in Qatar.

Kovacic and Modric were pictured and the Chelsea midfielder couldn’t hold the tears in as their 2022 World Cup dream came to an end.

After Saturday’s third-place game Kovacic will be given some time off before returning to Cobham to rejoin his Chelsea teammates as they return to domestic action later this month.

Chelsea returned from Abu Dhabi this week after their week-long warm-weather training camp in the Middle East last week.