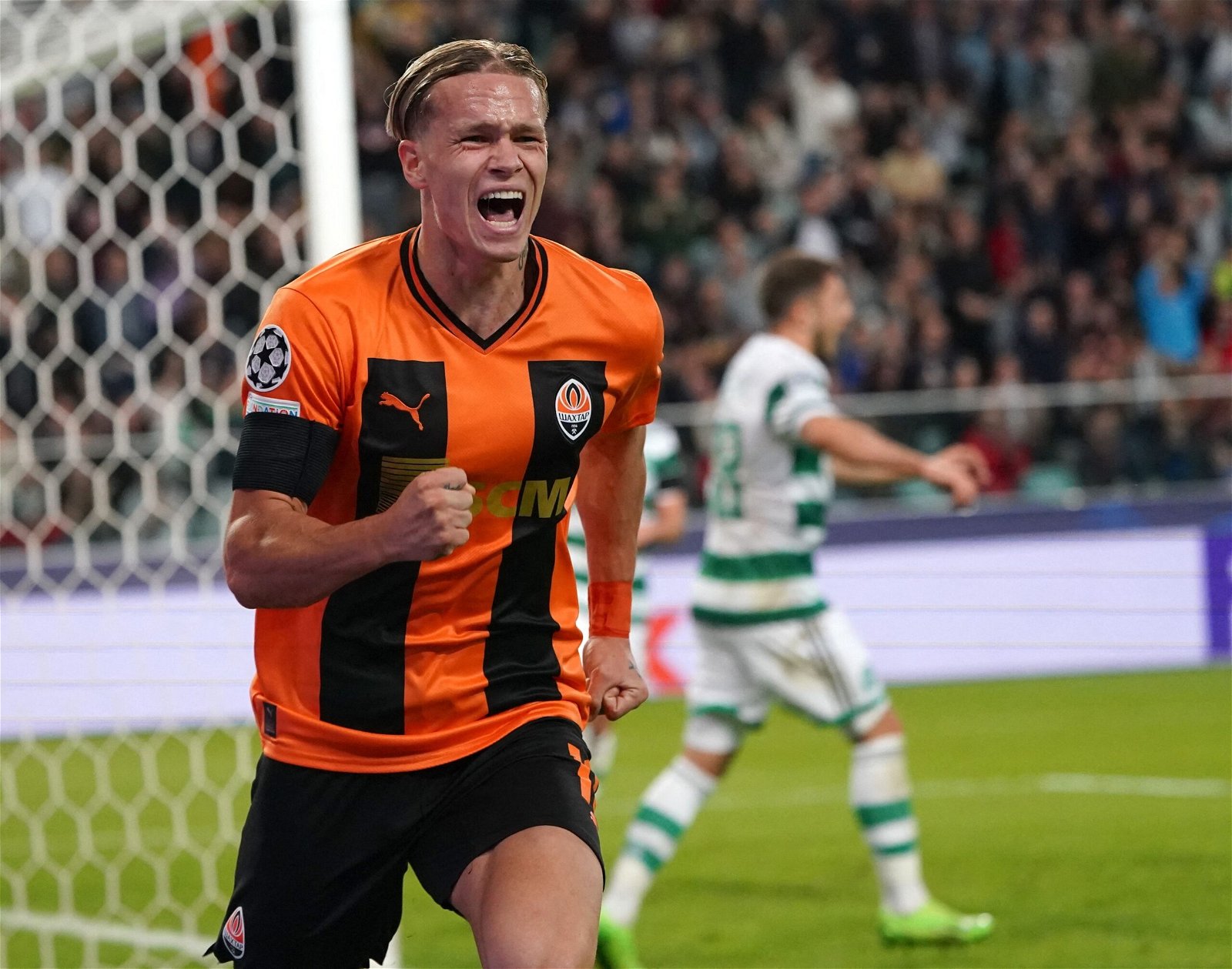 Chelsea could be set to snatch Arsenal target Mykhaylo Mudry from the Gunners’ as the Blues are set for transfer talks over the winger.

This comes as Todd Boehly is planning a mega January transfer window with Graham Potter and his recruitment staff.

David Datro Fofana has already sealed his move to Stamford Bridge while Andrey Santos and Benoit Badiashile are set to follow the Ivorian to the club.

Enzo Fernandez has also been targeted as a the Blues seek reinforcements to boost Potter’s squad, who have been underperforming of late.

It has now been revealed that in doing so, Chelsea could hand a blow to one of their bitter rivals Arsenal.

The Gunners currently sit top of the Premier League table but with an injury to Gabriel Jesus, are seeking reinforcements in the winter window.

One of their top priorities has been to sign Shakhtar Donetsk star Mudryk.

However, as reported by Jack Rosser of The Sun, Chelsea are now attempting to hjack this deal.

This will no doubt put a smile on fans of the Blues, who will remember back to the time they hijacked Tottenham Hotspurs’ deal for Willian, another former Shakhtar Donetsk star.

Rosser reports that despite Arsenal having already agreed personal terms with the winger, Chelsea have already started discussions.

If Chelsea meet his valuation of around £60 million with an additional £20 million in add-ons, and offer better terms than Arsenal, it is believed that they could complete the deal.

Shakhtar sporting director Darijo Srna is travelling to London this week for talks with both clubs and Boehly could look to seal a deal.

It remains to be seen as to whether Chelsea will be successful in their pursuit for the winger, but if they are then it would show real intent by the club.