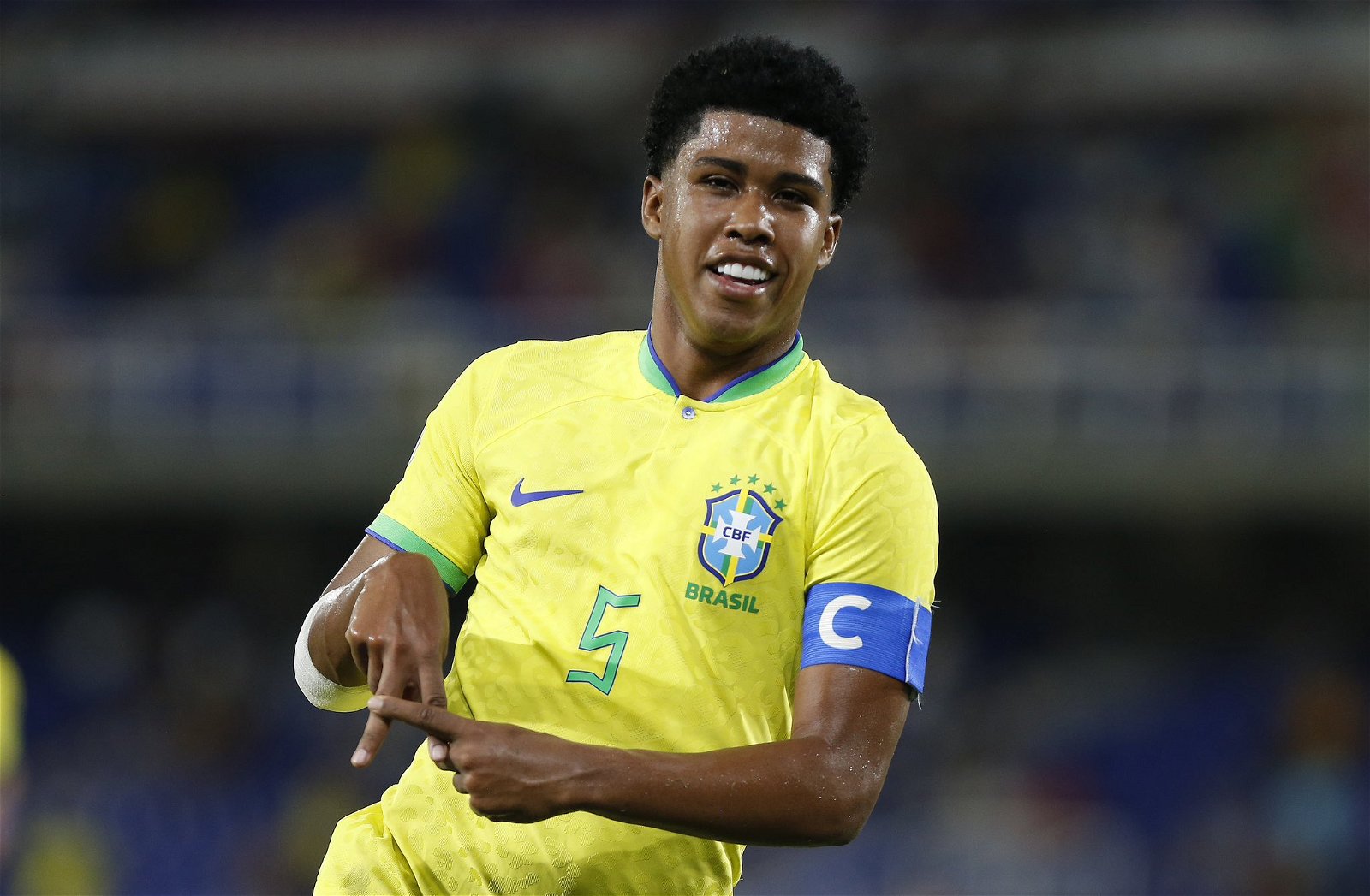 John Terry was known for his dressing room speeches at Stamford Bridge to the rest of his teammates and Chelsea’s new signing Andrey Santos has appeared to follow in his footsteps.

The 18-year-old completed his move to Chelsea earlier this month from Vasco da Gama, with the Blues winning the race to land the Manchester City and Newcastle United target in a deal worth around £18 million.

“It’s a very big opportunity for me,” said the teenager following his switch. “This is a big club playing in big competitions like the Premier League so I am very excited.

Santos was allowed to depart Chelsea this month for National Team duty with the U20s taking part in the U20 South American Championship in Colombia.

READ MORE: Why Chelsea gave Andrey Santos green light to play in U20 tournament for Brazil

During their first two games, which saw Santos take the captaincy, the 18-year-old midfielder has scored two goals, one in each game, helping Brazil to 3-0 and 3-1 wins over Peru and Argentina, respectively.

Prior to the win over Argentina, Santos was captured in the dressing room with a passionate message to the rest of his teammates, with many comparing him to former Chelsea captain John Terry, as well as current Blues defender Thiago Silva.

He said: “Our time has come. Our long awaited dream has arrived. Now it’s time to put everything into practice there.

“Attention! Everyone together. F**k anyone who’s not coming in (in the starting XI). In the second half you will come in and contribute a lot. Let’s go together in search of our dream.”

Brazil’s next game comes against Colombia on Thursday, before Saturday’s clash versus Paraguay in their final Group A outing.