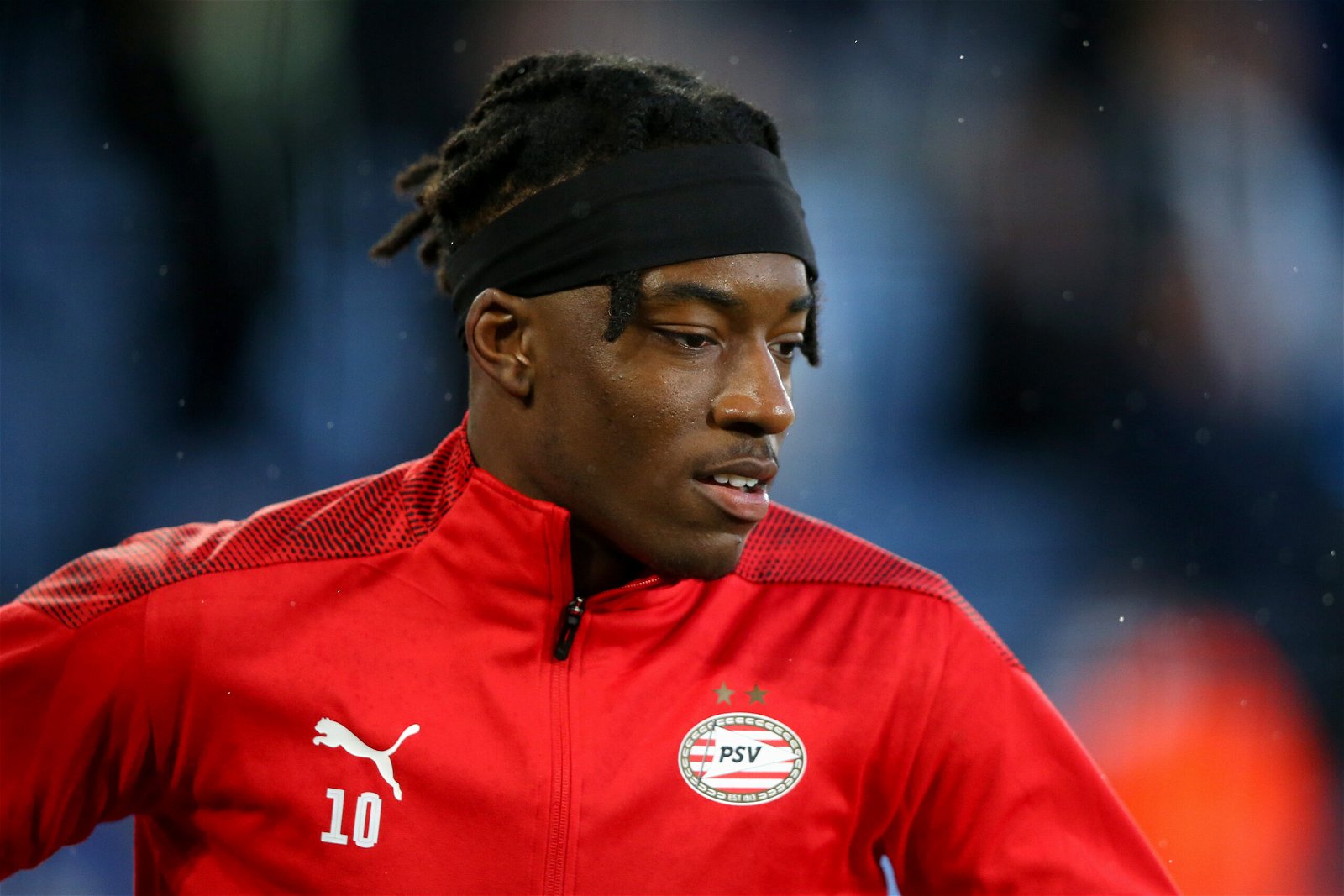 Chelsea’s pursuit of PSV winger Noni Madueke is ongoing despite the Blues confirming the transfer of Mykhailo Mudryk, according to reports.

The Blues confirmed the signing of Mudryk for a fee in the region of £88 million.

Joining Chelsea from Shakthar Donetsk, the 22-year-old was unveiled as a Blues player during their match against Crystal Palace, where Graham Potter’s side came out 1-0 victors.

There were strong reports linking Chelsea with a move for Madueke from PSV just hours before a deal was agreed with the Ukraine club for Mudryk.

Following the signing of Mudryk, however, all reports linking the Blues with Madueke had gone quiet and fans may have believed that Chelsea were done with their attacking reinforcements.

Joao Felix, David Datro Fofana and Mudryk have all been brought in during the January transfer window to reinforce the front line and it appears that the spending in attack is not over.

A move for Madueke remains on the cards for the Blues despite the attacking additions already made just half way through the January transfer window.

As reported by Dutch journalist and PSV insider Rik Elfrink, Chelsea’s interest in Madueke is ‘not over yet’.

He wrote: “Madueke created a portion of opportunities at PSV yesterday (Sunday) that makes a horse hiccup. His finishing wasn’t good either, but he didn’t play a bad game.

“The transfer troubles with Chelsea are not over yet, by the way. Still waiting.”

The Dutch side conceded a last minute equaliser away at Fortuna Sittard, with Madueke completing the 90 minutes.

It was previously reported that Chelsea had launched an initial verbal offer of £26.5 million for the English winger, who is formerly of Tottenham Hotspur and Crystal Palace.

But it appeared that progress had halted as Mudryk became the priority, and with the 22-year-old now signed, Madueke could be the next through the door.

It remains to be seen as to whether Chelsea will return to the table for the winger, but if the reports from the Netherlands are anything to go by, this deal is not dead just yet.