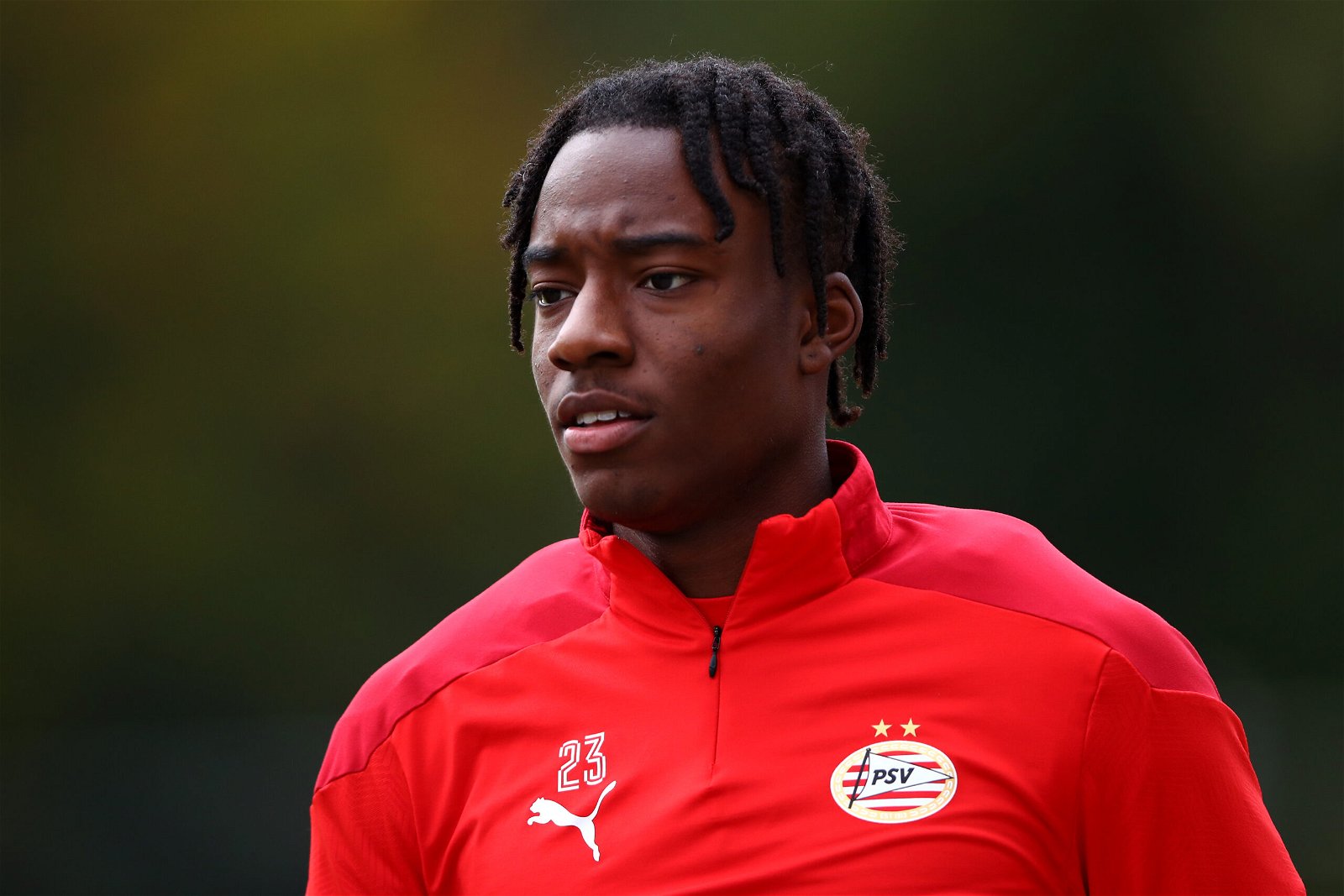 Graham Potter has broken his silence on Chelsea’s imminent transfer announcement of Noni Madueke from PSV.

The 20-year-old is currently finalising his switch to Chelsea this month after a fee of around £28.5 million was agreed between the clubs.

Madueke flew to England on Thursday night having agreed personal terms with the Blues over a long-term contract at Stamford Bridge until 2031.

READ MORE: All the details ahead of Noni Madueke’s transfer to Chelsea

During his pre-Liverpool press conference, Potter was asked about the attacker’s arrival but he remained tight-lipped.

He said: “There’s a lot of noise but nothing to announce. I’m not in a position to speak any more until he’s a Chelsea player.”

PSV coach Ruud van Nistelrooy confirmed Madueke’s departure and was left with mixed emotions as the England U21 international moves back home.

“A mix of emotions,” said van Nistelrooy. “We are losing a good player because of his departure.

“There was no turning back and there was a solid financial compensation. I can empathise with the importance of the club.”

However, he won’t be available to feature against Liverpool on Saturday afternoon should his move be confirmed by the club prior to the Premier League clash.

Potter was coy on any further additions being acquired this month once Madueke puts pen to paper in west London.

“I don’t think there’s going to be too many (more signings). I’ve got no complaints about the squad. The January window is very complex.”