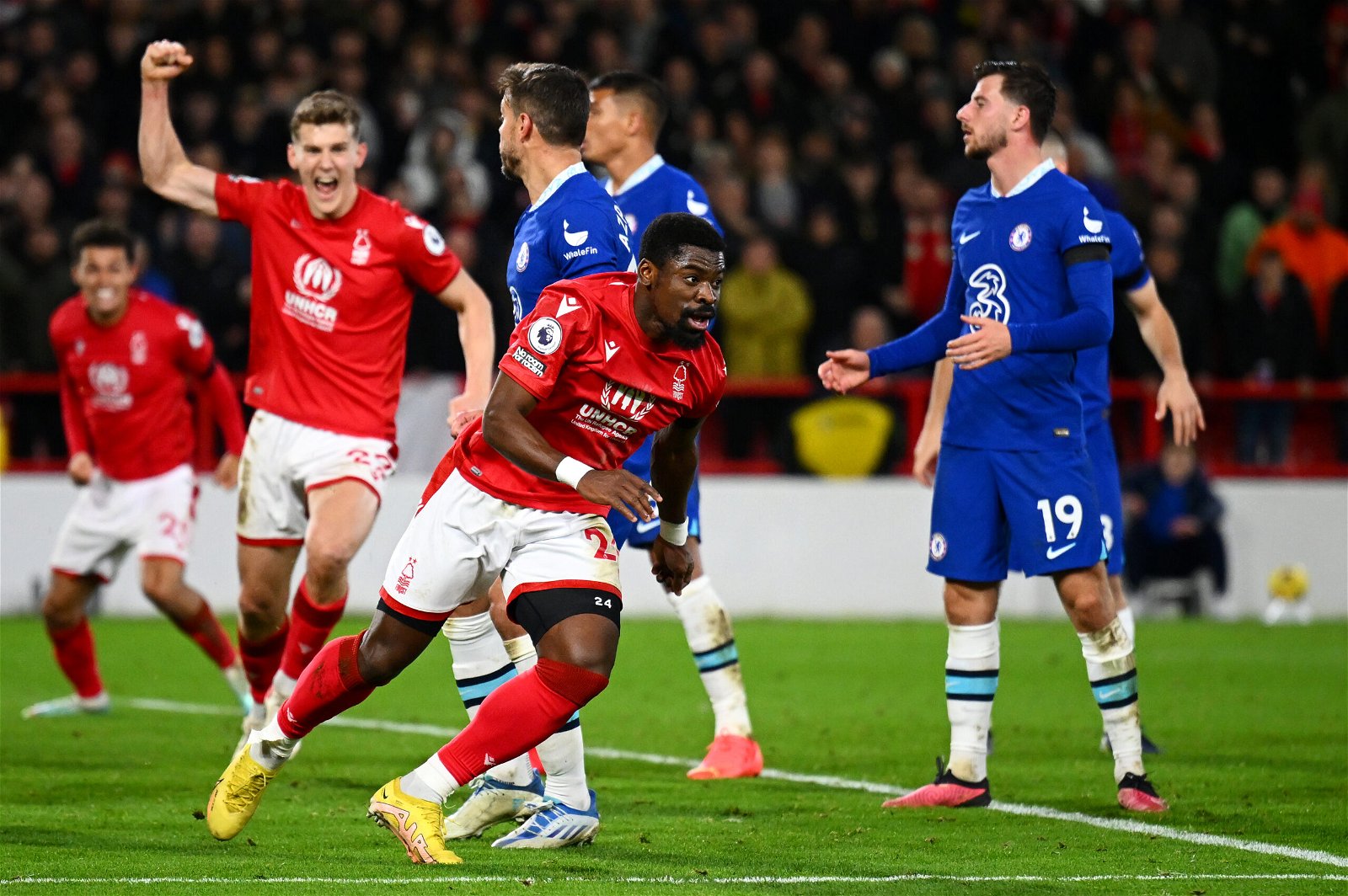 Chelsea came away from Nottingham on New Years Day with a point after a disappointing performance at the City Ground.

Raheem Sterling opened the scoring 16 minutes in, lashing in a volley after the ball fell to him from a deflected cross.

However, Nottingham Forest dominated the second half and equalised through Serge Aurier after an hour.

New Chelsea signing David Datro Fofana was spotted in the stands, having officially joined the club upon the opening of the January transfer window.

The Blues got off to the better start but were under pressure from the Nottingham Forest counter attack.

Kepa Arrizabalaga kept the scores level in the opening moments, doing brilliantly to deny Brennan Johnson with a double save.

Just minutes later, Sterling put the Blues ahead after Christian Pulisic saw a cross deflect onto the bar.

Sterling was in position to claim the rebound, firing his side into the lead, which they held until half-time despite a fiery first period.

It was Forest who began the second period on top, with Johnson doing well on the counter attack but Kepa did brilliantly to deny the Welshman once more.

Morgan Gibbs-White came the closest to equalising, firing a shot from outside the box which bounced off the crossbar and onto the line as Chelsea were let off again.

And the hosts were level just after the hour mark, with Aurier netting against the Blues.

Kai Havertz failed to clear from a corner before Willy Boly headed the ball to Aurier, who poked past Kepa.

The introduction of Hakim Ziyech saw the Moroccan as a creative spark, producing a fine cross which neither Pulisic or fellow substitute Pierre-Emerick Aubameyang were able to get on the end of.

Graham Potter’s men were underwhelming yet again as they dropped further points, meaning that it is just one win in the last seven Premier League games for the Blues.