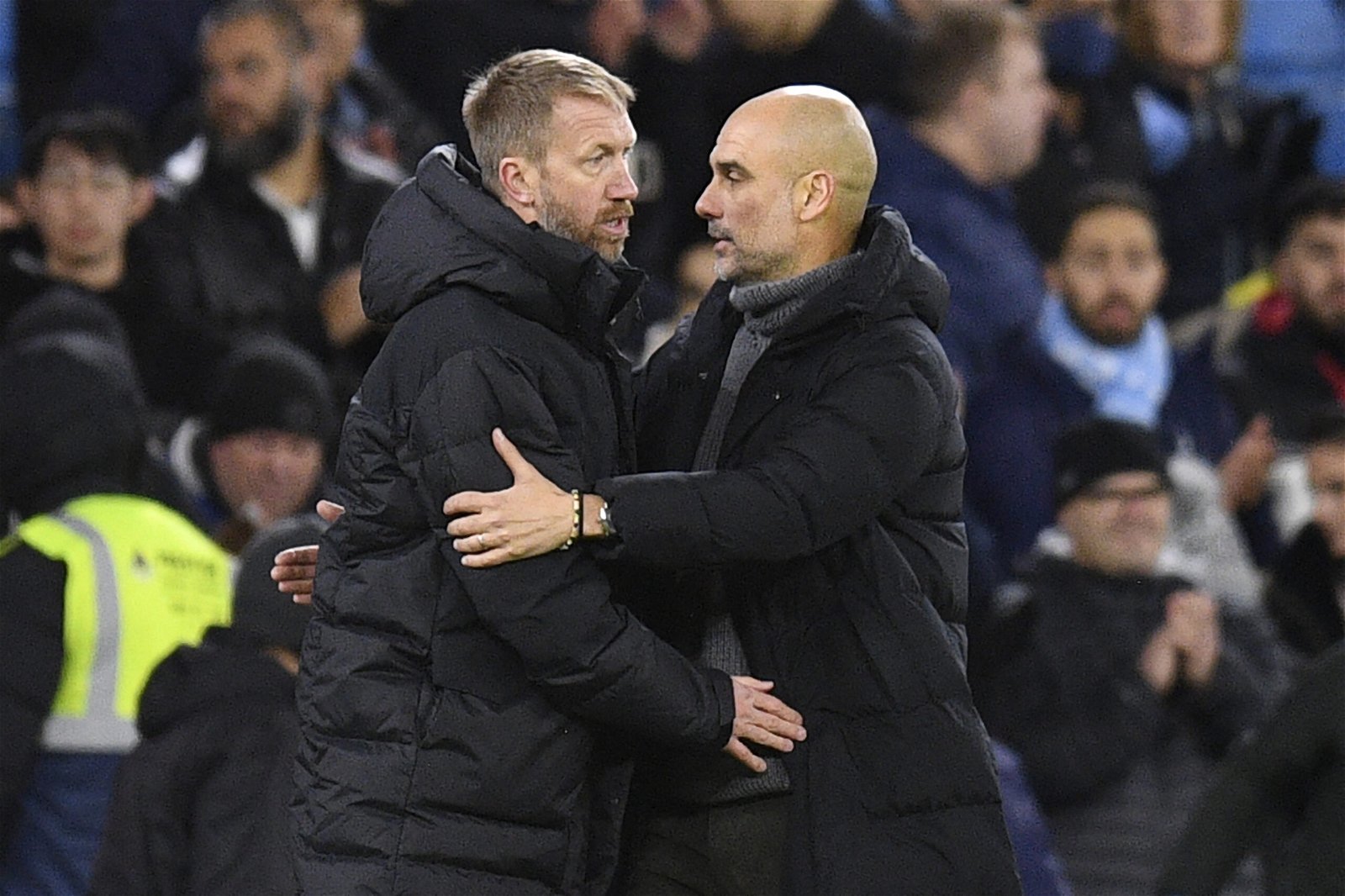 Pep Guardiola has told the Chelsea hierarchy to stick with Graham Potter as the Blues go through a transitional period of suffering and pain.

Chelsea were thumped 4-0 by Manchester City at the Etihad Stadium on Sunday evening as they crashed out of the FA Cup.

Despite many injuries, the defeat in Manchester could not be blamed on the absences as City didn’t even have to get out of third gear to easily progress past Chelsea into the fourth round to set up a tie against either Oxford United or Arsenal.

The pressure is mounting on Potter and his side who have now won just one game in their last seven in all competitions.

Chelsea have slipped to 10th in the Premier League, top four looks increasingly unlikely, and are out of both the Carabao Cup and FA Cup due to defeats against Man City.

All that is left for Chelsea is the Champions League, with a tie against Borussia Dortmund awaiting them next month in the round of 16.

It’s a test of the new owners’ nerve following their decision to sack Thomas Tuchel and appoint Graham Potter for a shift in approach to more of a long-term thinking at Stamford Bridge.

He has the full support of Todd Boehly and Behdad Eghbali but the noise is increasing .

However, Guardiola has offered his support to the 47-year-old and believes Chelsea’s owners need to give him time to succeed in west London.

“I would say to Todd Boehly, it was a pleasure to meet him, but give him time,” responded the Man City boss to questions over Potter.

“Give him time. The second part is about what he is. All the managers need time and he is right. At Barca, I didn’t need two seasons because I had Messi.”