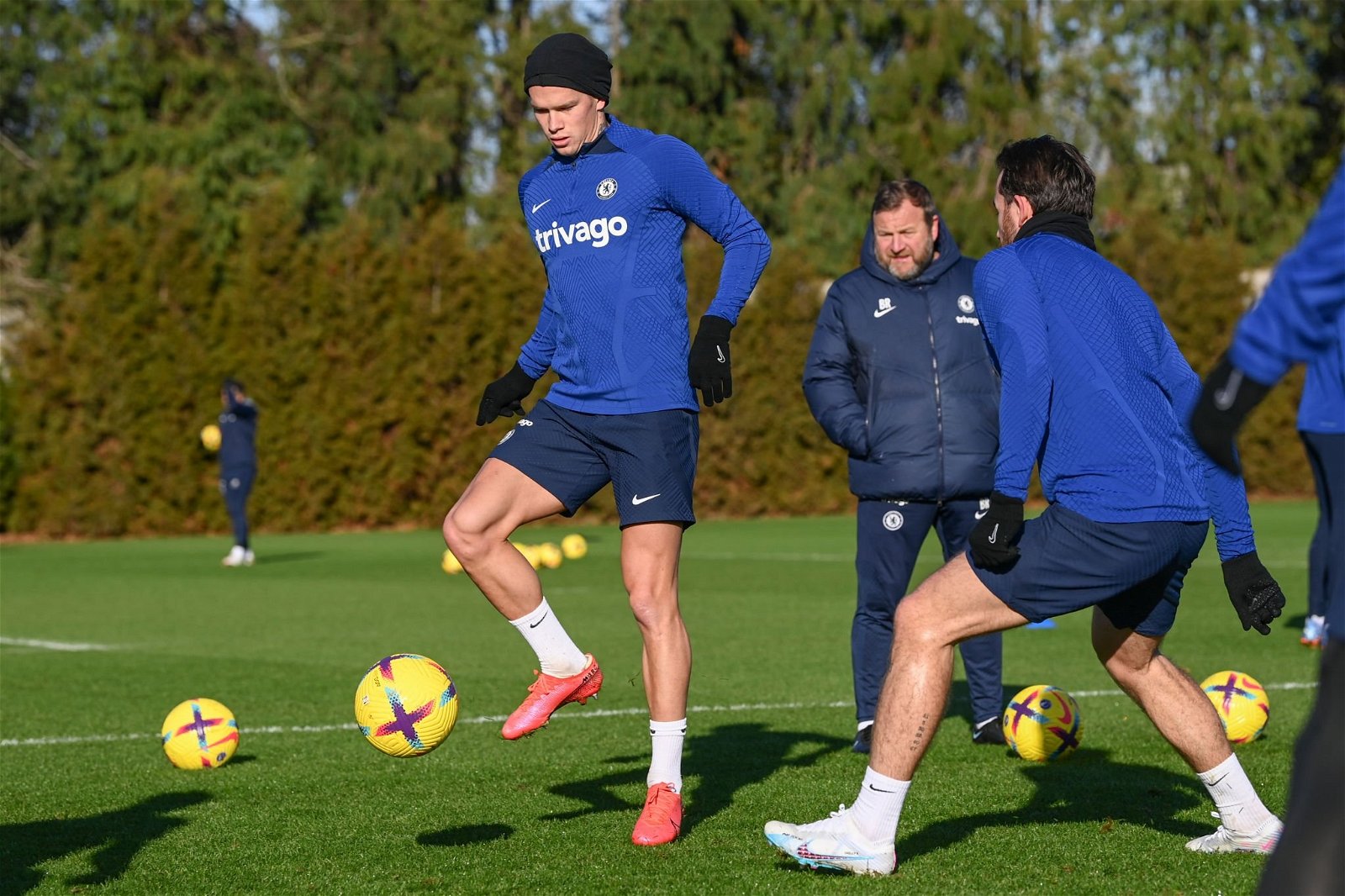 Graham Potter has revealed whether Mykhailo Mudryk will make his Chelsea debut this weekend against Liverpool.

Chelsea travel to Anfield for the early kick-off on Saturday and Mudryk is in contention to feature after training with his new teammates for the first time earlier this week at their Cobham training base.

Mudryk’s £88 million transfer from Shakhtar Donetsk was confirmed last Sunday during their 1-0 win over Crystal Palace, which saw him be introduced to the Stamford Bridge crowd at half-time.

The 22-year-old has settled into his new surroundings this week and Potter has confirmed he could feature against Liverpool as they eye back-to-back wins in the Premier League for the first time this year.

“There’s a chance,” responded Potter, when asked about Mudryk potential making his debut on Saturday.

“It’s about how much he can do. 90 minutes? No, but there is probably a role for him at some stage of the game.”

The Chelsea head coach hailed his speed and exciting ability which adds to the Blues’ attack that is currently without Christian Pulisic (knee), Raheem Sterling (hamstring) and Armando Broja (ACL).

“(He’s settled in) Really well. He’s a young player, an exciting player, fantastic speed and excellent in one-vs-one situations. He can attack the backline and now we’ve just got to help him adapt to the Premier League and adapt to us.

“He’s come from a mid-season break so hasn’t played so much football recently. But he’s been training well. So we’ll assess him and see how much he can play at the weekend.”

Chelsea are also without Joao Felix. He is serving the second of his three-game suspension following his red card against Fulham on his debut.

READ MORE: When Joao Felix is set to return to Chelsea side from suspension

Potter selected him to start despite joining just 24 hours prior which could indicate Mudryk has a strong chance of beginning the game on the pitch at Anfield.

After the big-money move, Chelsea and Mudryk will both be hoping he hits the ground running if he features on Saturday.