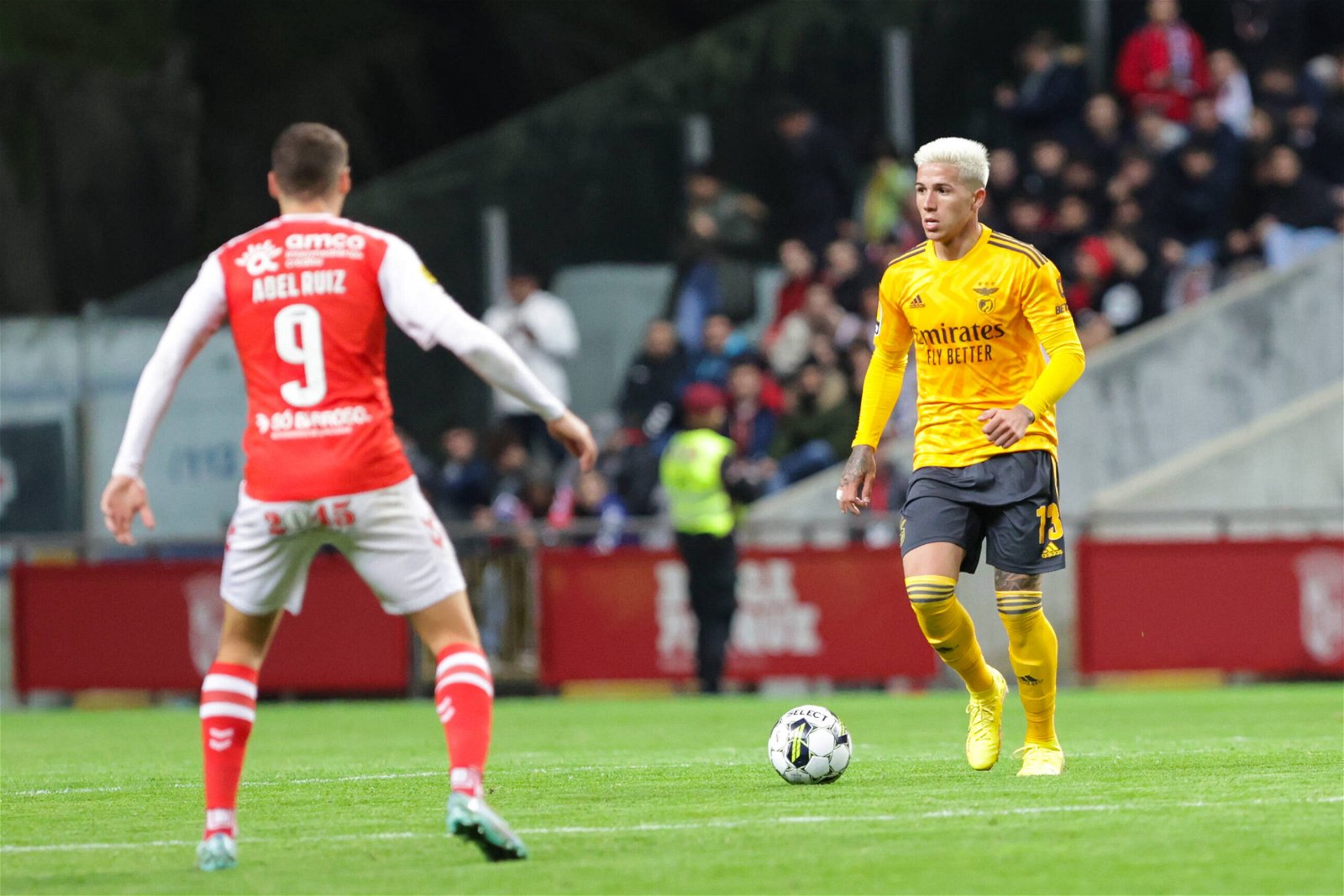 Graham Potter was questioned about Benfica coach Roger Schmidt’s comments about Chelsea’s handling of their transfer pursuit of Enzo Fernandez.

Fernandez, 21, has been the subject of heavy interest from Chelsea this month and has had his head swayed in favour of a move to Stamford Bridge which has seen him miss training sessions without permission.

Chelsea have slammed by Benfica for trying to use the tactic to get Fernandez on side to try to help their negotiations to get a cut-price deal for Fernandez.

“We do not want to sell Enzo. Not me, not the president, nobody,” said Schmidt in a press conference this week.

“We know, everyone knows, he has a clause in his contract and if the player wants to leave and someone comes and pays the clause, of course we cannot work against that. Then maybe we will lose the player.

‘There is a club who wants our player. They know we don’t want to sell the player. They tried to get the player on their side and they know that they can only get this player when they pay the clause.

Fernandez has a release clause of €120 million and Chelsea have been suggested to indicate they are prepared to meet the figure, before lodging a lower offer at the final attempt which saw Benfica pull away from negotiations and revert to their stance of release clause or he won’t be sold.

His stock has risen following his World Cup triumph with Argentina last month. He also picked up the Young Player of the Tournament award.

The 21-year-old only joined Benfica last summer from River Plate but his performances in Qatar has fast-tracked interest from Chelsea and several European sides.

Whether Chelsea will make another attempt before the end of the month remains unclear, with the owners reluctant to pay the full €120 million upfront.

Chelsea have injury problems and need to strengthen in most areas of the pitch to bolster Graham Potter’s squad.

They suffered a 1-0 defeat to Manchester City on Thursday night which severely dampened their hopes of clinching Champions League qualification for next season.

Potter, who has previously refused to comment on the areas he’d like improving this month, was asked about Schmidt’s public shaming of Chelsea however did not want to make any comment.

He said: “I don’t get involved in conversations via the media. I’ve nothing to say. No comment.”

Chelsea have made two signings already this month. David Datro Fofana and Benoit Badiashile have both been confirmed, while Andrey Santos’ transfer from Vasco da Gama is done and now pending official confirmation from the clubs.