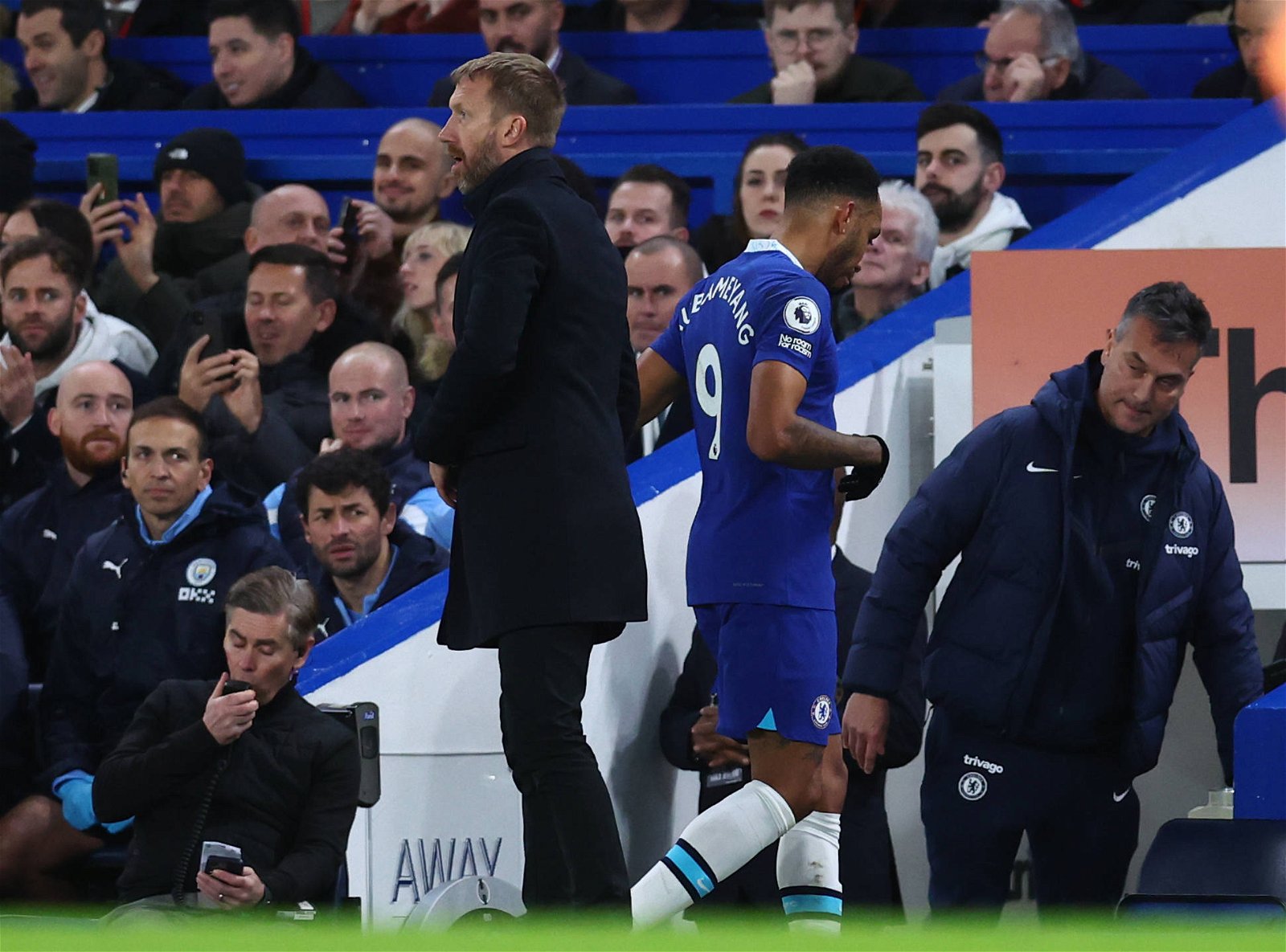 Graham Potter’s decision to substitute Pierre-Emerick Aubameyang against Manchester City in the second half after he was brought on in the early stages has sent a clear message to the Chelsea team.

Chelsea suffered a 1-0 defeat to Man City after Riyad Mahrez tapped in at the back post from a Jack Grealish cross in the 63rd minute. Despite another loss and slipping to 10th, there were plenty of positives to take from the game including the effort and fight the players showed on Thursday night.

Potter has been called on to make the right selection decisions but his hand has been forced through injuries. Amid the mounting injury list, Mason Mount picked up a knock in the lead up to the game, while Raheem Sterling and Christian Pulisic both game off in the first half due to injury.

Sterling came off after five minutes and it gave the chance for Aubameyang to make a difference, but he didn’t. The 33-year-old was then hooked in the 68th minute as Potter made a triple change to try to find an equaliser in response to the visitors goal five minutes prior.

As he came off Omari Hutchinson, Aubameyang didn’t look impressed when he walked off the pitch and past Potter to take his seat on the bench. A ruthless call from the Chelsea head coach, who defended his decision and praised the Gabon international.

“He came on after one minute, hadn’t played for a while, and put in an absolute shift for us given Manchester City make you run a lot,” Potter said, as quoted by football.london. “I thought he did everything he could for the team. He was fatiguing a little bit, same as Hakim (Ziyech), so that was the decision.

“We needed a little bit of energy so I thought we could use Omari, Conor (Gallagher), and Lewis (Hall). Of course, players want to stay on the pitch and influence the game. It’s a normal reaction.”

Potter was asked if he spoke to Aubameyang about the decision and he was clear in his response. The answer was no.

The 47-year-old didn’t need to explain his reasons other than to help push the team on to try to find an equaliser.

“No, I’ve not got time to speak in any depth in that point,” added Potter. “You understand that footballers want to play and help the team. It’s a decision we have to make.

“He hasn’t played for a while and playing against Manchester City as a forward, sometimes you have to do a bit of work off the ball. He gave everything for the team and was fatiguing a little bit. So that was the decision.”

The youngsters did their chances no harm on Thursday night, all showing what they can give to the Chelsea side between now and the end of the season.

Potter’s decision on Thursday proved he is willing to take uncomfortable selection decisions, even with the most senior players at the club.

If he continues this trend moving forward he will gain more respect, take more control and authority over the squad as they look to build a solid foundation to work on for the long-term in a bid to climb up the table.

Albeit it was another defeat which has left them with one win from their last eight league games, Potter and co made progress on Thursday night. Aubameyang will either have to accept that and play his part, or move on.