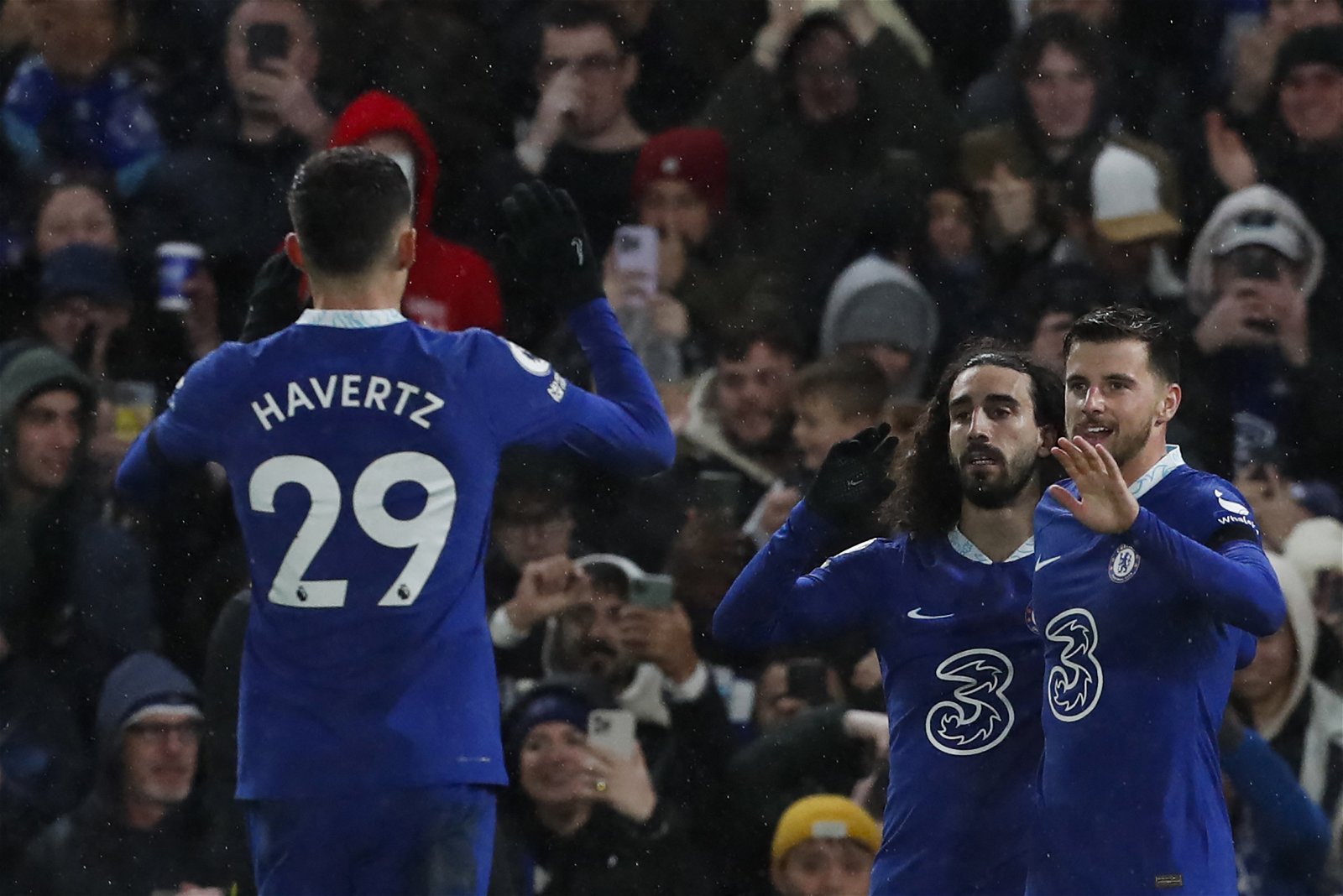 Chelsea kick off their 2023 with an away trip to face newly-promoted Nottingham Forest at the City Ground.

A New Year’s Day clash awaits and Graham Potter will hope his side don’t have a hangover heading into the New Year as they back-to-back wins in the Premier League.

Chelsea are currently eighth after beating AFC Bournemouth 2-0 on Tuesday night, ending their run of five league outings without victory.

Kai Havertz continued his World Cup form for his club with a goal and assist, with Mason Mount getting Chelsea’s second in west London to claim all three points.

Potter will be keen to extend their winning run to two games and build momentum and confidence ahead of their league and FA Cup clashes against Manchester City which await next week.

The 47-year-old could opt to keep the same team which started on Tuesday night other than the enforced change following Reece James’ knee injury setback that will sideline him for up to a month.

READ MORE: The six games Reece James will miss due to his knee injury setback revealed

So how could Chelsea line-up against Nottingham Forest?

After a strong showing in the first-half, Chelsea’s starters versus Bournemouth will believe they have done enough to retain their starting roles.

With James’ absence, Cesar Azpilicueta is likely to fill in at right-back after he came on for the England international on Tuesday night.

Edouard Mendy is a doubt for the game, therefore extending Kepa’s run in the Chelsea side.

Mateo Kovacic and Hakim Ziyech will be available after their World Cup returns this week, however could begin on the bench at the City Ground.

Potter is wary of the newly-promoted side and knows his team need to be ready for a hostile atmosphere in Nottingham when they take on Forest.

The Chelsea head coach said: “You always have to be wary in the Premier League. You can’t say it’s the greatest league in the world and then think there are easy games. There aren’t. Forest got a fantastic result against Liverpool before the break and I have huge respect for Steve Cooper and the job he has done there. He is a fantastic coach.

“So they’ll be ready and the atmosphere will be hostile I’m sure. It’s their first year back in the Premier League for a long, long time and every game – especially Chelsea coming to town – is a big game for them. So they’ll be motivated, have quality, and be fighting for the points. So we have to be ready.”