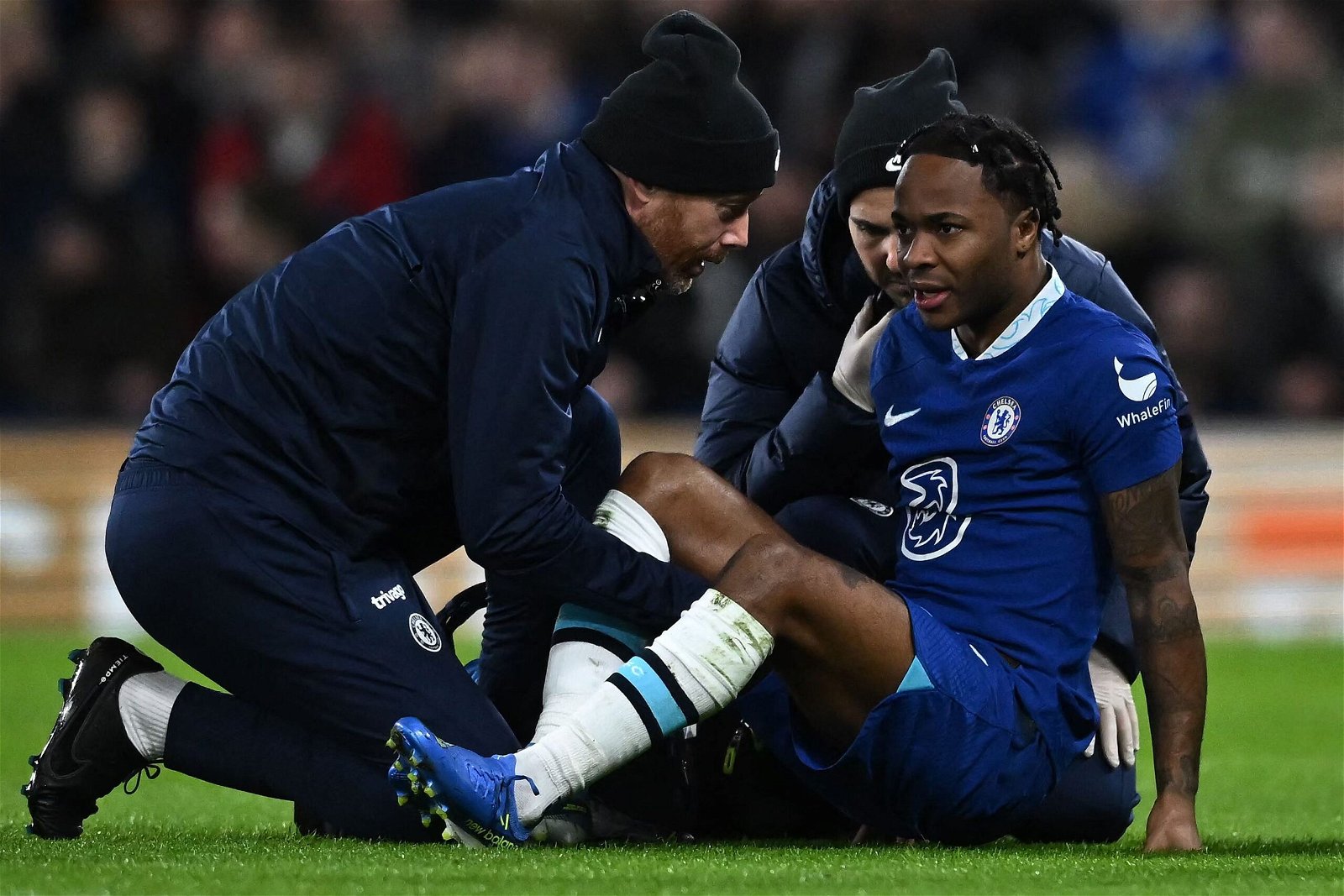 Raheem Sterling is waiting to find out the extent of his hamstring strain sustained against former side Manchester City on Thursday night at Stamford Bridge.

Graham Potter’s injury problems grew on Thursday as three players were added to the growing list which have affected Chelsea since the beginning of the season.

Mason Mount was ruled out for the match, which ended in a 1-0 defeat for Chelsea, after picking up a knock in training ahead of the game.

“He had a kick in training yesterday,” confirmed Potter pre-match.

Potter frustrations were evident when he spoke to Sky Sports. He added: “When it rains it pours, as they say. Happy New Year!

“That’s our challenge. We haven’t functioned as well as a team as we can. Instability doesn’t help. Brighton is a process, it takes time. We are four months in, we lost players for six weeks.

“We got injuries to key players. We try and find a solution.

“How do you replace Reece James, N’Golo Kante, Wesley Fofana? These guys are key players. I don’t want to make excuses but we need stability and are working towards it.”

Their bad luck continued just minutes into the encounter at Stamford Bridge. Sterling went down following a challenge and was unable to continue. He was taken off and replaced by Pierre-Emerick Aubameyang.

The Athletic have offered an update on the 28-year-old’s fitness status and confirmed he has had a scan on Friday after sustaining a hamstring strain.

Sterling is hoping to be fit in time to face former club Liverpool at Anfield on January 21, however will not rush his return in case he suffers a setback, which both him and Chelsea do not need considering their mounting problems.

Pulisic was also forced off in the first half due to injury, with Potter revealing post-match: “Christian’s, he was running at full pelt and it’s a blocked shot and contact with his knee. Fingers crossed it’s not too bad.”

Mount could be in contention for Sunday’s FA Cup third round clash against Man City at the Etihad Stadium, but Potter will be with a depleted squad which could give more youngsters a chance to get first-team minutes under their belt.