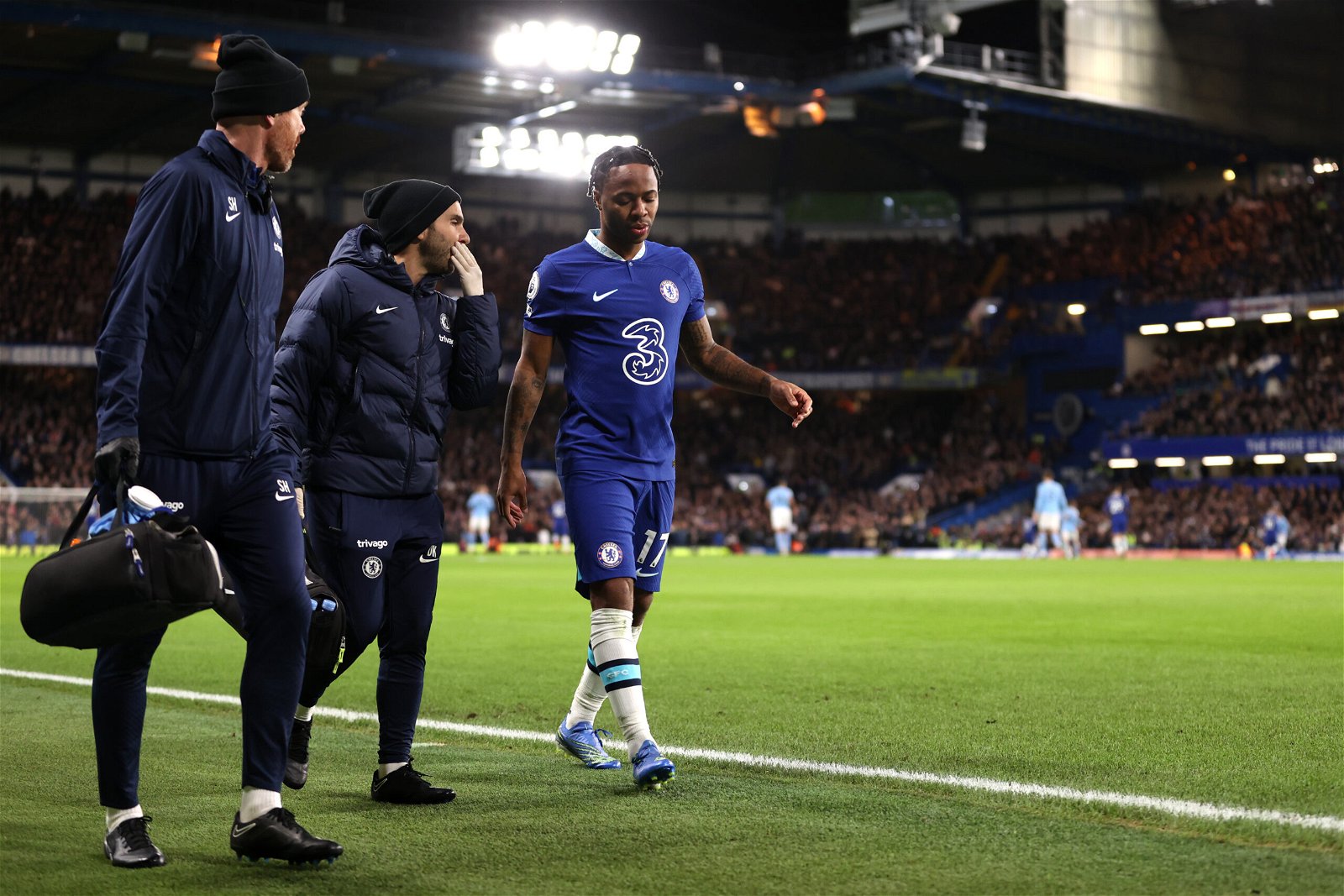 Raheem Sterling’s wait to return to the Chelsea side will extend until February after his comeback date was was revealed.

The 28-year-old was forced off in the opening five minutes at the beginning of the year during their 1-0 defeat to his former side Manchester City at Stamford Bridge on January 5.

Sterling suffered a hamstring strain and added to Chelsea’s injury problems which have continued to increase throughout the season. The England international was joined by Christian Pulisic, who came out shortly after with a knee injury and is now out for two months.

After an inconclusive initial scan, with hopes of a return against Liverpool on January 21, Sterling underwent a second scan and it confirmed he will be sidelined for evening longer, as reported by The Athletic.

Sterling, who didn’t want to rush his return in case of setback, is now hoped to be back next month in time for their Champions League away tie against Borussia Dortmund on February 15 for the last-16 first leg tie.

Prior to the 2-1 loss to Fulham on Thursday, head coach Graham Potter confirmed Chelsea were still analysing Sterling’s injury situation. He will be continually assessed.

“Raheem had an action in the first minute of the game, a back heel that was a bit strange and felt something in his hamstring. Again we’re analysing that.”

He is one of 10 injuries currently: Edouard Mendy, Reece James, Ben Chilwell, Wesley Fofana, N’Golo Kante, Ruben Loftus-Cheek, Denis Zakaria, Pulisic and Armando Broja are also still sidelined and yet to return for the Blues.

Chelsea have opened a review into their medical department over the treatment and recovery of players as they look to improve the club’s injury record.

With Sterling out until February, he will miss four matches, which all come in the Premier League, against Crystal Palace, Liverpool, Fulham and West Ham.

Until then, Potter will have to find solutions and the options are becoming limited following loan signing Joao Felix’s red card on debut in midweek.