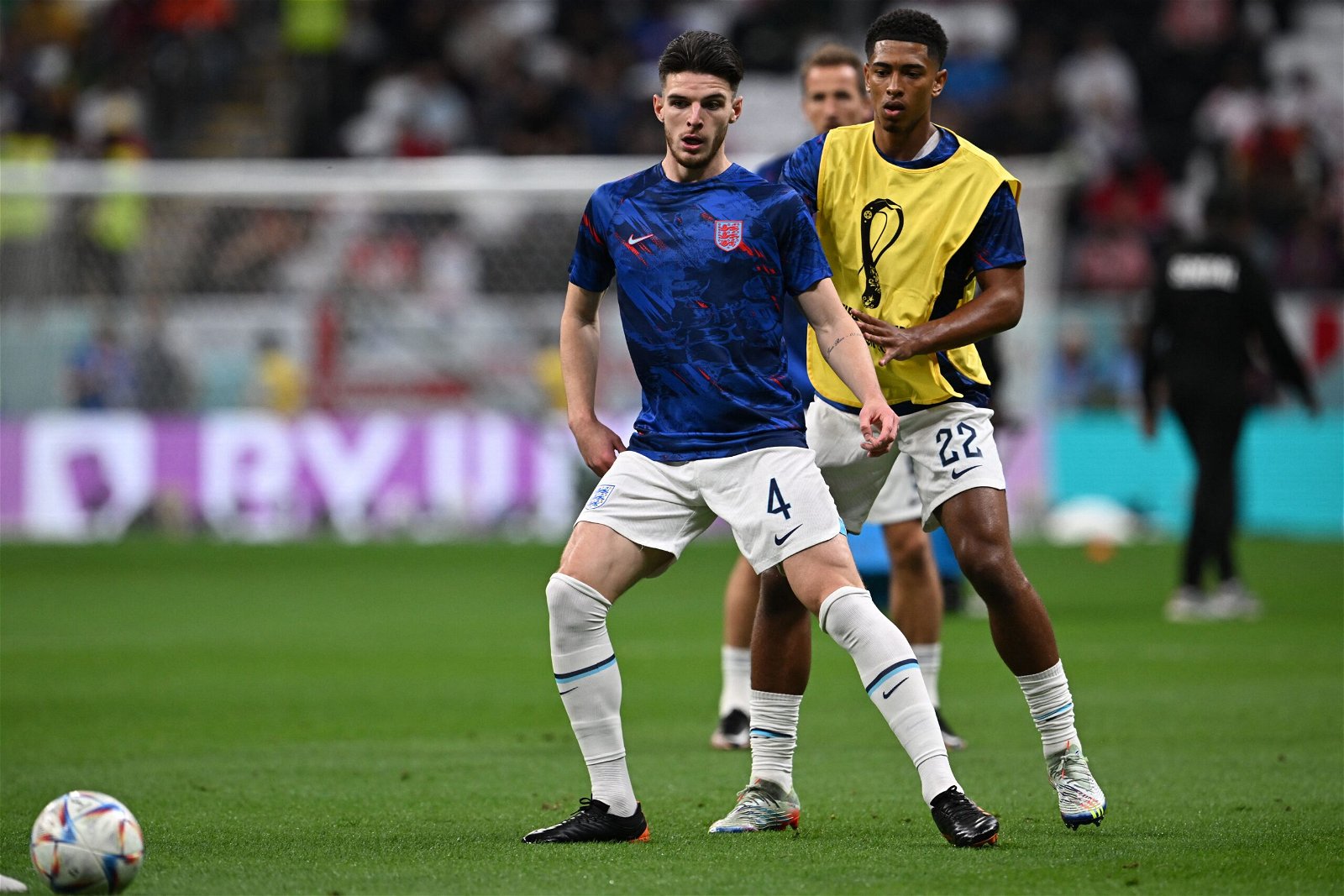 Todd Boehly’s Chelsea transfer plans regarding England’s midfield pairing of Declan Rice and Jude Bellingham have been revealed, according to reports.

Since Boehly and Clearlake Capital bought Chelsea in May, the Blues have been splashing the cash, bringing in an array of youth talent and spending big on first-team signings.

In the summer a club-record of over £250 million was spent, and the west London side are looking to continue in the same manner for the rest of January and into this summer as well.

One of the key areas particularly being targeted for the summer is the midfield, there could be a complete overhaul to the current options head coach Graham Potter has at his disposal.

Both Jorginho and N’Golo Kante’s contracts expire at the end of the season, and big decisions need to be made over whether they will stay or go.

Jorginho’s agent, Joao Santos has confirmed the Blues have offered the Italian a new contract to extend his stay to ensure he does not leave the club on a free transfer.

Regarding Kante, previous reports suggest that Chelsea are growing in confidence over extending his contract, the 31-year-old has been battling a hamstring injury this season, but ‘positive progress’ over a new deal has been made.

Their futures remain uncertain though, meaning the Blues have been lining-up potential targets to pursue.

The number one option this window has been Enzo Fernandez, the 21-year-old has just come off the back of a fantastic World Cup with Argentina, and Chelsea have been keen to complete a swoop.

While things were progressing well, the transfer that was edging closer has suffered a huge blow, Benfica have rejected a reported offer of €85 million, and are demanding his €120 million release clause be paid instead.

It seems unlikely that Chelsea will complete a move for him this month now, meaning they may just have to look ahead to the summer.

As reported in The Telegraph, Boehly and Behdad Eghbali have been making inroads into the Bellingham camp, who will be one of the most highly sought after players in the next window.

It will be a tough fight to acquire the 19-year-old who has been in excellent form this season, a high price will have to be paid, but it would surely be worth it to add a superstar talent to the ranks at Stamford Bridge.

There is also still a lot of interest in West Ham United midfielder Rice, his side have been struggling in the Premier League this season and he may be looking to jump ship in the summer.

The West Ham midfielder could cost around £80 million, per reports, while Dortmund may command a fee of around £130 million for Bellingham.

Rice, of course, formerly played in the Chelsea academy, and although they may have to fork out a lot of cash to get him back, he is admired by Potter and would provide a huge to boost in the centre of the park.