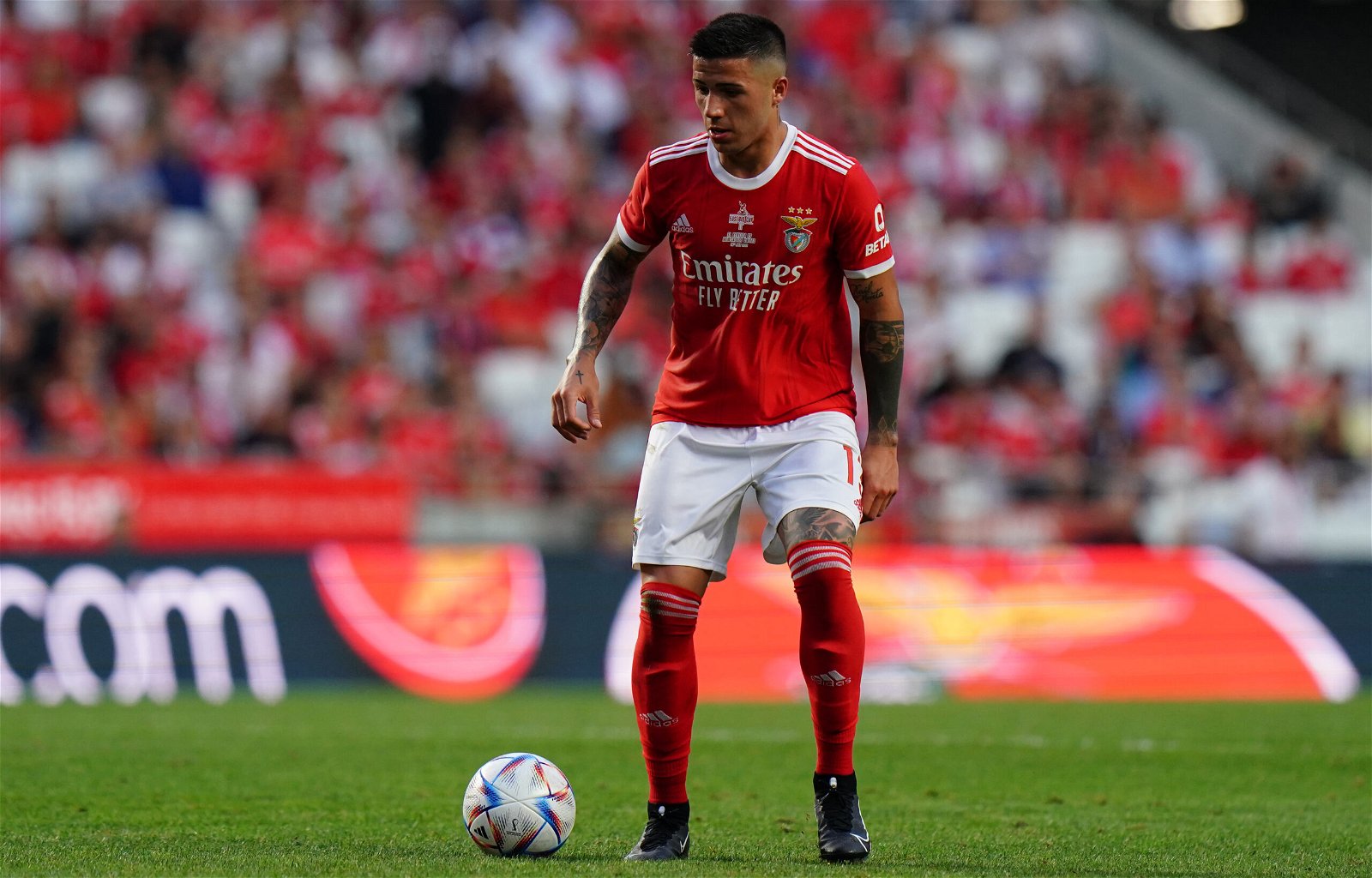 Benfica boss Roger Schmidt has delivered an update on Enzo Fernandez’s future after he scored on his return to the side.

The 21-year-old has been the subject of very public interest from Chelsea this month, but no deal has been agreed despite several days of talks between the clubs earlier in the window.

Fernandez, who was initially convinced to join Chelsea, went ‘crazy’ and missed training after the New Year period having gone to Argentina for New Year celebrations and was subsequently punished by Benfica.

He missed their 1-0 win over Portimonense but was welcomed back into the group following Schmidt’s public slamming of Chelsea over their disrespectful conduct during transfer negotiations.

The World Cup winner was selected in their starting XI to face Varzim in the last-16 of the Taça de Portugal. He rewarded Schmidt with their second, and final, goal of the evening in the 78th minute to progress Benfica through into the quarter-finals.

Fernandez’s celebration indicated the Argentine was at Benfica to stay at patting the badge before pointing to himself and then the floor.

With around three weeks to go until the January transfer window closes, it remains to be seen if Chelsea will renew their attempts to try to sign Fernandez, with Benfica now holding out for his €120 million release clause if he was to leave the club.

But Schmidt expects Fernandez still to be a Benfica player come the end of the transfer window.

He said post-match: “I never doubted his attitude and personality. He’s a great person, he’s at Benfica and he loves playing for Benfica.

“Do I expect to have him after the end of the market? Yes I expect.”

However, Benfica won’t be in control if Chelsea decide to avoid negotiations and trigger the midfielder’s release clause. Fernandez now appears settled back into the Benfica squad, but you can’t rule out his head turning for a second time should the Blues come back in for him this month.