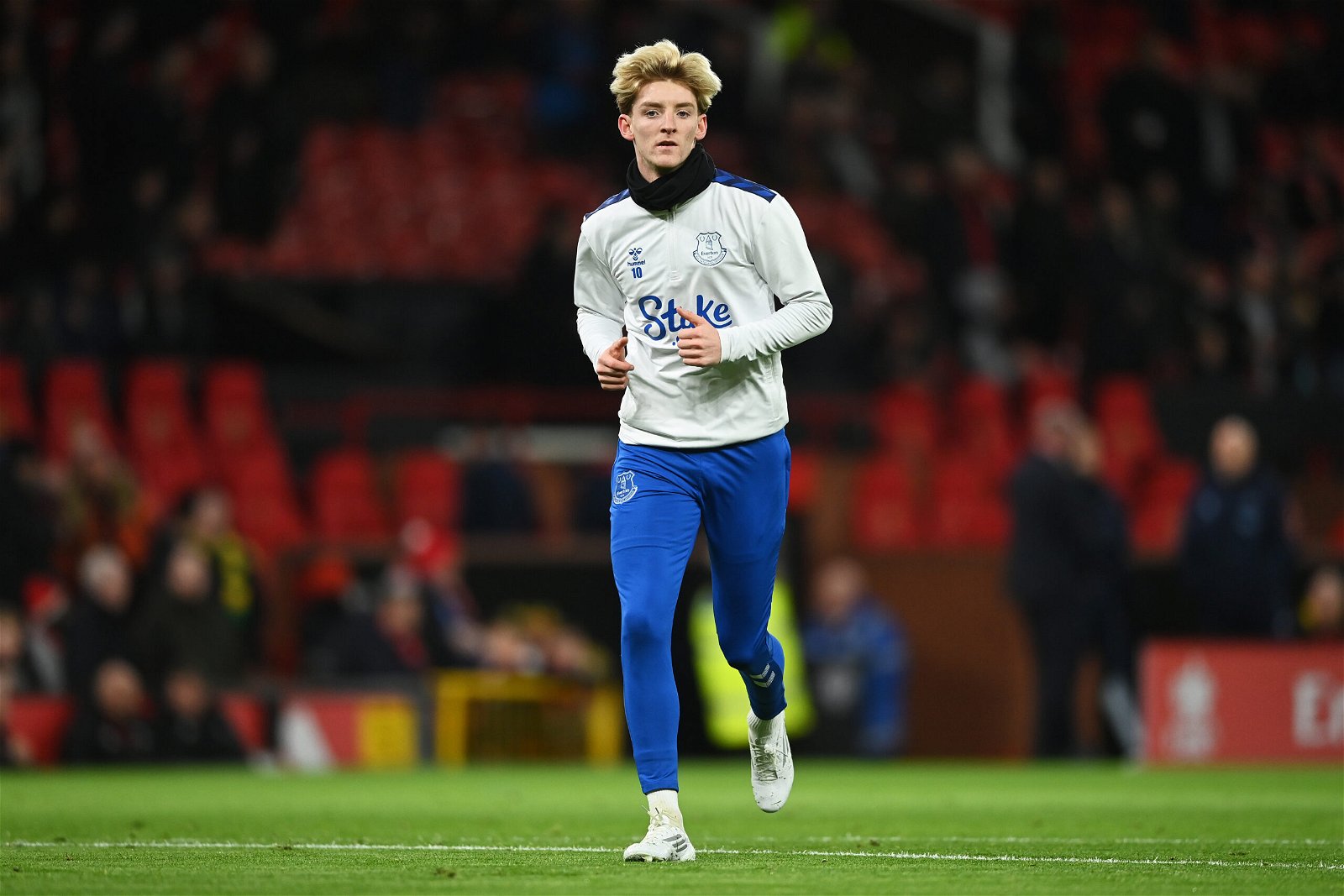 Ross Barkley has played his part in ensuring Anthony Gordon moves to Newcastle United this month instead of joining his former club Chelsea.

Gordon was the subject of strong interest from Chelsea last summer, which saw Everton reject a £50 million offer from the Blues to ensure the forward remained in Frank Lampard’s squad, who has now been sacked.

Chelsea’s interest has cooled in recent months but in recent days their interest has resurfaced, however to what extent remains unclear. Newcastle have been showing interest in the 21-year-old and now look to be closing in on a January transfer.

It has been previously reported by The Telegraph that they are confident of beating Chelsea to his signature, with Gordon also keen on a move to St James’ Park.

Newcastle boss Eddie Howe remained tight-lipped on any potential move ahead of next Tuesday’s transfer deadline.

“Honestly, I’ve got no idea,” responded Howe following their 1-0 win over Southampton in the 1st leg of their Carabao Cup semi-final on Tuesday night.

“I’ve been preparing for the game so I’ve got no idea. But I wouldn’t comment on individual players anyway.”

Barkley, who left Chelsea by mutual consent last summer, currently plays in France for OGC Nice and is a former player of both Everton and the Blues.

With Gordon linked with a switch to Stamford Bridge, it has been reported by Jacque Talbot that Barkley offered advice to the youngster over his next move ahead of his imminent Goodison Park departure.

It’s claimed Barkley told him London as a city is a distraction when speaking about the area, with Gordon favouring a transfer to the North East after warming to the club’s ethos and history.

Despite Chelsea looking set to miss out on the Everton forward, they have already acquired six new signings this month and are still hoping to make one or two further additions before the end of the month.