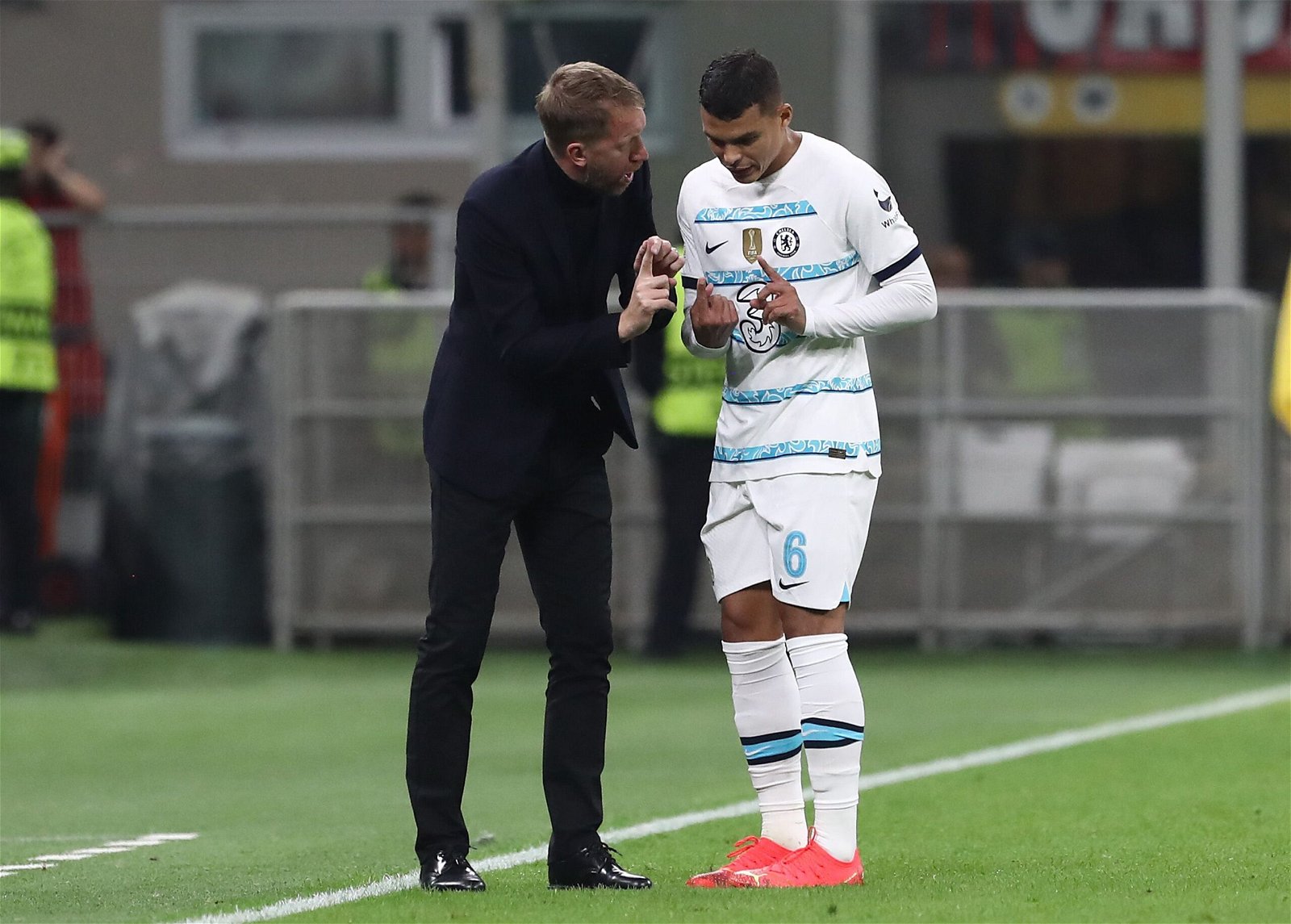 Thiago Silva’s wife, Belle Silva, has taken to social media to deliver what appears to be a dig at Chelsea’s owner Todd Boehly and head coach Graham Potter after a poor run of form since Thomas Tuchel’s dismissal.

This comes following Chelsea’s 4-0 defeat to Manchester City in the FA Cup third round on Sunday evening.

The Blues were poor as Pep Guardiola’s side dominated for 90 minutes, going in to the break 3-0 up before Riyad Mahrez added a fourth goal five minutes before the end of the match.

While Silva was absent from the Chelsea team that fell to defeat in Manchester, he will no doubt have been disappointed by the result at the Etihad.

The Brazilian has been one of Chelsea’s top performers since his arrival from PSG on a free transfer back in 2020, and he struck up a strong bond with both his former managers Tuchel and Frank Lampard.

Having shared a successful spell with Tuchel during their time together at PSG, the Brazilian was no doubt upset by his dismissal last year.

Tuchel was soon replaced by Potter as Chelsea’s new owners, the Todd Boehly-Clearlake Capital consortium, brought in their own man.

And now, Silva’s wife, Belle, has taken to social media to drop what could be deemed as a slight dig towards the decision to relieve Tuchel of his duties and replace him with Potter, who has since seen Chelsea fall to 10th in the Premier League table.

Taking to Twitter, Belle wrote: “I just think that going back or looking for solutions when you take a hasty and totally wrong attitude is not wrong. #goblues”

While showing her support for Chelsea, many fans have read into the comment as a dig towards the decision making at the club.

This comes as the Blues faithful made a dig towards Potter and the board themselves during the game at Man City.

In the second half, the Blues chanted the names of former owner Roman Abramovich and former head coach Tuchel, showing their clear displeasure at the current state of affairs.

Despite this, Potter remains in charge at Stamford Bridge and looks likely to be trusted to steady the ship and build for the future at the club under Boehly-Clearlake’s leadership.

He will be hoping for a positive result when the Blues face Fulham next, with Silva likely to return to the line-up for the derby.