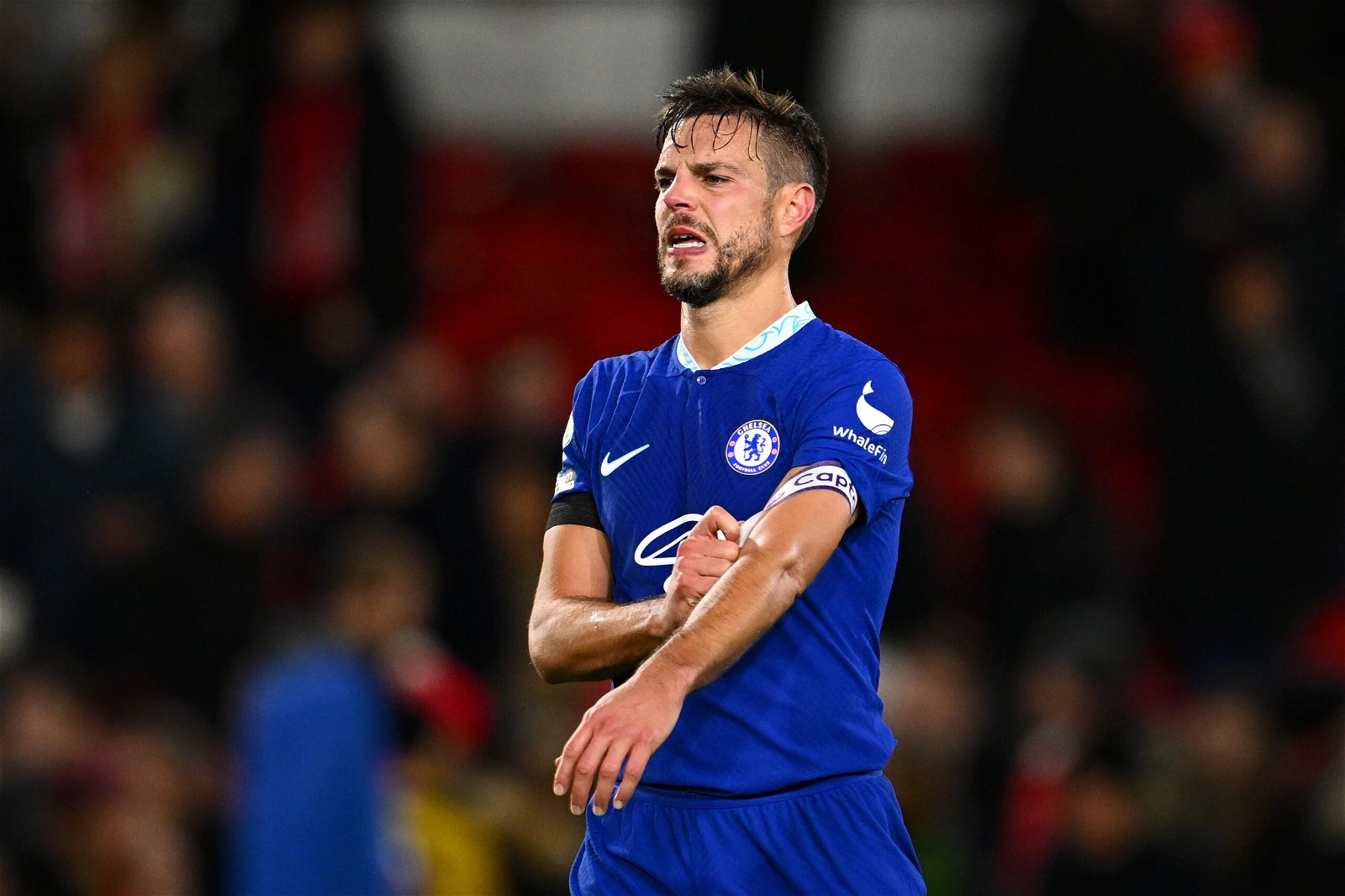 Cesar Azpilicueta has accepted Chelsea are in huge danger of missing out on Champions League qualification for next season and called for the team to unite ahead of their Premier League clash versus Manchester City.

Chelsea dropped further down the table to ninth on New Year’s Day after having to settle for a 1-1 draw against Nottingham Forest.

They took the lead through Raheem Sterling in the 16th minute after he slotted home from close range after Kai Havertz’s flick came back off the woodwork into the England international’s path.

Graham Potter’s side were unable to kick on though and Forest came out quickly after the half-time break and were rewarded 17 minutes in when Serge Aurier fired past Kepa Arrizabalaga from inside the box.

It was another poor performance by Chelsea and they are continuing to fall away from top four contention, they are now six points off Tottenham in fourth.

January doesn’t get any easier for Chelsea either, they welcome Manchester City to Stamford Bridge on Thursday before playing them again in the FA Cup third round on Sunday.

Azpilicueta, Chelsea’s captain, came into the side to replace the injured Reece James, struggled against the Reds on Sunday afternoon. However, he was quick to point out the flaws and reality for this current side.

Confidence has been hit again and it’s now down to Potter, Azpilicueta and Co to pick themselves back up, and quickly, to go again on Thursday.

“Every point matters and of course today we lost two points,” reflected the Chelsea skipper post-match.

“That’s clear and since the beginning of the season we have lost too many points and now we are really far from where we want to be. Every game we don’t win is a chance that we miss, but this is the reality.

“When you see the table that’s where we are and we need to have a very good second half of the season if we want to achieve Champions League qualification for next season. This is the reality that we face and we have to stick together.

“We know that it’s not the most pleasant time but in these difficult moments we need everybody to stick together, to work hard to improve. To be humble, to see ourselves, to analyse ourselves and where we can do better.

“We have a massive game against Manchester City at the Bridge but we need to start winning points.”