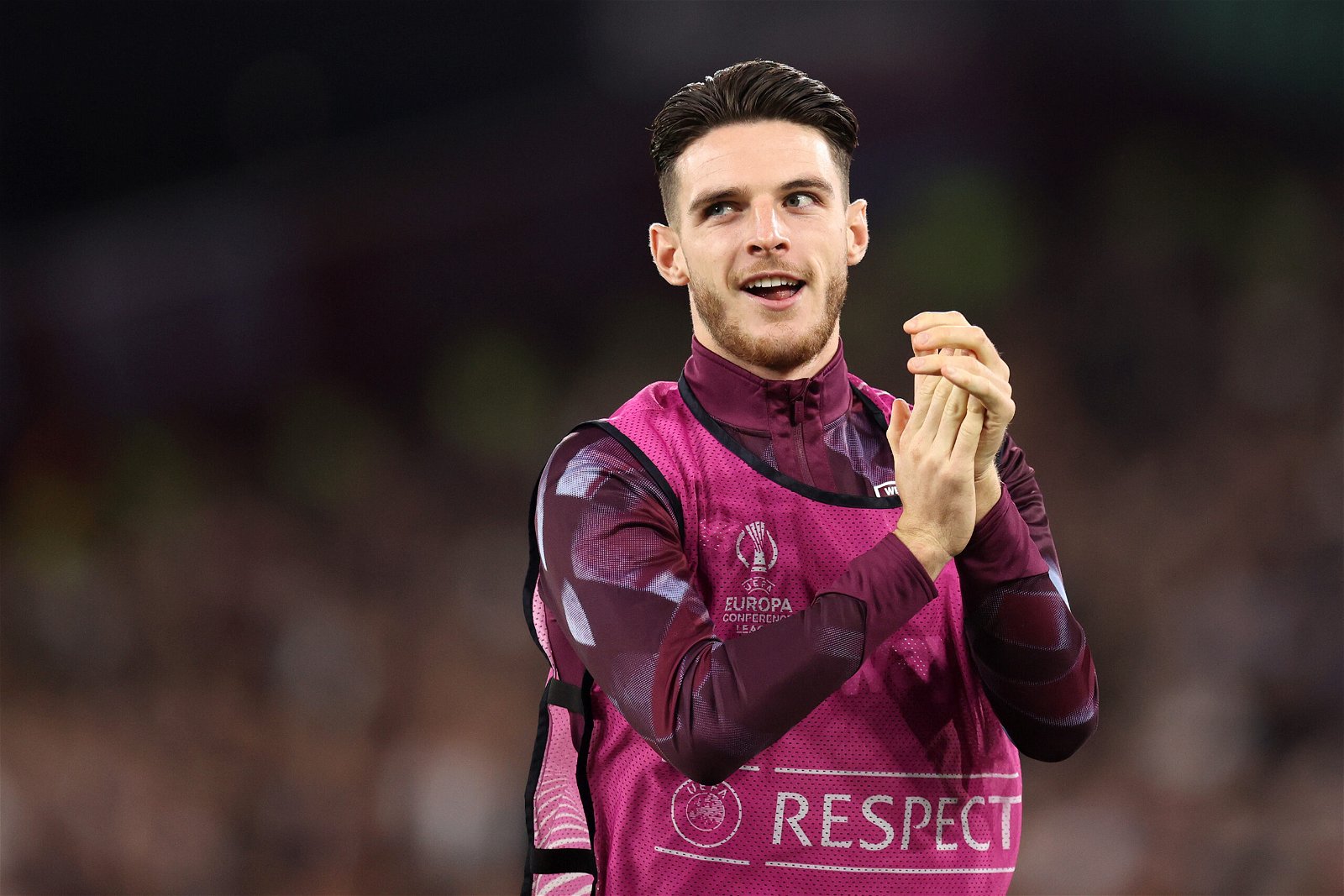 Chelsea have been told by West Ham boss David Moyes that Declan Rice will not leave the club during the January transfer window.

Rice has been a long-term target for Chelsea but is also attracting interest from Manchester City and Manchester United.

The expectation is for the England international to leave West Ham next summer to allow him to achieve his dream of playing in the Champions League and competing for the Premier League title.

He alluded to his ambitions during World Cup duty with England, admitting: “One hundred percent I want to play in the Champions League. For the last two or three years I’ve been saying that.

“I’ve been playing consistently well for my club and I feel like I really want to keep pushing.

“I see my friends here who are playing Champions League and for big trophies.

Chelsea are targeting a midfield revamp and currently in talks with Benfica over a club-record transfer for Enzo Fernandez next month.

All are in high demand ahead of the summer window and West Ham are looking to command a hefty fee of around £100 million for Rice should he depart the London Stadium.

But all clubs who were looking at trying to get in early to sign Rice next month have been warned off by David Moyes.

The West Ham boss is adamant the 23-year-old won’t be sold in January, saying: “There will be no chance Declan leaves in this window if that’s what you are talking about.”

Chelsea will have to wait until the summer if they want to acquire Rice, who they will believe has unfinished business at Stamford Bridge after leaving during his academy days.