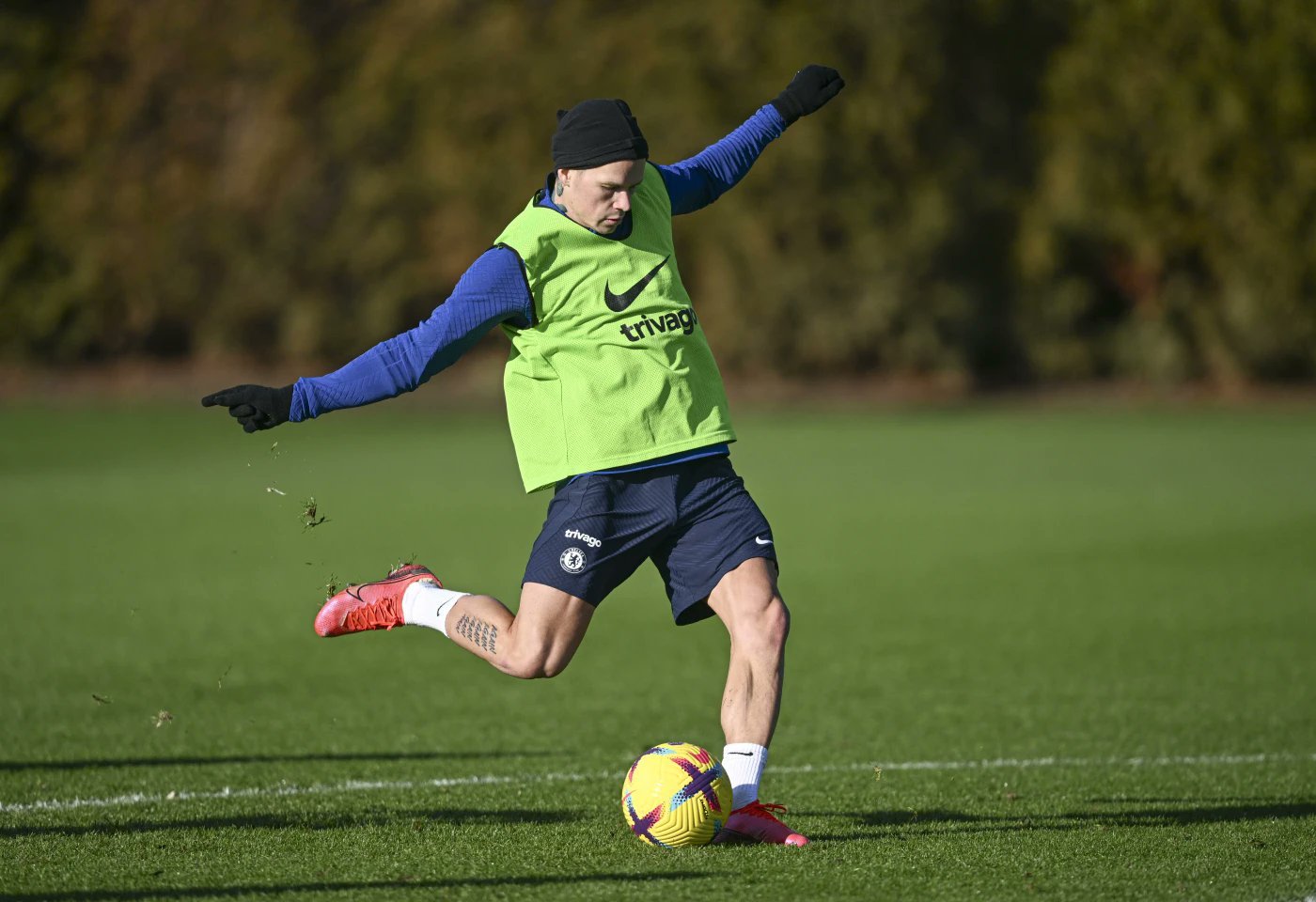 Mykhailo Mudryk took part in his first Chelsea training session on Wednesday at their Cobham training base.

The 22-year-old has been at the club Sunday after his £88 million move from Shakhtar Donetsk was confirmed during their 1-0 win over Crystal Palace in the Premier League.

Mudryk was in the gym on Tuesday at Cobham and took to the grass on Wednesday with the rest of his teammates ahead of their clash against Liverpool at Anfield on Saturday afternoon.

He became Chelsea‘s fifth signing of the January transfer window and will be hoping to be called up into Graham Potter’s side for the trip to face Jurgen Klopp’s side.

The Ukrainian winger was welcomed by his new teammates and took to the grass for his first session.

Captured by the club, Mudryk put an effort into the top corner, then at the end of the session as he walked back inside, he winked at the camera leaving fans speculating over his ‘special aura’.

Mudryk is raring to go in Chelsea colours and sent a message to head coach Graham Potter over the impact he hopes to make on the team.

“I’m very excited to be here and be part of the Chelsea project,” said Mudryk.

“My career has always been focused on hard work and that is why I’m here. Hard work is a very strong thing for me and something I’ve always looked to do.

“Every match in the Premier League is very difficult but I really can’t wait to get started here.”