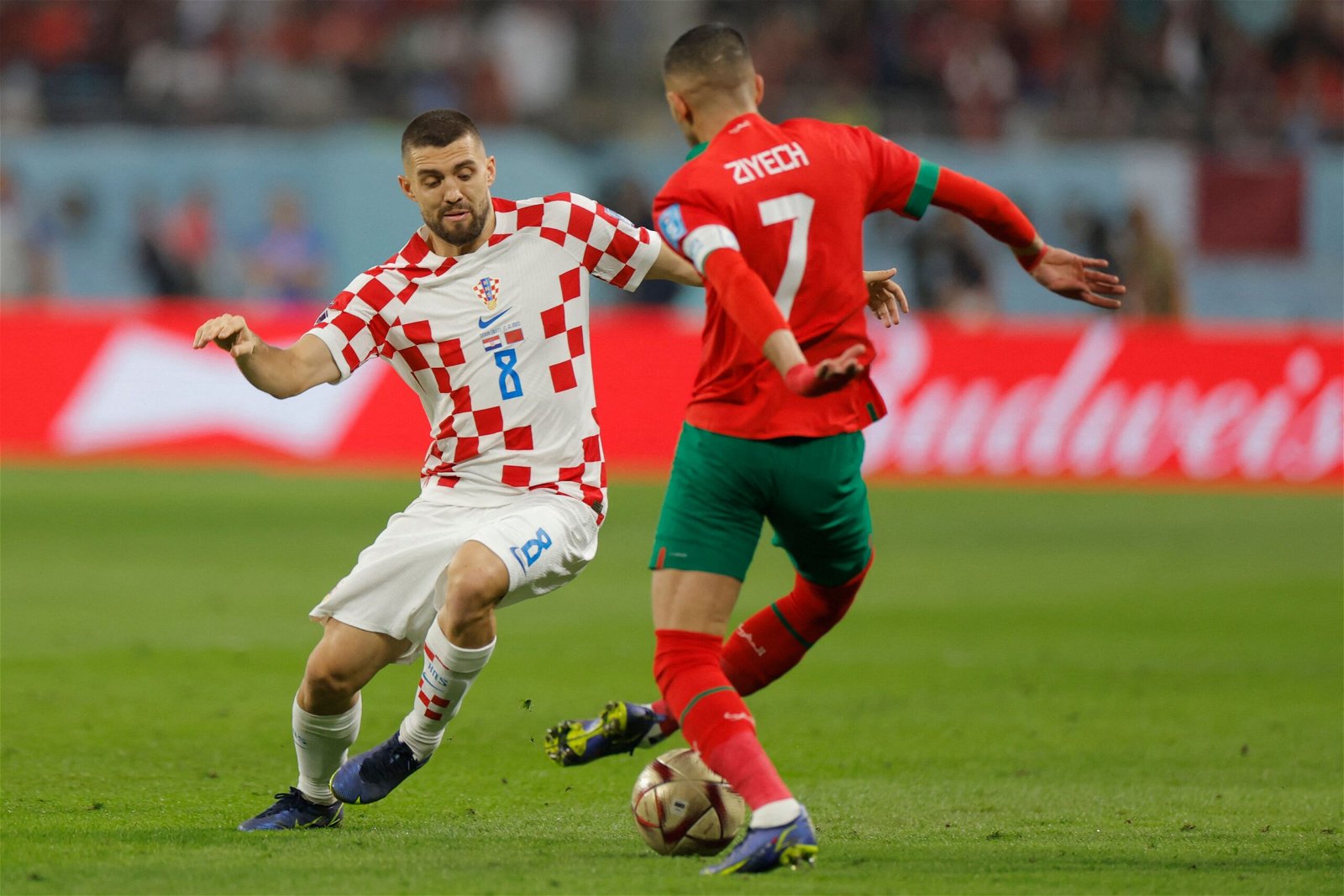 Graham Potter has confirmed when Chelsea will welcome back Mateo Kovacic and Hakim Ziyech to their Cobham training base.

The duo have been on their holidays following the World Cup which saw their countries Croatia and Morocco, respectively, reach the latter stages of the tournament in Qatar earlier this month.

Kovacic and Ziyech went head-to-head in the third-place play-off which saw Kovacic come out on top to claim a bronze medal.

Just like the rest of the players, Potter afforded them time off before their return to club action. Now the Chelsea head coach has revealed when they will be reporting back to their Cobham base.

The 47-year-old revealed the pair would be returning on Wednesday, saying: “We’ll see them tomorrow (Wednesday).”

Potter provided the update following Chelsea’s 2-0 win over AFC Bournemouth on Tuesday evening at Stamford Bridge, courtesy of goals from Kai Havertz and Mason Mount in the first half.

Chelsea ended their losing streak of three games to bounce back at the first attempt following the World Cup break, ending their 2022 on a winning note.

But the positive news regarding Ziyech and Kovacic, plus the win, was clouded by the injury to Reece James, who made his first appearance since injuring his knee in October.

He was forced off in the 52nd minute and Potter is hoping the injury isn’t major after detailing the defender’s disappointment.

“It’s the same area so we’re concerned,” Potter admitted. “We’ll have to see in the next 24/48 hours. It is a bit too soon but it was in that action, a chop, and he felt something.

“We have to keep our fingers crossed at the moment.”

The Chelsea head coach added: “He is disappointed, of course. At the moment, we’re just hoping it isn’t as bad and we’ll keep our fingers crossed.”