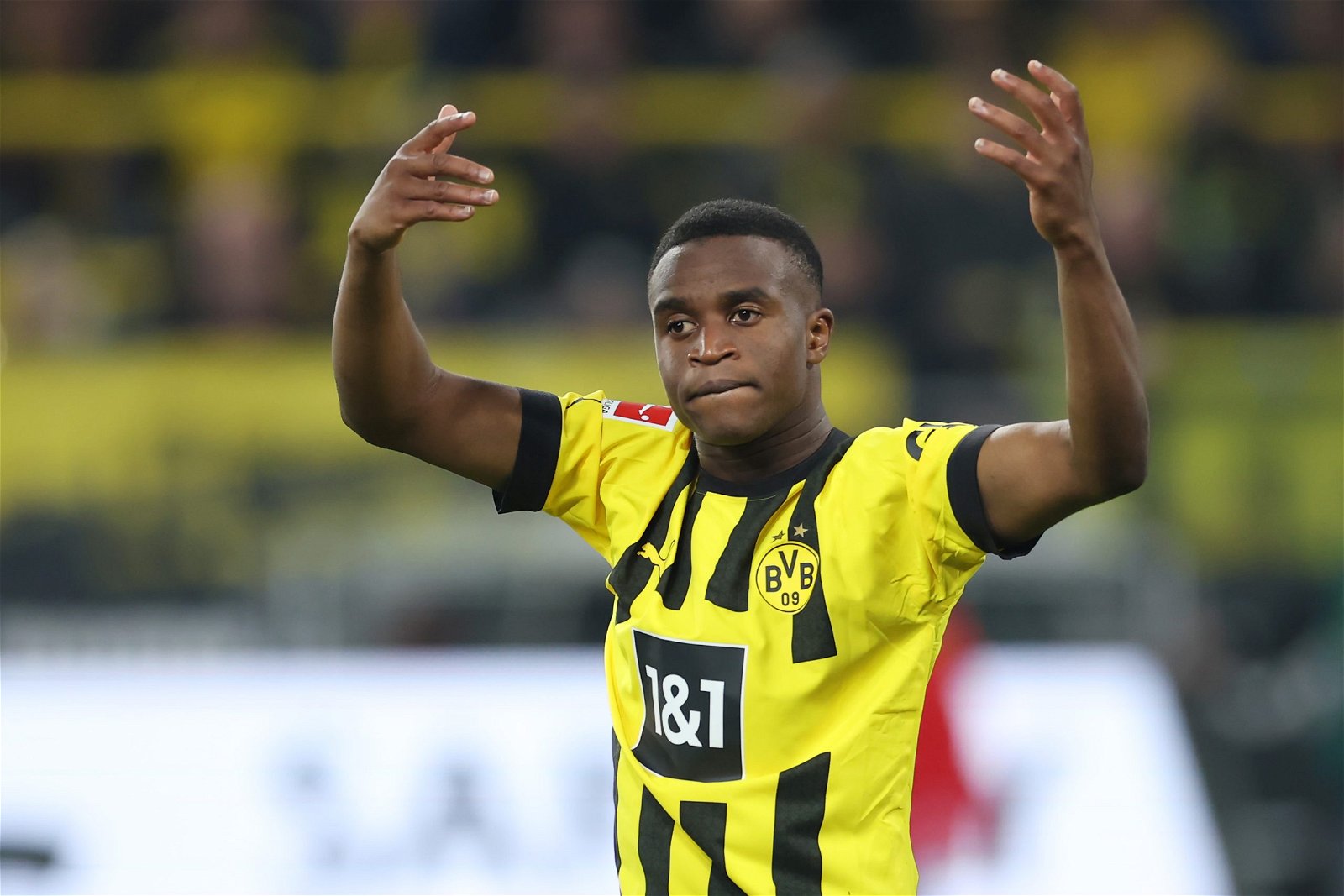 Chelsea are still planning a move for Youssoufa Moukoko who could make Borussia Dortmund exit this summer, according to reports.

The 18-year-old forward’s contract with the Bundesliga outfit expires at the end of the season meaning he could leave as a free agent in the summer.

In recent weeks, the interest for the attacking sensation has soared, with Chelsea hopeful of winning the battle against some of Europe’s elite clubs to secure his signature.

He has scored a total of six goals in 18 appearances in Germany, and was rewarded with a call-up to the national team for the World Cup, where Hansi Flick’s side crashed out in the group stage.

Previously, it was reported that the Blues had been dealt a blow in their pursuit due to Moukoko being close to agreeing an extension with Dortmund, but these claims have been shut down.

The young striker’s agent, Patrick Williams, has insisted no deal is close to being reached over a new contract at the Signal Iduna Park.

Should a new deal fail to be agreed at Dortmund the west London side will be armed and ready to jump at the chance of acquiring the youngster.

Graham Potter’s Chelsea are said to be ‘seriously pushing’ to sign one of the most in-demand footballers at the moment.

In England, they will face competition from the likes of Manchester United and Liverpool but the Blues are claimed to be leading the race to get a deal done.

As reported by Florian Plettenberg, both Chelsea and other top clubs are ‘ready to take the next step’ to sign Moukoko, but they are waiting on his decision over his future at Dortmund.

With the injury Armando Broja suffered against Aston Villa, that will see him miss the rest of the season, Chelsea are keen to bring in another forward option.

It looks more likely that Moukoko would join in the summer, as that’s when his contract ends and the Blues could pick him up as a free agent.

Should he sign in January though, he could end up taking on Dortmund in the Champions League when the two sides clash in the last-16 in February.