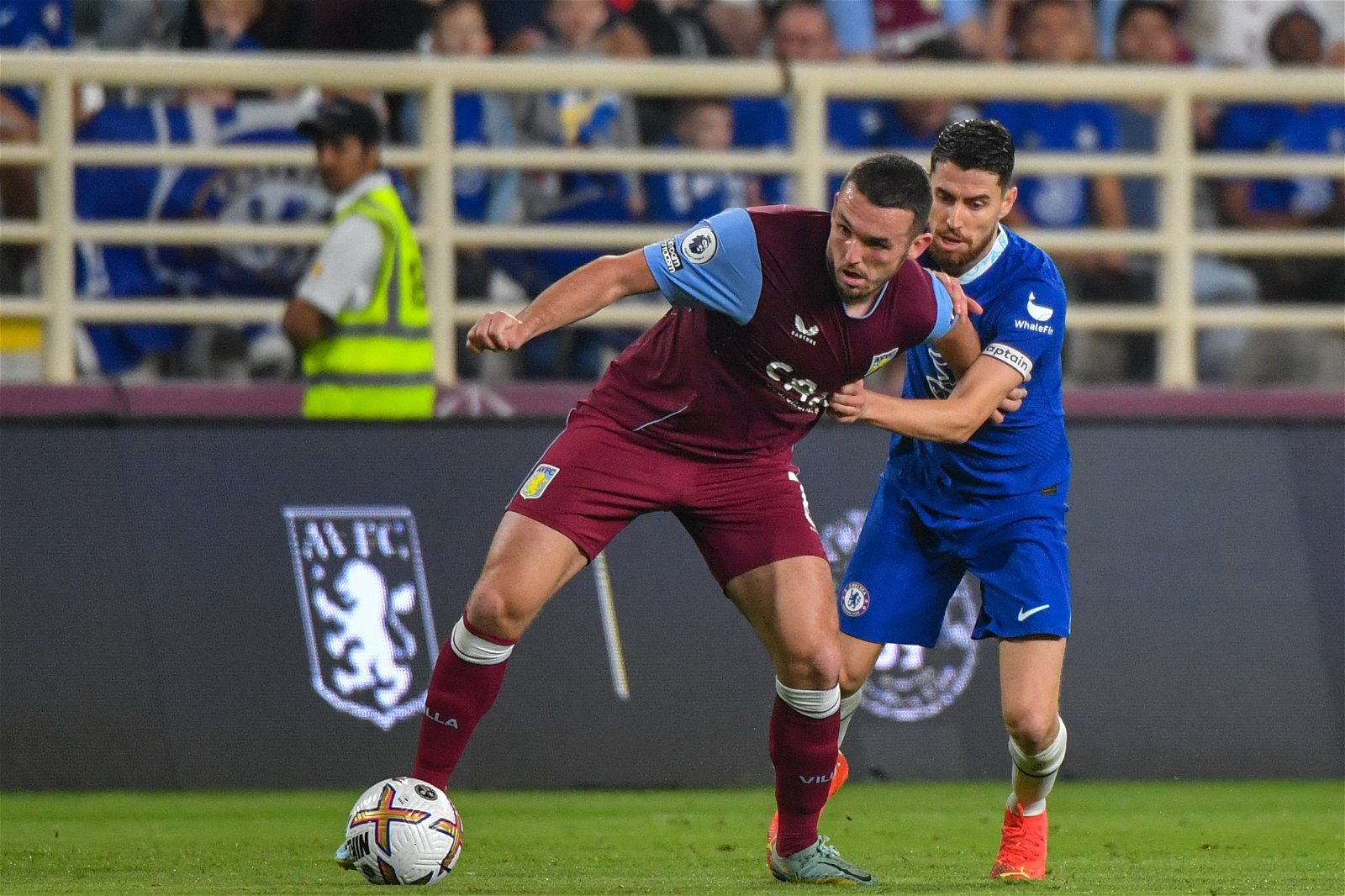 Chelsea were beaten 1-0 by Aston Villa on Sunday afternoon at the Al Nahyan Stadium in the CBF | Al Wahda Challenge Cup.

A mix of senior and young stars for the Blues fell to a narrow defeat in the Middle East after an early goal by John McGinn clinched silverware for Unai Emery’s side.

Graham Potter was missing many of his usual first-team players which will leave him unconcerned after admitting Sunday’s friendly was a training exercise for his team.

Omari Hutchinson started brightly for Chelsea in attack as he combined with Pierre-Emerick Aubameyang, playing a one-two, but he could only strike his shot straight at Robin Olsen.

But the full strength Villa side took an early lead in the 7th minute. A nice passing move in the midfield saw it fed into Ollie Watkins in behind, and he found John McGinn who neatly slotted past Marcus Bettinelli into the bottom corner.

Hutchinson almost levelled five minutes later as he bent an effort towards the far corner, but he was denied by the post.

Chelsea had more chances to equalise but Armando Broja and Charlie Webster both had shots blocked by Emery’s side as they searched for a leveller.

But bad news followed for Chelsea mid-way through the first-half. Broja chased down Ezri Konsa and went down screaming in pain and eventually stretchered off. He was replaced by Dion Rankine.

Marcus Bettinelli was called into action on the half hour mark after Watkins was played in, but his toe-poke was smartly kept out by the Chelsea goalkeeper.

Arjan Raikhy almost doubled Villa’s lead on the stroke of half-time, but the woodwork denied his curling effort which left Bettinelli well-beaten.

Lewis Hall had a chance in the opening minutes of the second half. Hutchinson switched the play to Rankine, who teed up Hall, but Olsen got down well to tip the strike around the post.

Bettinelli was called into action in the 57th minute when McGinn slid in Bailey one-one-one. The Blues keeper got down well to make a fine stop to ensure the deficit remained at one.

Potter made two changes in the 64th minute bringing on Cesare Casadei and Malik Mothersille for Pierre-Emerick Aubameyang and Alfie Gilchrist.

Villa held onto their slim lead to inflict defeat on Chelsea which could’ve been more if Danny Ings didn’t send his effort from close range wide in the closing minutes.

There is no more games for Chelsea now before their Premier League campaign resumes on December 27 against AFC Bournemouth.

Youngsters Omari Hutchinson and Lewis Hall continued to show their worth and will have hoped their performances put them in contention of a role against the Cherries later this month.