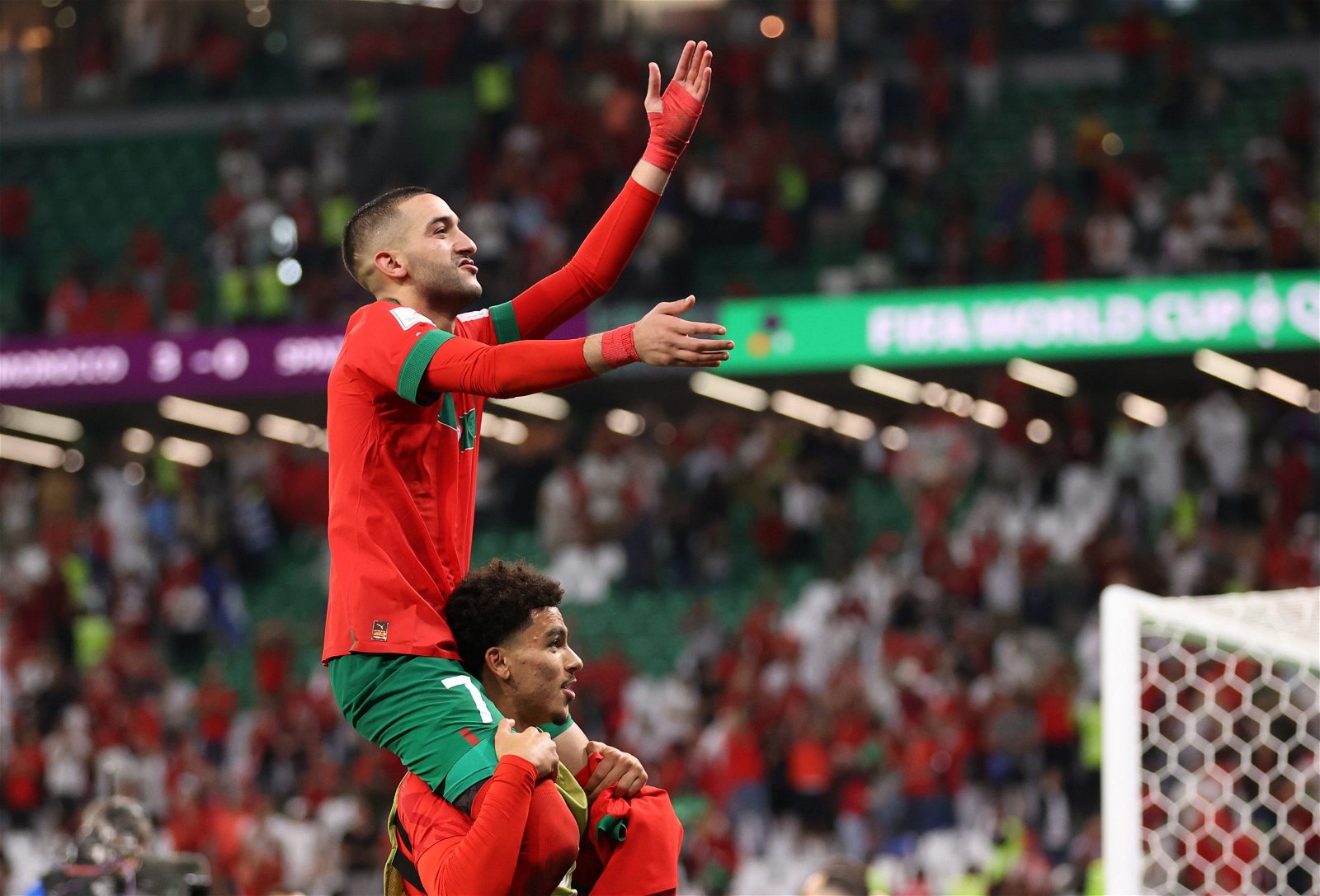 Hakim Ziyech has earned praise from his Chelsea teammates for his performances at the 2022 World Cup with Morocco.

The 29-year-old has played the maximum number of games possible after Morocco reached the semi-finals of the tournament this week.

Unfortunately for Ziyech and Morocco, they were knocked out by France and now have to settle for a third-place play-off game against Croatia on Saturday.

Ziyech has come into his own at the World Cup, leaving behind his Chelsea form which has left him as an outcast at Stamford Bridge.

His teammates, many of whom have returned to Cobham for club duty, have been impressed by displays for country.

Trevoh Chalobah was the first to publicly praise the winger and hopes he can bring his World Cup form back to Chelsea for the Premier League restart.

“That’s what we want, we want every player that’s gone there to come back and take that into our games.”

Ziyech will come up against teammate Mateo Kovacic on Saturday in the third-place play-off.

Kovacic was also full of praise for the Moroccan, hailing him as a ‘great player’.

“Hakim Ziyech is really a great player,” admitted Kovacic, as quoted by Nizaar Kinsella, in the pre-match press conference on Friday in Qatar.

He added: “The other players expected me and Ziyech to come home first but I am proud we are still here.”

Both will be hoping for a third-place medal to cap off a fine run for the pair with their respective countries, with it being a historic run already for Morocco who became the first African side to reach a World Cup semi-final.