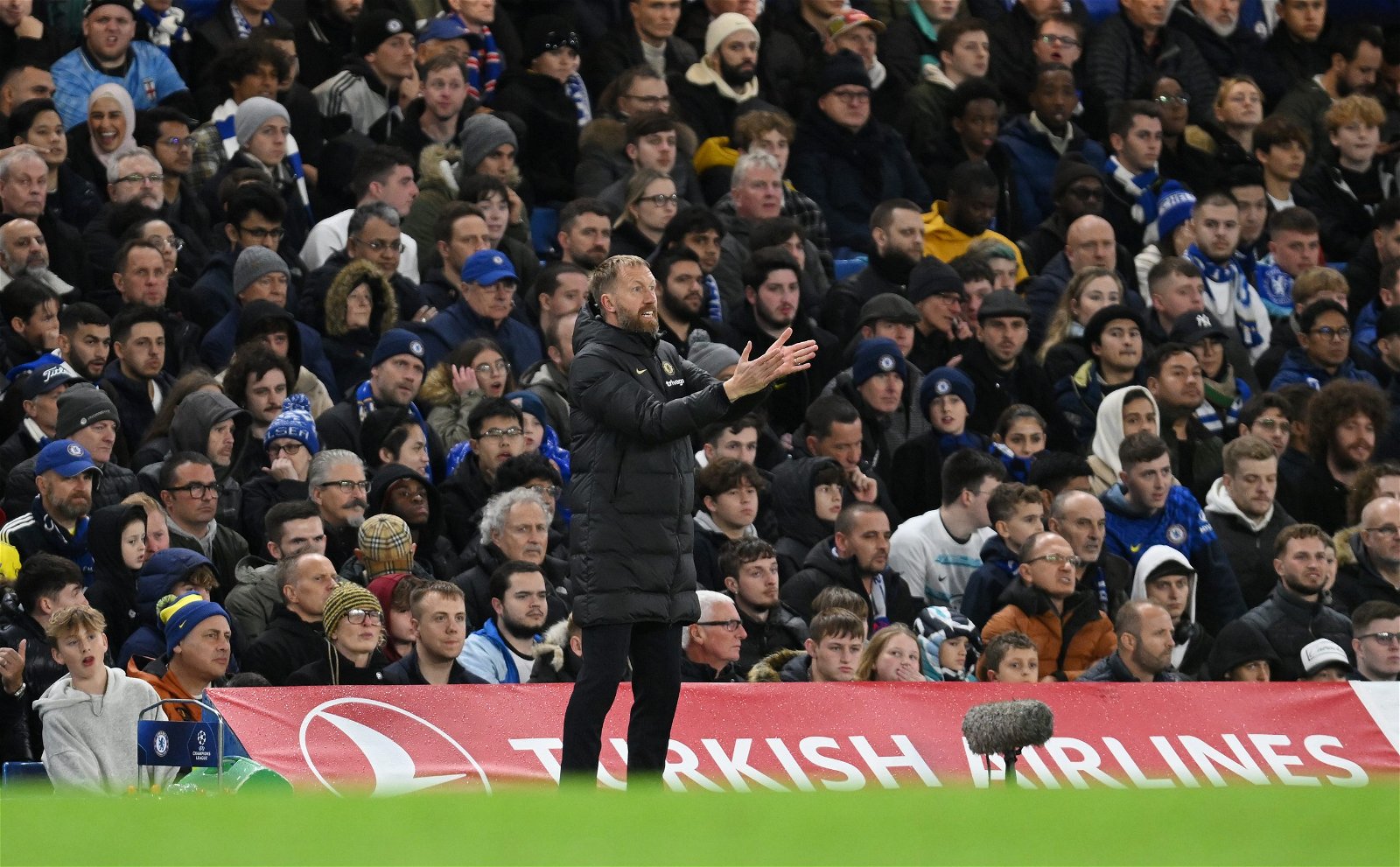 Chelsea will remain committed to head coach Graham Potter regardless of their Premier League and Champions League position at the end of the season, according to reports.

Potter, 47, was appointed in September on a five-year-deal, succeeding Thomas Tuchel, to lead Chelsea’s new chapter under the new ownership team.

Co-owner Todd Boehly and Co opted for a change in coach to work alongside them as their vision continued to take shape on and off the field.

Potter has been one of many appointments made by the new owners, but it hasn’t gone all to plan in terms of results since the Englishman’s arrival.

Chelsea are on a three-game losing streak, five without a win, which sees them currently sit in eighth place in the Premier League. While in the Champions League, a last-16 tie awaits against Borussia Dortmund in February.

Under former owner Roman Abramovich a finish outside of the top four, a poor run in Europe, or a season without a trophy generally ended in a sacking. But things are now changing at Stamford Bridge.

As reported by Matt Law of The Telegraph, the new owners are committed to Potter even if the club miss out on a top four finish and Champions League qualification this season.

Potter was linked with the England job but Chelsea swiftly made their move to land him from Brighton before the chance arose after the World Cup should the FA wished to have tried.

Chelsea are currently in Abu Dhabi for warm weather training and Potter has been pleased with the ‘positive progress’ made, particularly on the injury front.

He admitted: “There are lots of players at different levels (fitness wise) and that’s the challenge but we’re making progress so that’s the positive.”

Chelsea return to Premier League action on December 27 when they welcome AFC Bournemouth to Stamford Bridge to conclude 2022.