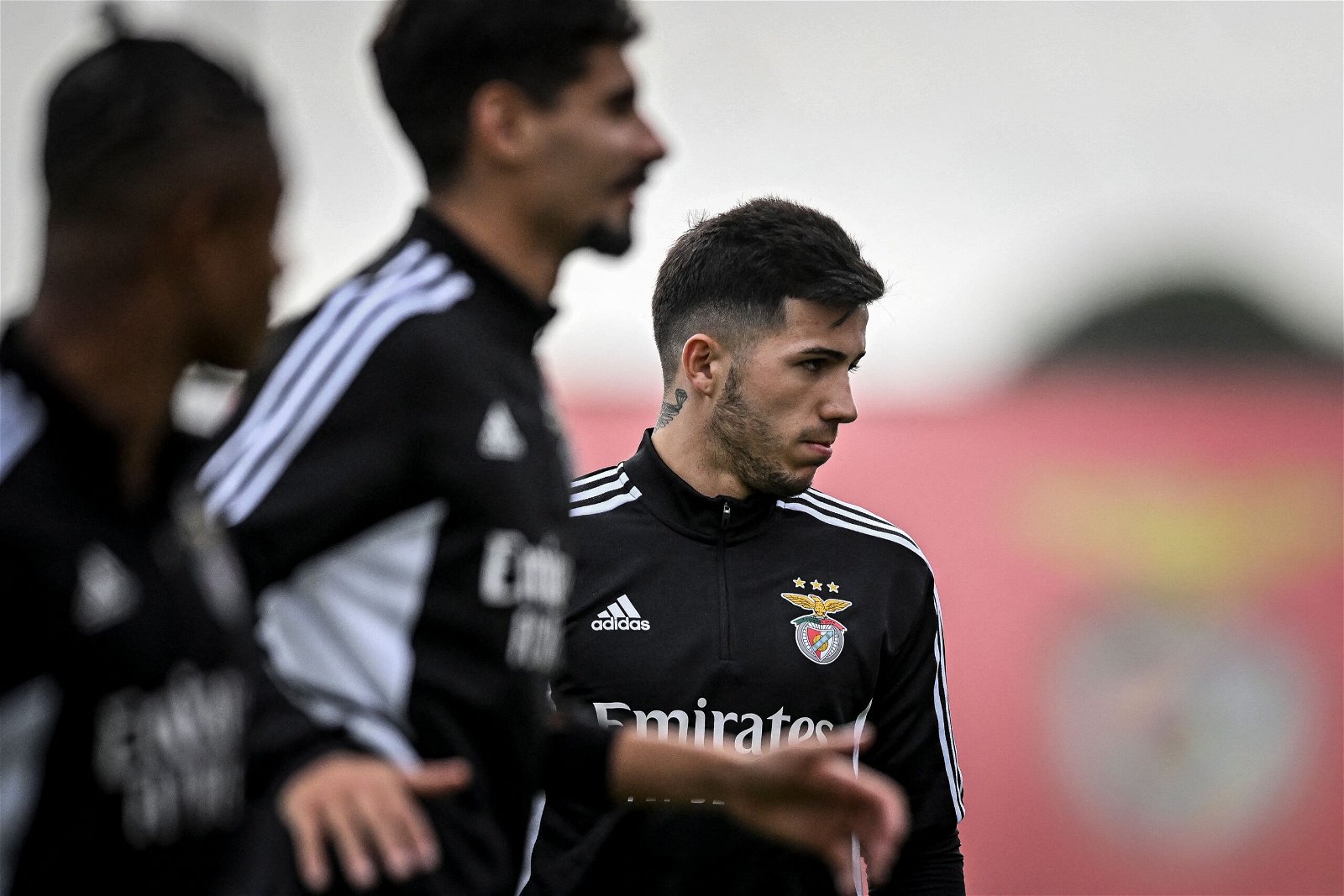 After ongoing links to various English clubs, Enzo Fernandez’s future will be decided very shortly as Chelsea close in on a blockbuster January transfer.

Fernandez, who shone for Argentina, winning this year’s FIFA World Cup, would fit in at most clubs in world football and Chelsea will be fortunate to snap up his signature considering the other suitors who were interested in him – Manchester United and Liverpool have been previously linked.

Aged just 21-years-old, Fernandez is yet to reach his full potential which is quite scary considering the level he is at right now. At such a young age, he shows a degree of maturity way beyond his years.

The little Argentinian could be a midfielder Chelsea build their squad around. His ability to get stuck in and fend off his challengers, despite his fairly sizeable figure of 5’10, makes him a dream to have in your side, not to mention the attacking threat that he poses as well.

Fernandez is clearly born to win as well, achieving a feat every footballer dreams of at just the brink of manhood. In Qatar, he won the tournament’s Young Player award as Argentina clinched their third World Cup success. The 21-year-old also became the second youngest player to ever score for his nation in a World Cup tournament, behind Lionel Messi.

His style of play fits perfectly to what Chelsea are trying to achieve. He is a different kind of player to the likes of Jorginho, but offers the same kind of playmaking abilities from deep in midfield, while he is just as combative in the center of the park.

The way Fernandez releases the ball early shows that he knows where his next move is before receiving the ball. He also has superb long-range passing to set one of the attackers up in a one-on-one position with the opposing defender or goalkeeper.

Fernandez has made his intentions clear that he is keen on a move to Chelsea which has seen him agree personal terms already. After missing training on Monday, the Blues have managed to strike a deal with Benfica for the midfielder.

As reported by Gianluca Di Marzio, Chelsea will pay a fee of €127 million in three instalments of around €40 million each.

Benfica were initially reluctant to allow Fernandez to leave mid-season, wanting to force a club into activating the €120 million release which would mean the fee would need to be paid upfront, but they softened their stance and negotiated with Chelsea to allow Fernandez to make the move to England.

Co-owner Todd Boehly and Co will be pleased to have almost found a conclusion as they eye up other targets for January to bolster Graham Potter’s squad.

The deal is not done yet with the final details needing to be ironed out, but Fernandez is now set to become the club’s record transfer and he will hope to hit the ground running at Stamford Bridge.

Player Profile: Who is Benoit Badiashile and what can he bring to Chelsea?

Kovacic leads the way after Ziyech’s historic run: How Chelsea’s players fared at the 2022 World Cup