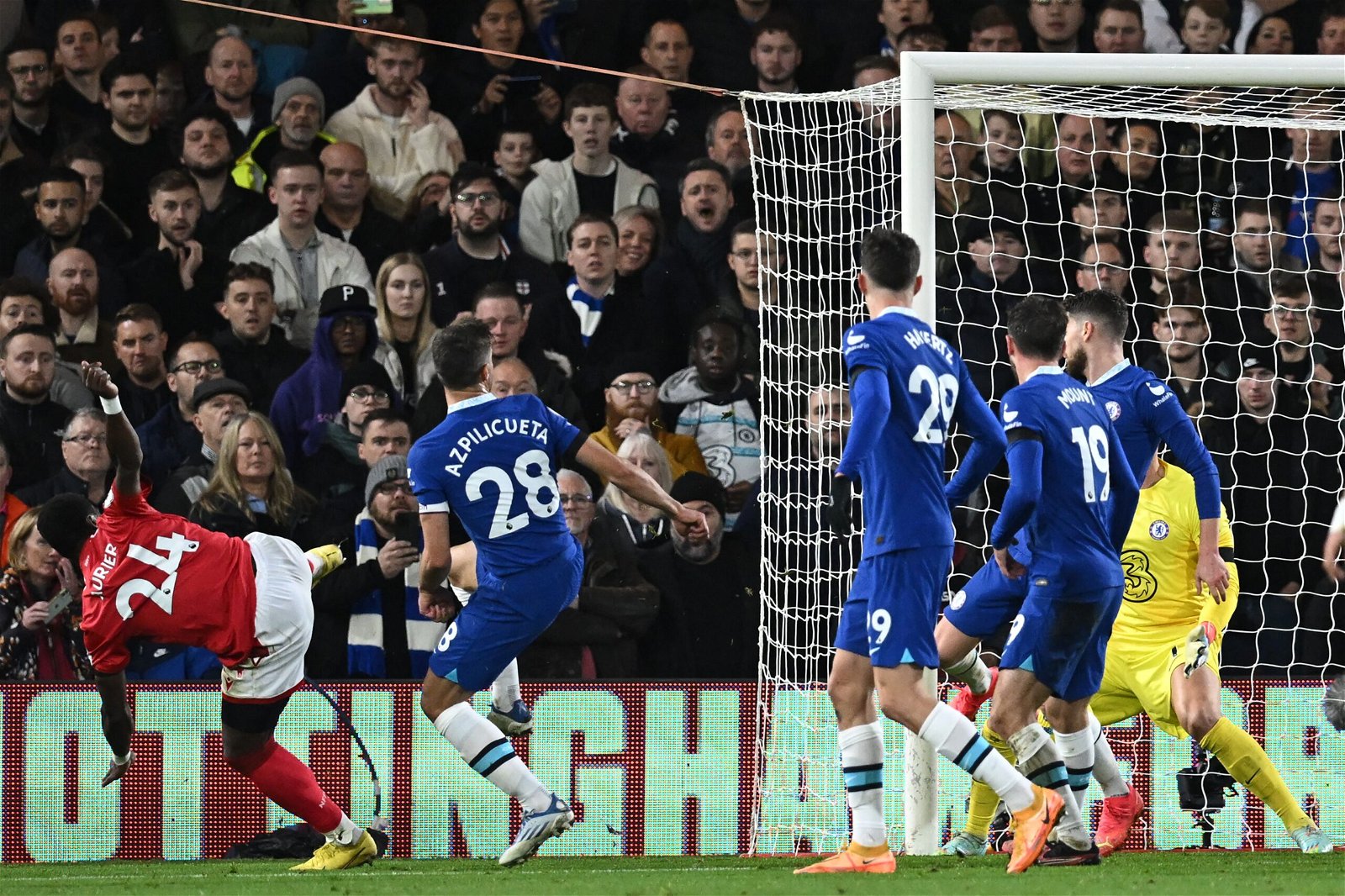 Raheem Sterling’s first-half strike was not enough for Chelsea as Nottingham Forest fought back to hold them to a 1-1 draw in the Premier League on Sunday.

The Blues faced their first away trip since the World Cup break in Qatar as they took on Steve Cooper’s Nottingham Forest side at the City Ground.

Other than the enforced change due to Reece James’ injury that saw Cesar Azpilicueta start, Graham Potter opted not to alter the starting eleven that defeated AFC Bournemouth at Stamford Bridge on Tuesday night.

The west London side looked to be in for a tough battle against Cooper’s men, who started the game brightly, but just 16 minutes into proceedings Sterling prodded home to give the visitors an early lead.

For the rest of the half, Chelsea were in cruise mode, they controlled the ball and kept Forest relatively quiet until the referee blew his whistle for half-time.

In the second 45, the hosts came out firing, they were full of energy and pumped up by the crowd. Kepa made a good stop to deny Brennan Johnson and moments later Morgan Gibbs-White saw his strike cannon of the crossbar.

Eventually, the pressure told, the Blues failed to clear from a corner and Serge Aurier was in the right place at the right time to score his first ever goal for Forest.

Chelsea continued to be poor throughout the second half, creating very little and they ended up coming away with just a point.

Here are five things Absolute Chelsea learned from the result.

The opening 45 was dominated by Chelsea, they were in control of possession and managed to deal with threats posed by Forest relatively comfortably. The defensive pairing of Kalidou Koulibaly and Thiago Silva were able to counter any problems thrown their way.

In the second-half, the hosts stepped things up a gear and were pushing for an equaliser. Brennan Johnson’s pace down the right-hand side was a problem, but the couple of times he got in behind, Kepa was up to the task and dealt with his efforts on goal. When Aurier scored, it came as no surprise, Chelsea should be disappointed that they couldn’t keep Forest out.

2) World Cup break has helped Chelsea but there are still more improvements to be made.

Potter’s side have now won and drawn once since the players returned to Premier League action following the Qatar World Cup. While a draw against Forest is not a positive result, when you consider the Blues were on a five-game winless streak in the league before this, it is clear the break has given them some time before.

Potter has now had more time to work with a lot of the players, so the results need to continue improving, the Blues will be hoping this game was just a blip.

3) The Blues are going to struggle to get top four

Games against relegation candidates are ones you simply have to be winning, particularly when you have led in the match. This result sees Chelsea remain in eighth place and they are currently seven points of the top four.

The way Forest were allowed to build momentum and take control of the game is a worrying sight for fans. A massive improvement is required if Potter and Chelsea have hopes of Champions League football next season.

In the opening 45, the Blues had all the time in the world when in possession. Koulibaly and Silva were able to control the flow of the game from defence. They managed to split open the opposition on multiple occasions, but ultimately not a huge amount of chances were created.

Sterling did open the scoring, but other than that, very little was created. In the second half the Blues were punished for that, Forest did not give them the same time on the ball and began to dominate the match themselves.

5)Graham Potter has found a starting XI he likes

The Englishman only made one rotation for this contest, and that was due to injury with Azpilicueta replacing James. Clearly Potter was delighted with the effort and performance his players showed against the Cherries in midweek and wanted to reward them all with another opportunity.

For the first 45 this looked to be a good decision by Potter, the Blues were cruising, but in the second half things went wrong. This will leave Potter with some big decisions to make for their next game against Manchester City.