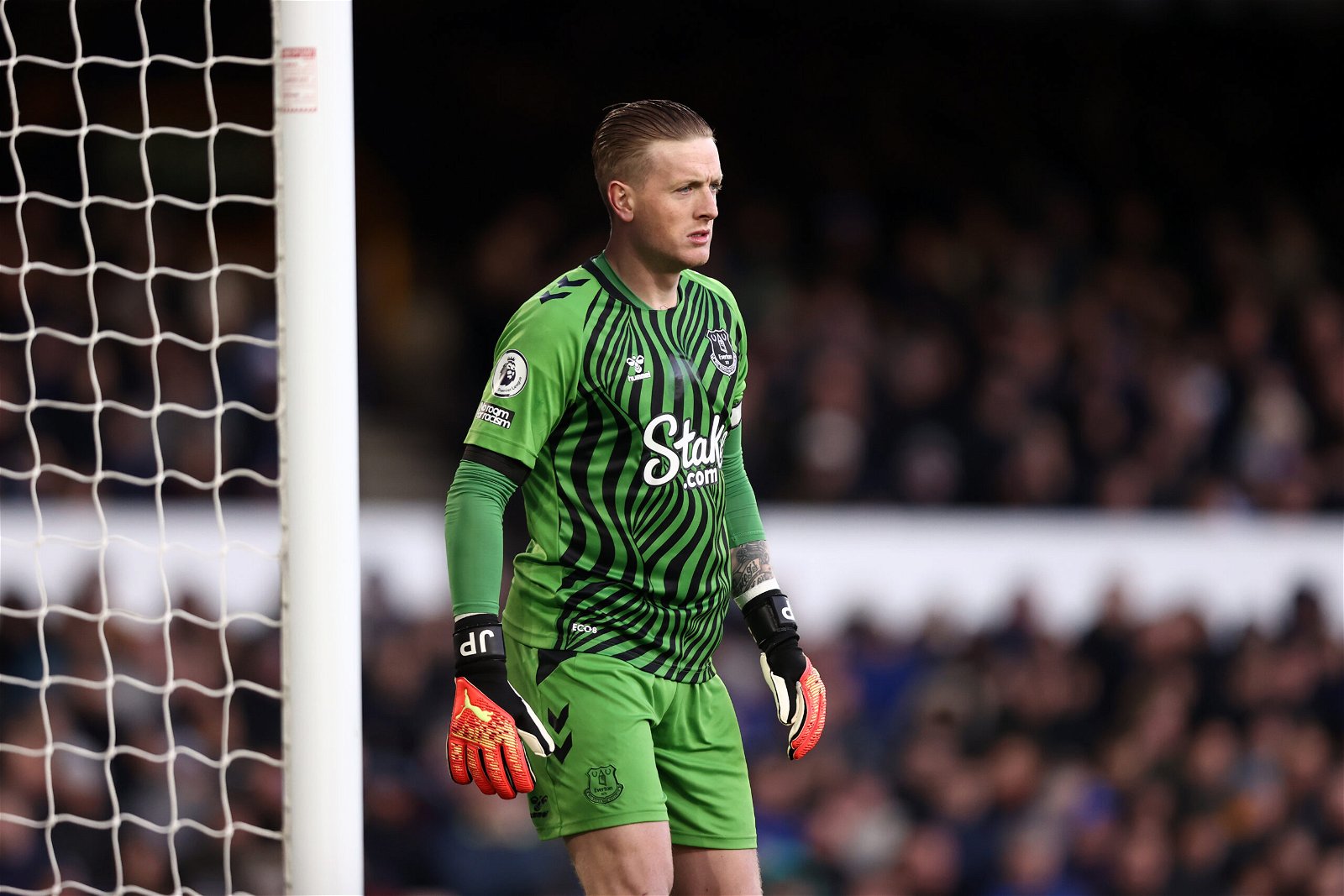 Chelsea have been alerted to Everton goalkeeper Jordan Pickford as his future continues to be thrown into doubt, according to reports.

Pickford, who is England’s number one, has been at Everton since 2017 after joining from Sunderland which has seen him make 214 appearances for the Toffees.

He is out of contract in 18 months’ time and prior to the World Cup, Everton looked to have agreed a new deal with the England international.

A new five-year contract, as reported by the Daily Mail, was agreed prior to the tournament in Qatar, however the club are yet to sign off on Pickford’s extension.

This has thrown his future into doubt and the delay has alerted Chelsea, Manchester United and tottenham Hotspur.

According to the report, no reason has been provided for the delay despite Pickford being willing to commit to a long-term extension on Merseyside.

Premier League clubs now believes a deal could be done for Pickford who is likely to be in a relegation this season come the end of the season.

Everton boss Frank Lampard offered an update on Pickford’s future and wants him to remain at Goodison Park.

He said: “Jordan feels very happy being at this club, I don’t want to speak for him but that’s the impression I get from him.

“I feel we can match his ambitions. We’re a huge club with a huge history and big ambition and he’s a big part of that. If Jordan feels like that, we can match each other’s ambitions and in terms of getting him to stay longer, I don’t see that as a problem.”

Chelsea are believed to be on the hunt for a new goalkeeper despite the arrival of Gabriel Slonina from Chicago Fire.