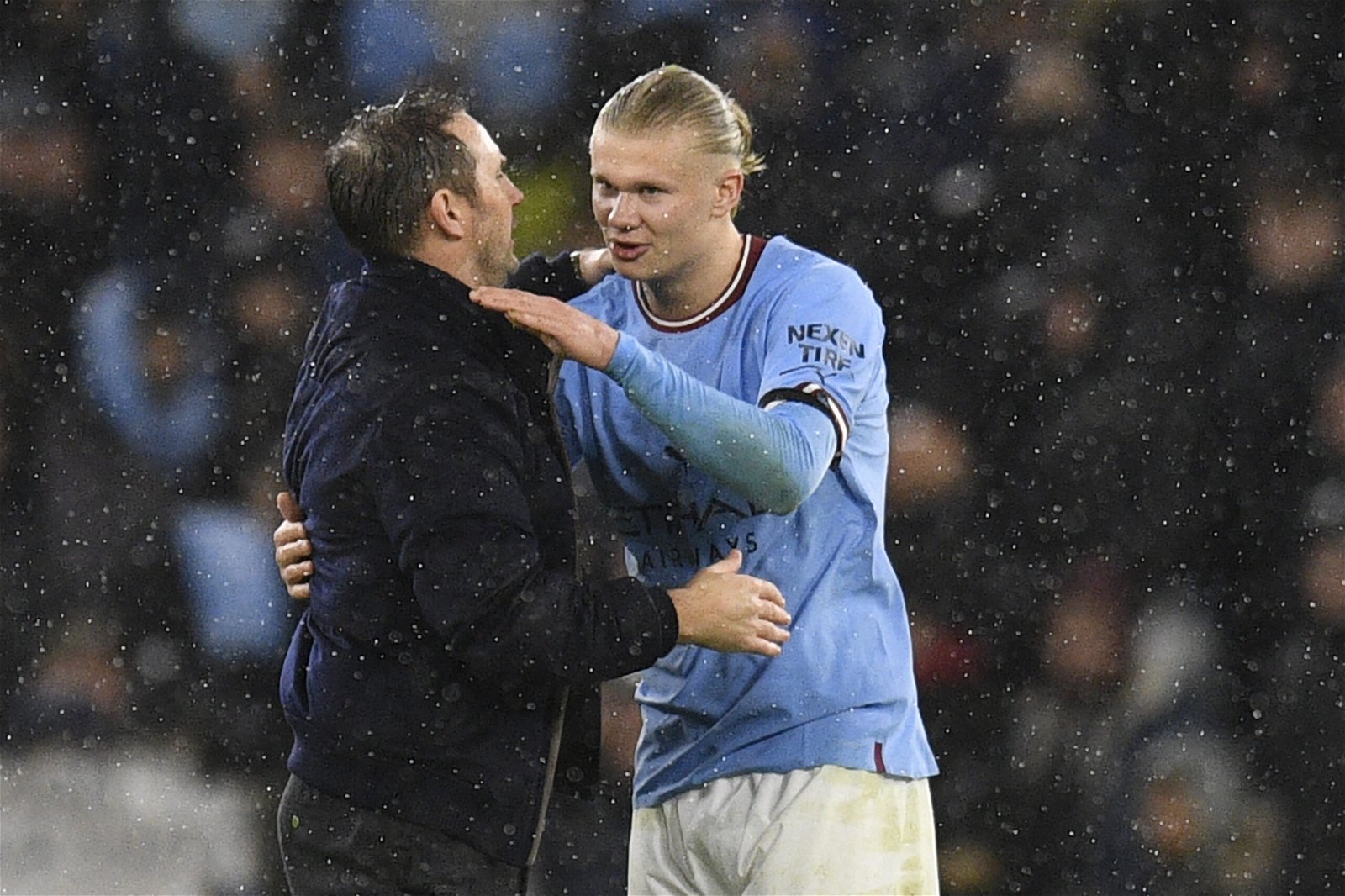 Frank Lampard has revealed how he tried to bring Erling Haaland to Chelsea before he decided to make the switch to Manchester City.

Haaland made the summer move to Manchester City who won the race to acquire him from Borussia Dortmund as they triggered his £51 million release clause.

Many clubs were interested in Haaland, including Chelsea, who showed long-term interest in the Norway international.

Interest began while Frank Lampard was in charge of the club but Chelsea were unable to strike a deal. Then in the summer of 2021, six months after Lampard was dismissed, Chelsea opted to sign Romelu Lukaku from Inter Milan for a club-record £97.5 million transfer fee.

It was a signing that didn’t, and hasn’t, worked out. Lukaku re-joined Inter Milan on loan for the 2022/23 season and has every intention of remaining at the San Siro.

“I hope to stay here at Inter. But a solution needs to be found with Chelsea,” Lukaku told Sky Sport Italia.

Lampard threw huge praise on Haaland and revealed Chelsea’s interest in Haaland which could have solved their centre-forward plans for several years at the very least had they have been successful in their attempts to bring him to Stamford Bridge.

“(Haaland) is an amazing player and the ultimate top level players generally can do what he does in a top level league,” Lampard told reporters prior to Everton’s 1-1 draw against Man City.

“I coached against him in a pre-season game when he was playing for Salzburg. I tried to sign him for Chelsea and it was not to be.

“It was clear in our pre-match preparation what this boy was. Fair play to him. We are going against him and I respect those at the top of their game. I watched the World Cup final with (Kylian) Mbappe and (Lionel) Messi and Haaland has got himself in that bracket at a very young age.”

Chelsea only have Pierre-Emerick Aubameyang and Kai Havertz as their recognised centre-forward options. David Datro Fofana has signed from Molde was in attendance at their 1-1 draw against Nottingham Forest on New Year’s Day, but the plan for him remains unclear for now.

Aubameyang’s Chelsea woes continued when he failed to score a glorious chance against Forest to regain the lead. Hakim Ziyech’s delivered a sensational ball to the back post but the 33-year-old was unable to divert the cross goalwards.

It has summed up Chelsea’s season. When they do get chances they are not taking them and it continues to cost them. Haaland’s start to life in England will frustrate Chelsea but there is nothing they can do about it other than to find the next solution to help them put the ball in the back of the net more often than they currently are.