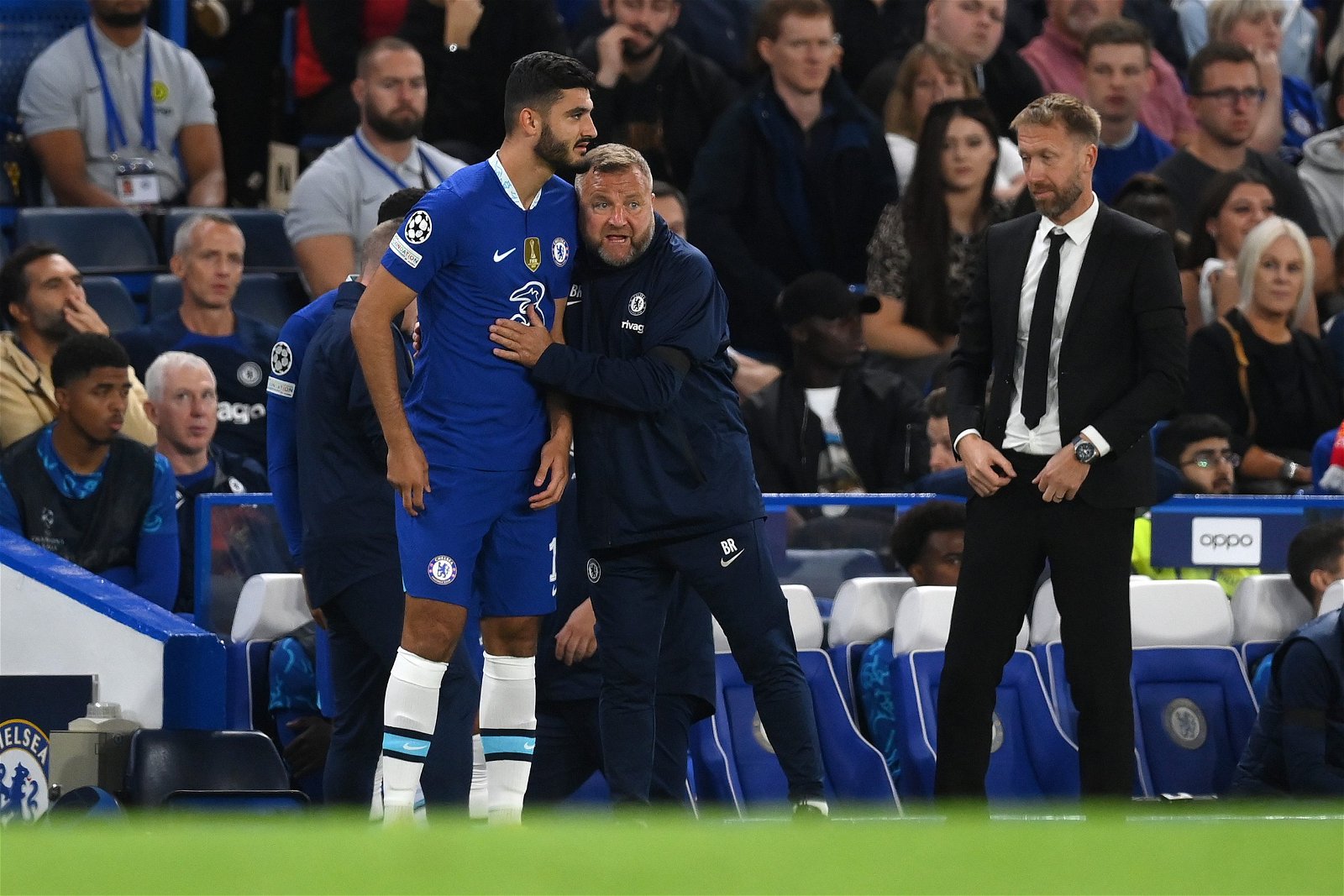 Chelsea are yet to learn the extent of Armando Broja’s knee injury but head coach Graham Potter has admitted ‘it doesn’t look positive’ as they sweat on the forward’s condition.

The 21-year-old was stretched off in the first half of their 1-0 defeat to Aston Villa on Sunday afternoon in Abu Dhabi.

Broja went down screaming while holding his knee after chasing down Villa defender Ezri Konsa, leaving Chelsea concerned over whether the injury is a potential long-term and serious one.

Chelsea already have a long list of players recovering from injuries and they will be desperate to have Broja available for the Premier League restart at the end of the month.

Potter’s side will now return to England on Monday to continue their preparations, which will see many of the eliminated World Cup stars report back to their Cobham training base next week.

The 47-year-old outlined Chelsea’s plans for the next few weeks, while praising the performances of the team, including Omari Hutchinson’s, despite falling short against Aston Villa.

Here’s what the Chelsea head coach told the official Chelsea website post-match in the Middle East.

“It was a good game, a good performance from a young team playing against a really experienced Premier League side. We’ve had a fantastic week, good to work with the boys who are here, lads that have been injured have had a bit more time training and stepped their rehab on so that’s good they are getting closer. It’s been really positive to work in these conditions and we are happy with the week.”

“Really good, really good, dangerous, asked a question all the time. He hit the bar in the first half but throughout the game he showed his quality. He wasn’t the only one, it was a spirited performance against an experienced Premier League side with a lot of young players.”

“We’ve got a full week training when we get back, obviously recover from the flight. Then we’ve got a friendly the following week so that’ll be good. We’ve got a few more guys coming back from the World Cup, so it’s moving nicely. This week we can have a few more players back in full training with us.”

“Reece has moved forward, Wesley and Carney are moving forward, so that’s positive. Then hopefully Ruben, Ben Chilwell can take a step forward in their rehab next week. We’re optimistic about that.”

“It was an unfortunate action, I think he got caught up with their player and the ground. It doesn’t look positive at the moment, but it is too early to say. Fingers crossed, but it’s an awkward one.”