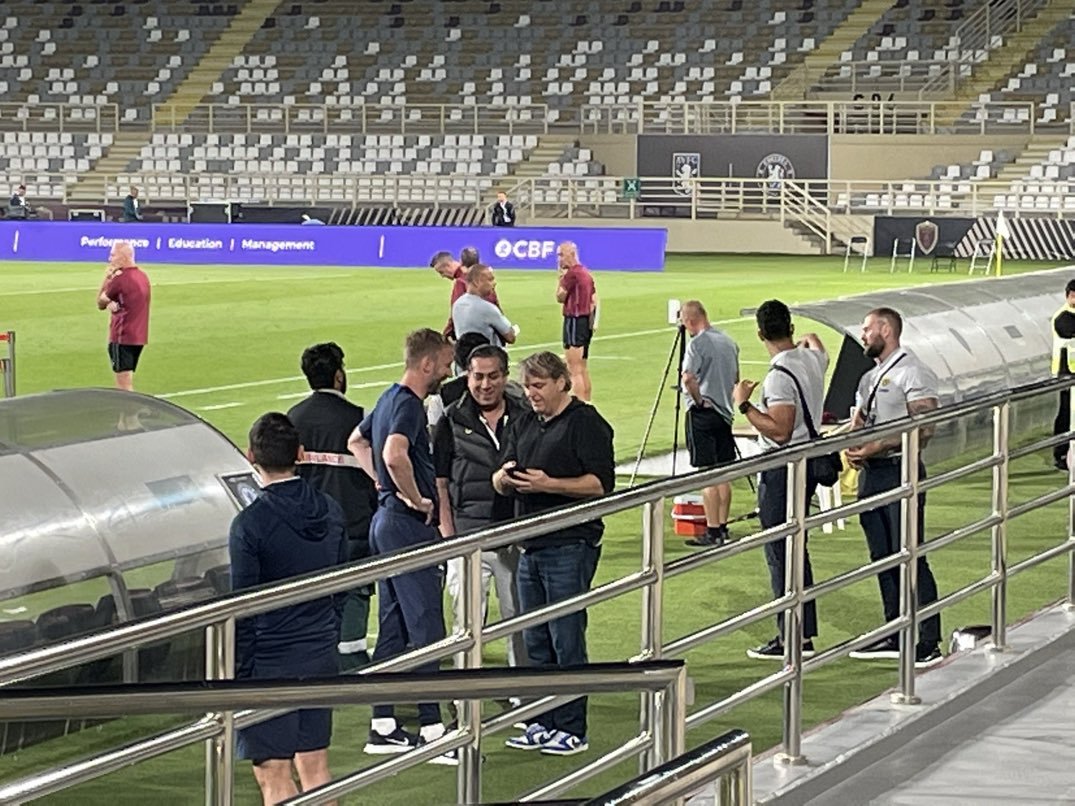 Graham Potter was pictured meeting and speaking with Chelsea co-owners Todd Boehly and Behdad Eghbali following their 1-0 defeat against Aston Villa on Sunday in Abu Dhabi.

Chelsea, who had a mix of senior and academy stars, were narrowly beaten by Unai Emery’s men as they concluded their week-long warm-weather training camp in the Middle East.

“We’ve had a fantastic week, good to work with the boys who are here, lads that have been injured have had a bit more time training and stepped their rehab on so that’s good they are getting closer.

“It’s been really positive to work in these conditions and we are happy with the week.”

Potter was closely watched on the sidelines by the Chelsea hierarchy after Boehly and Eghbali were pictured post-match speaking with the head coach, making the decision to fly out to Abu Dhabi to watch the team play.

What the trio were in conversation about remains unclear, however all will be concerned with Armando Broja screaming in pain while holding his knee which saw him stretchered off in the first half.

“It was an unfortunate action, I think he got caught up with their player and the ground,” Potter said.

“It doesn’t look positive at the moment, but it is too early to say. Fingers crossed, but it’s an awkward one.”

It could force Chelsea to act in the January transfer window should the scan results come back and not be positive.