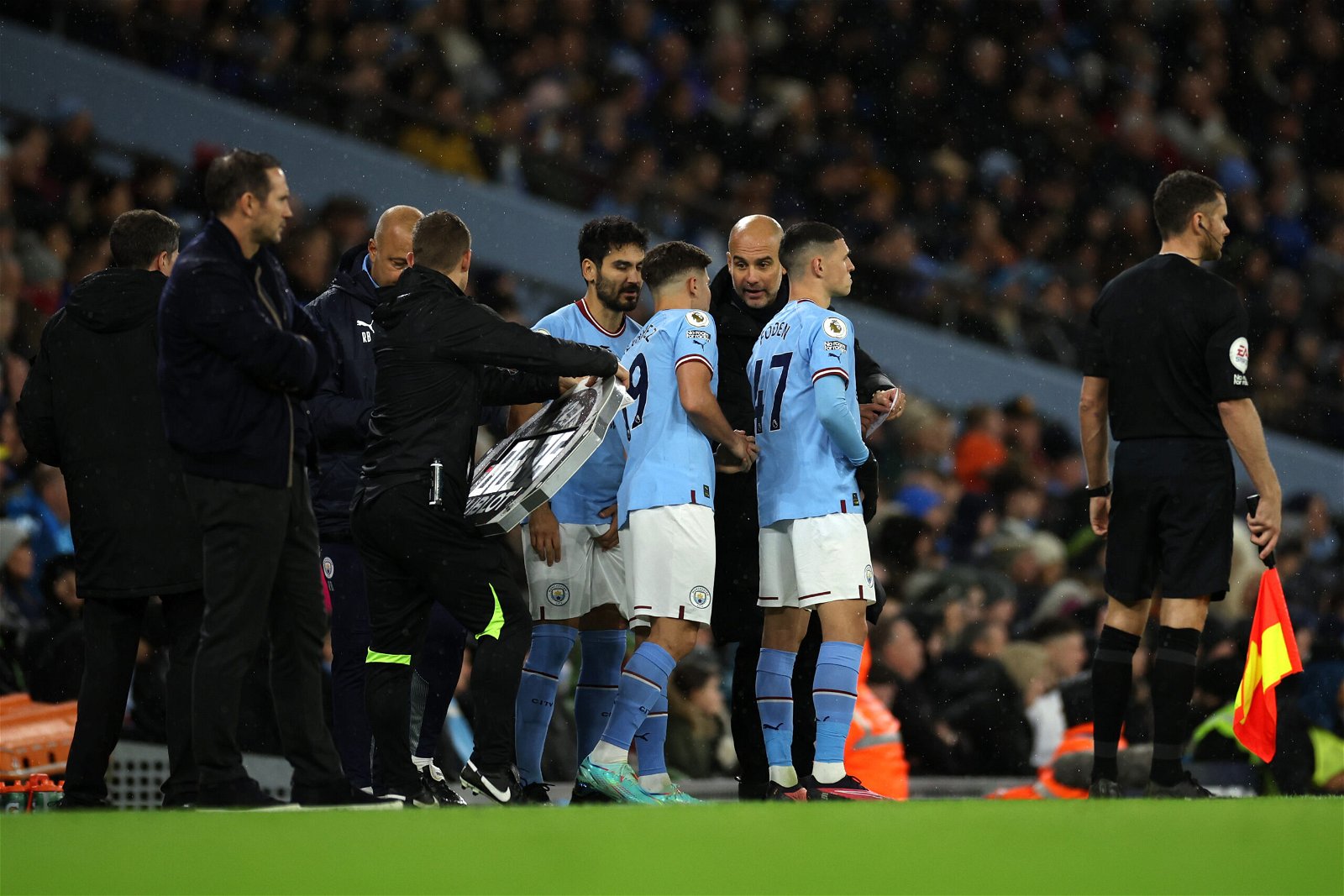 Chelsea and Man City are separated by 11 points as ninth takes on second in the capital for Graham Potter’s first home game of 2023.

The teams have already faced each other this season, in the Carabao Cup prior to the World Cup break in Manchester. City came out victorious to progress and will be hoping to make it two wins from two against Chelsea.

Man City are hoping to close the gap to Arsenal who lead the way in the Premier League, while Chelsea need to get back on the winning trail to bridge the distance to the pack chasing Champions League qualification.

Potter and Guardiola face off on Thursday in the first of two encounters this week, with the sides playing at the Etihad Stadium in the FA Cup third round.

For Chelsea, the midweek clash offers them a challenge which doesn’t get much tougher domestically but one which will either lift moods or severely dampen them. Defeat on Thursday to City will put their top four hopes in huge jeopardy.

Chelsea are aware of City’s threat after Potter outlined how they need to approach the game.

“We have to play well ourselves, that is the key,” responded Potter, as quoted by Adam Newson, when asked about how Chelsea will reduce Man City’s threat which has seen them only suffer two defeats in the league this term.

“Then you have to understand the quality they have and try to stop it. It sounds simple when you condense it down but the reality isn’t so straightforward.

“They are a top team but we can cause them a problem, we can be ourselves and try to play well and put them under pressure. We need to use Stamford Bridge and then see what happens.”

Chelsea’s form in the league doesn’t make for good reading. They have only won one of their last seven league games, drawing three and losing the other three which were in their final outing.

Is it a chance for Chelsea to use the City clash as a kickstart in 2023 to build some momentum? Potter doesn’t believe they so, pointing out the process and effects of losing games even if it’s not the desired outcome.

He added: “I wouldn’t say kickstart as we’ve played only 15 matches. Such a lot has happened in those 15 matches and I’ve been here only four months – and it feels longer than that if I’m honest. It’s a season that is obviously unique.