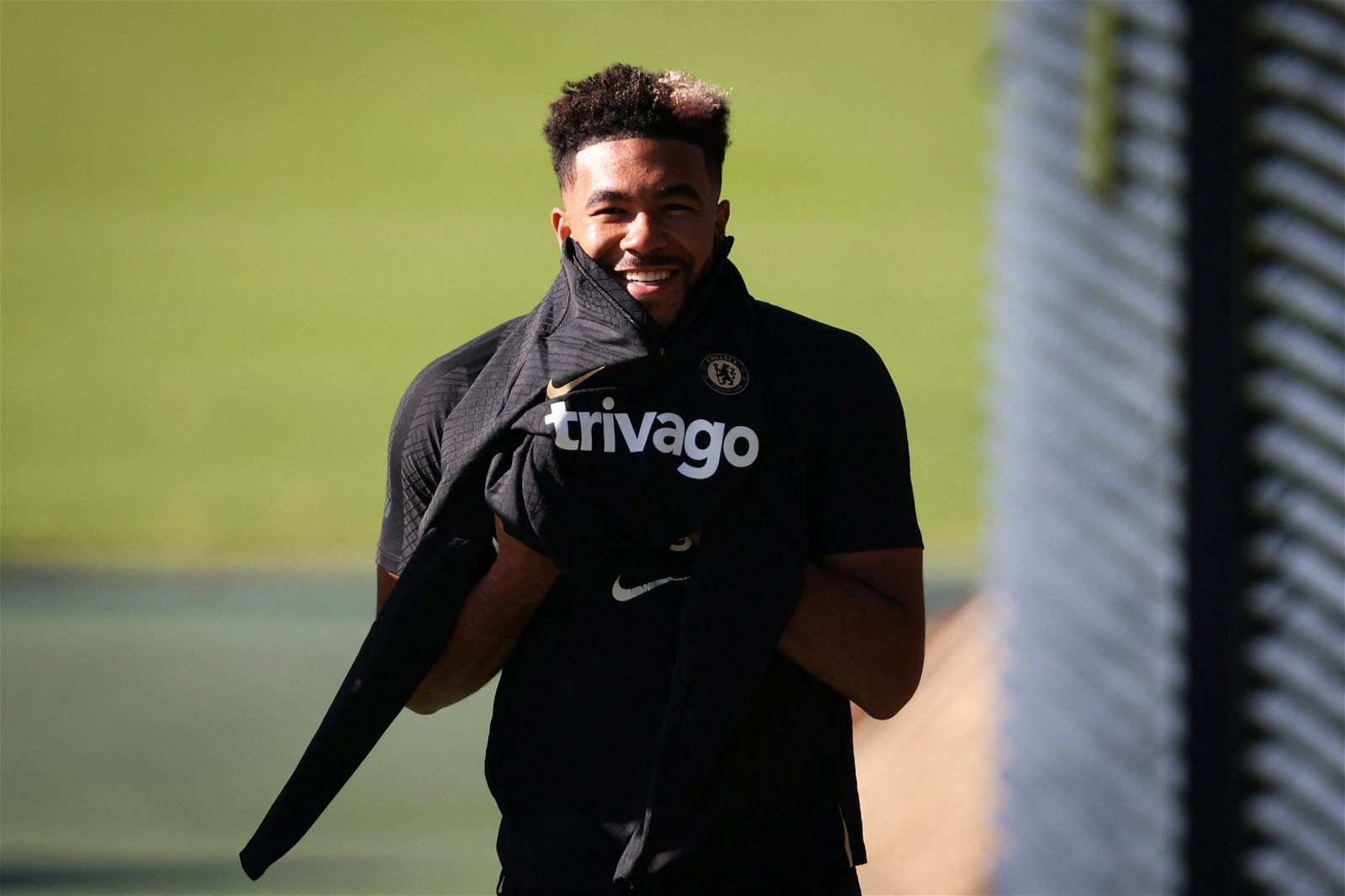 Reece James admits it has been frustrating being sidelined but is looking forward to making his Chelsea return from a knee injury.

The 23-year-old is on the road to recovery from a knee injury sustained during Chelsea’s 3-0 win over AC Milan in the Champions League at the San Siro back in October.

It saw James miss out on a World Cup call-up, leaving him devastated, but he has continued to work to ensure he gets back to playing football as soon as possible.

Over the break, James has stepped up his rehabilitation which has seen him travel to Dubai, and now Abu Dhabi where Chelsea are based for a week-long warm-weather training camp.

When James will be fit enough for selection again remains unclear but he took another step in the right direction after joining in with full team training on Friday.

The England international spoke of his frustration after a prolonged period out, however was pleased to get back on the grass with the rest of his teammates.

“It’s been a while since getting back out, it’s been frustrating a lot, missing the World Cup and then it taking longer than I first hoped,” the right-back told the official Chelsea website. “But it’s good to be back with the team. It was my first contact session so it’s good to be back in a nice place and good weather.

He added: “It definitely helps (being around teammates during rehab). It comes from within, everyday is tough especially when you’re trying to get back out there and fight for the team and give your best.

“It’s a struggle sometimes but coming towards the end of it you start to see light and that’s when good things come.”

Ben Chilwell has faced similar fortunes to James with the pair also getting injured at the same time last season.

James added: “Last season we both got injured at pretty much the same point, it’s not ideal and definitely not what you want, especially when we’ve both missed a major tournament as well. But you can only deal with the cards you get dealt, it’s obviously tough but we have to accept it and look at the positives.”

Despite the many setbacks James has faced, he is now focused on getting back fit and enjoying his football once again.

On his aims, he concluded: “More football, me being on the pitch again and enjoying myself, and hopefully building up to come back to play soon.”