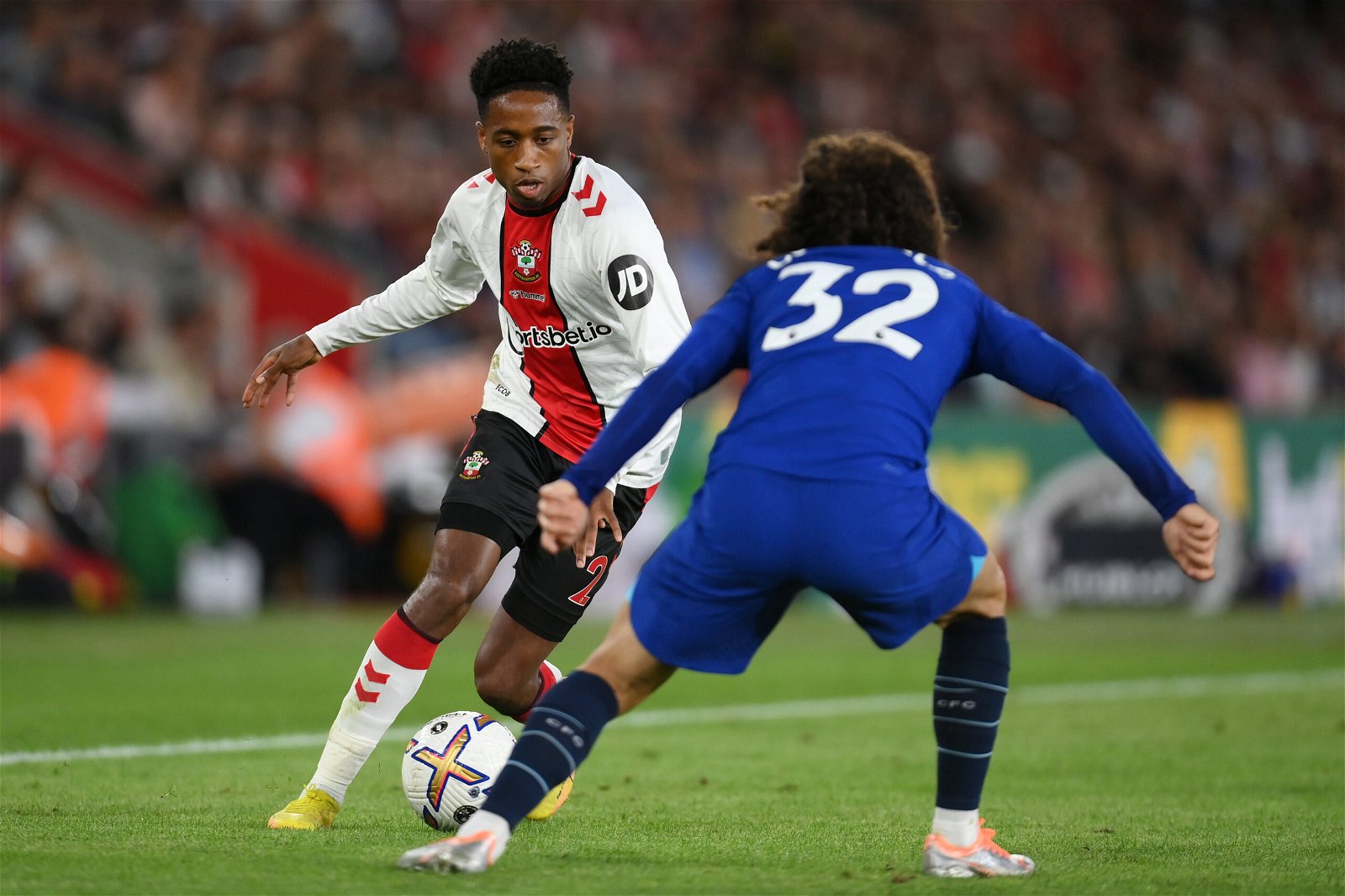 Chelsea’s 2-0 Premier League win over AFC Bournemouth on Tuesday, their first in the league since the 2-0 away win over Aston Villa in October, was a huge positive all round for the club.

Kai Havertz’s goal and assist beneficial for the forward’s confidence going into the second half of the season, and Mason Mount and Denis Zakaria both performing well in midfield, the former slotting home a finely taken goal in the first half.

Despite this, Reece James’ forced substitution through injury just after half-time is a real cause for concern for Graham Potter, with the right-back set to miss up to four weeks of football as he recovers.

Cesar Azpilicueta, 33, is available to step up as cover, although the defender represents a sharp decline in quality down the right-hand side – lacking the pace and directness James offers in abundance.

Despite James’ vast qualities both defensively and offensively, the 23-year-old has proven to be particularly injury prone during his time in West London. In his first senior season at the club, upon his return from a loan spell with Wigan Athletic, the defender missed nine league games with various knocks, as well as the UEFA Super Cup final versus Liverpool in August.

This season, James has already missed nine of an available 23 games – his absence to the side sorely felt as Chelsea lost to the likes of Southampton, Brighton and Newcastle with the defender out of the team.

With James’ injury issues now well-known to the club, as well as the decrease in overall quality to the XI during his unavailability, it may be wise for Chelsea to invest in a right-back in the January window.

Who are the different profiles the club could target next month?

Walker-Peters spent seven years in the Tottenham academy, although featured for the first-team sparingly, before making the move to Southampton after a successful loan spell in the summer of 2020 for a fee of roughly £12 million. The right-back could an ideal profile for the club to invest in – aged 25 he yet to enter his prime, has a wealth of Premier League experience (96 league games to date), and can also cover at left-back if needs be, filling in on the left 21 times in the league thus far in his career.

His reliability and availability could prove highly valuable to the Blues – in his debut season on the south coast he missed just four league games, and missed just one league game last season due to Covid-19.

Capable defensively as well as proving an attacking threat, Walker-Peter’s represents the profile of a ‘modern’ full-back; his two successful dribbles per 90 last season ranking him highest in the Southampton squad, and the defender’s 0.25 shot-creating dribbles per 90 ranking him in the top four percent for full-backs across Europe’s ‘top five’ leagues. The defender is often central to Southampton’s counter-attacks under Ralph Hasenhüttl – pacey, direct and agile down the right-hand side.

With that in mind, Walker-Peters is also more than competent in the defensive phases – his 1.9 tackles per 90 this season second in the Southampton squad to Mohammed Salisu, and the right-back dribbled past just 0.5 times per 90, ranking him in the top 20 percent for European full-backs. This fine form saw Walker-Peters granted his senior debut for England in March in a 2-1 win over Switzerland – an impressive achievement given the wealth of talent England possess at right-back.

Valued at £22 million by TransferMarkt, and linked with a move to Chelsea previously, Walker-Peters could be a very shrewd acquisition for the club in January.

Aged 22, Frimpong spent nine years at the Manchester City academy, playing alongside the likes of Phil Foden and Jadon Sancho, before making the move to Celtic in 2019 in the search for consistent first-team minutes. After a season and a half in Scotland, winning the Scottish Premier League, the right-back was signed by Bayer Leverkusen in the Bundesliga for a fee that could rise to up to £11.5 million, where he currently plays alongside Chelsea loanee Callum Hudson-Odoi.

This season, Frimpong has been crucial to the Leverkusen squad- he is yet to miss a league game, operating primarily as a right-wing-back in a 3-4-3 set-up, and has scored five goals. The right-back also made his Champions League debut in September, assisting both goals in the home victory over Atletico Madrid.

This superb form saw Frimpong called up for the Netherlands senior side for the 2022 World Cup in Qatar, despite still awaiting his debut, having first appeared for the youth team in 2018. Possessing rapid pace and dynamism at both right-back and right-wing-back – Frimpong’s overall statistics are also superb. His 2.1 successful dribbles per 90 this season is the highest in the Leverkusen by some distance (Moussa Diaby second with 1.3), and his seven league goals and assists ranks second in the squad, representing a real attacking threat akin to Reece James’ output.

Frimpong also ranks in the top one percent for European full-backs for non-penalty expected goals and assists per 90 with 0.43, compared to James’ 0.38 and Azpilicueta’s 0.11. Linked with Real Madrid and Manchester United in recent weeks, it is surely only a matter of time before Frimpong makes a move to an elite European side in the future.

Turning 28 next August, Juranović is the most senior of the three right-backs profiled, although may be more content to play a bit-part role in the squad over the long-term. He comes off the back of a superb world cup with Croatia alongside Blue Mateo Kovacic, finishing 3rd in Qatar.

Making a name for himself during a five-year-spell at Croatian side Hajduk Split, Juranović spent a year with Polish club Legia Warsaw as Wojskowi won their 15th Polish Championship title, before moving to Celtic in the summer of 2021 for a fee of £2.5 million.

Similar to Walker-Peters and Frimpong, Juranović is also a versatile defender – last season the Croatian featured 16 times as a ‘conventional’ right-back, eight times as a more attacking right-wing-back, 13 times at left-back, and once in a defensive midfield role, a trait that could prove highly valuable to Graham Potter.

Juranović missed just five league games last season as Celtic won the Scottish Championship with 93 points, also playing every minute in the semi-final and final as The Hoops won their 20th Scottish League Cup. Calm and composed when playing out from the back, the defender ranks in the top four percent for both progressive passes per 90 (5) and passes into the final third per 90 (5.83) – compared to Reece James with 3.59 and 3.78, respectively.

A key member of Croatia’s 2022 World Cup squad, Juranović played every minute of the tournament with the exception of the third-place playoff win over Morocco, assisting in the 4-1 win over Canada, and averaging two tackles per 90, the sixth-highest in the squad, as Croatia conceded just one goal in the group stage. His quality was on show in the 1-1 quarter-final penalty shootout victory over Brazil – Juranović winning 100 percent of his ground duels, and playing 61 accurate passes, including three key passes in 120 minutes, as he faced off against Vinícius Júnior in attack.

Juranović would certainly cost less than both Walker-Peters and Frimpong, and could be an ideal target for Chelsea in January to add versatility, experience and possessional pedigree into the squad ahead of a busy fixture schedule.