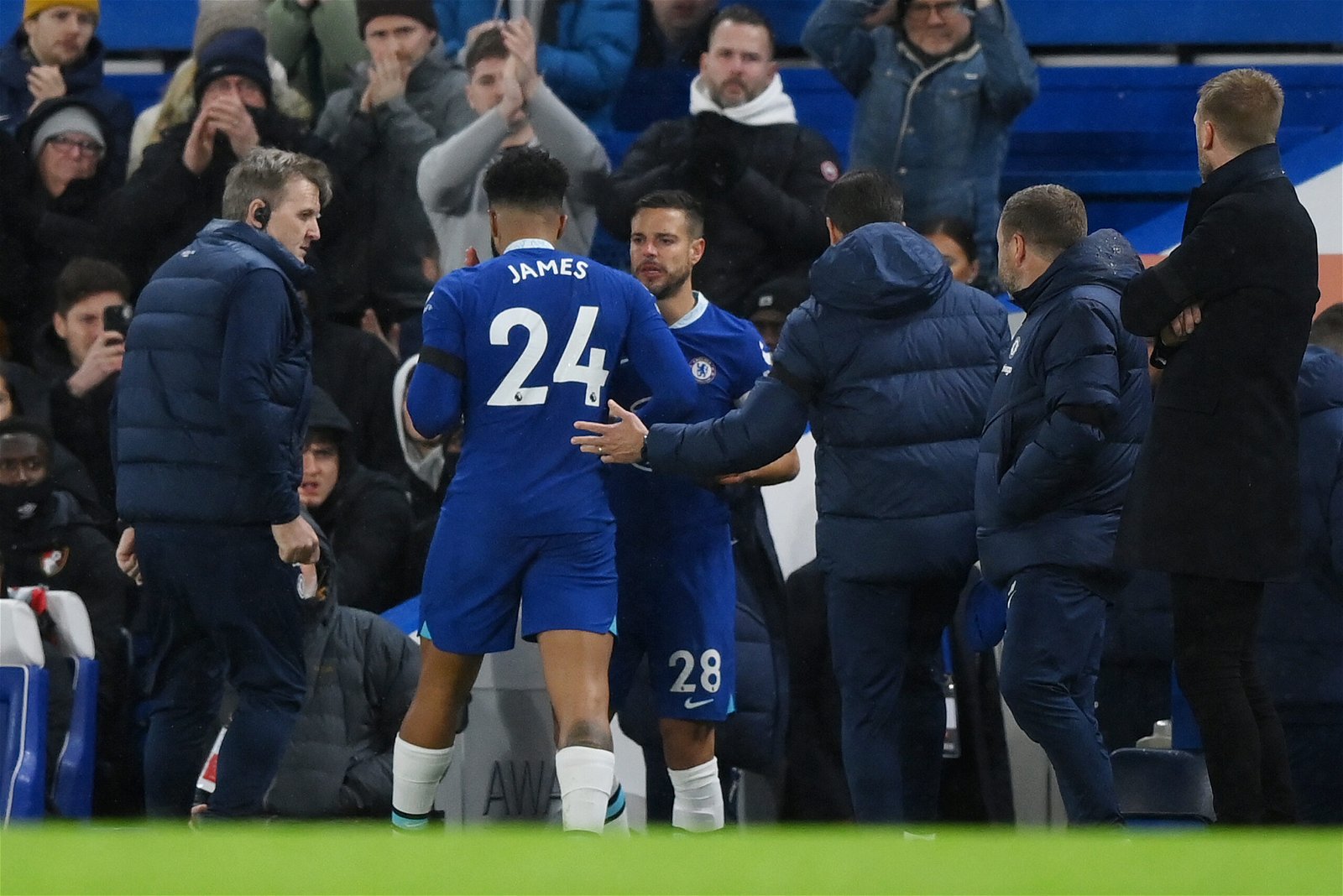 Reece James has been ruled out for up to a month following a knee injury setback and it serves Chelsea with a timely reminder over what needs to happen in the January transfer window.

The 23-year-old’s setback was confirmed on Wednesday after he underwent scans on his knee which forced him off in the 52nd minute of their 2-0 win over AFC Bournemouth in the Premier League on Tuesday evening at Stamford Bridge.

Chelsea will now be without their star right-back, again, despite just welcoming him back for his first appearance since October.

Head coach Graham Potter and James’ teammates know the blow his absence has and will continue to have on the team – it’s not the first time and unlikely to be the last.

In the past, Chelsea haven’t provided suitable cover for James when he has not been in the side. Club captain Cesar Azpilicueta is an option but the Blues really need to strengthen in the wing-back department.

They were linked with Denzel Dumfries of Inter Milan in the summer, and well before that too, but they opted to keep hold of Azpilicueta and go into the season with the Spaniard and James.

But after the latest injury to James, co-owners Todd Boehly and Behdad Eghbali now need to act to ensure cover is in place to cover for any future problems.

Plans were in place to sign cover at wing-back but it was not a priority in January, with a centre-back and striker the two main positions targeted by Chelsea.

It was reported that any further setback upon James’ return to the Chelsea side, which could come as early as the end of January, may result in the England international requiring surgery.

With the warning already there, Chelsea need to make a swift move in January to bring in a right-back of sorts.

Josip Juranović of Chelsea has been linked with the club and ‘internal talks’ have taken place, according to Nizaar Kinsella, but no further advancements have been made as of yet.

Celtic boss Ange Postecoglou responded to speculation, saying: “I can say that I’ve heard nothing. Nothing’s happened. As I said a week or so ago, the speculation is what it is.”

Chelsea nor James can afford another setback and will want his return not to be rushed as he begins the road to recovery, again. A new right-back, whether that’s Juranović or another player, will relieve some pressure on trying to speed James’ return up next month.