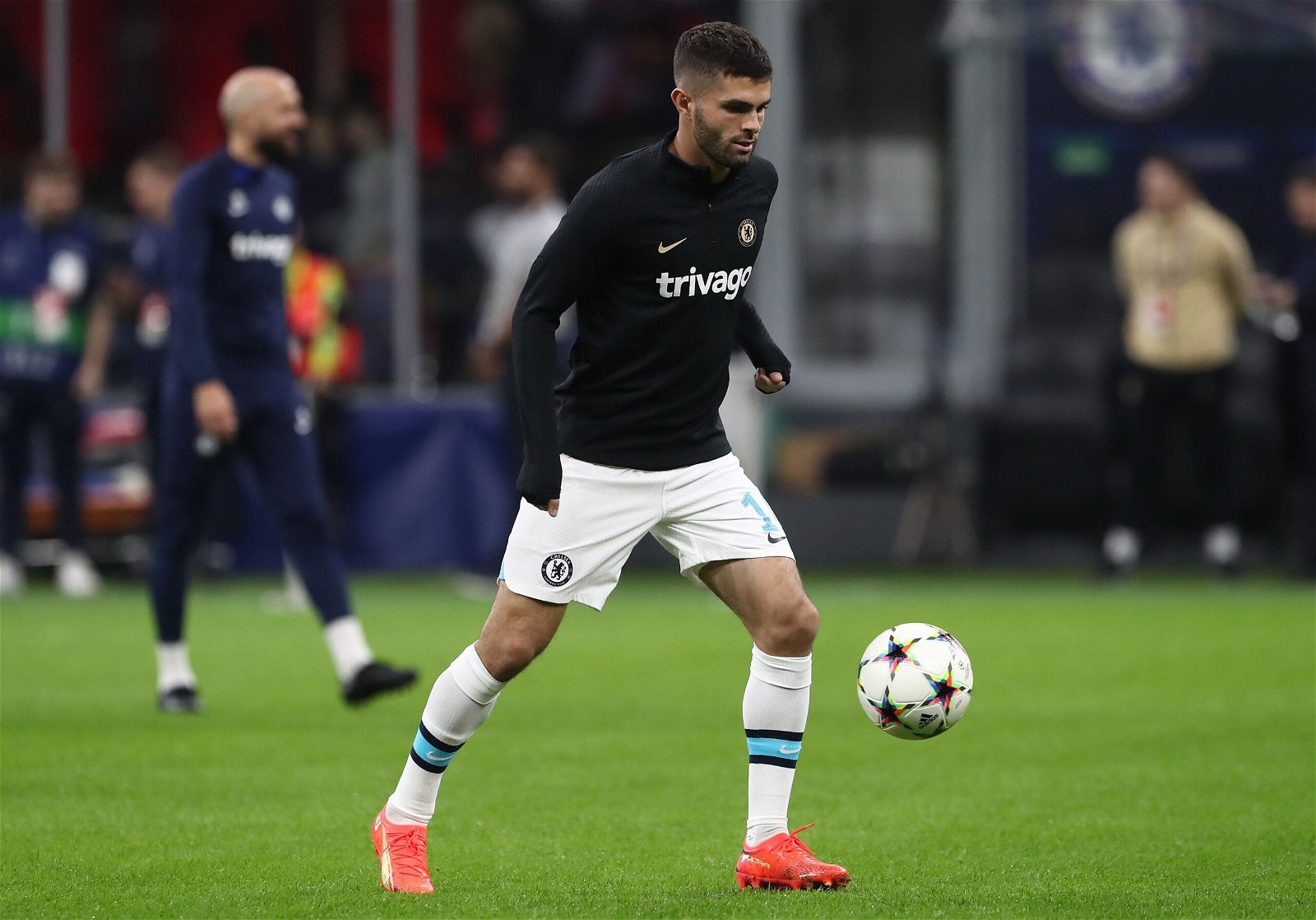 Christian Pulisic has been told not to leave Chelsea for Manchester United if he does decide to quit Stamford Bridge.

The 24-year-old was linked with a move away during the summer transfer window after becoming an outcast under former head coach Thomas Tuchel.

Raheem Sterling’s arrival plunged Pulisic and Hakim Ziyech’s futures into uncertainty, however both still remain at Chelsea but are linked with moves away in January.

Pulisic has played 18 times this season in all competitions, scoring just once. He has only started three of the 13 appearances he has made in the Premier League.

After returning from the World Cup, Pulisic spoke on the Indirect Podcast with teammate Tim Ream and was quizzed on his future.

His focus remained on Chelsea but he left the door open to a possible departure, admitting:

“Right now I’m absolutely back at Chelsea, Focused and ready to finish the season.

“But you know how things work in football. Things change quickly and anything can happen.

“At the moment, I am just pushing myself in training and working at Chelsea because that’s where I am right now.”

Newcastle United, Manchester United and Arsenal have all been linked with the former Borussia Dortmund winger.

Manchester United have many options in attack and still have Jadon Sancho, who has been given time off by Erik ten Hag, to return.

And Pulisic has been warned off making a switch to Old Trafford should he leave Chelsea by former Blues defender Glen Johnson.

“I want Chelsea to keep Christian Pulisic, he shouldn’t leave for Manchester United,” admitted Johnson, when speaking to Midnite on the winger’s future.

“I have defended him for a long time and said he has so much potential, but now he needs to prove it.”

Johnson backs Pulisic’s quality but believes this is a make or break season for the USMNT star ahead of a decision-making summer at the end of the season.

“He still has loads to give, give him one more serious season, but if we’re having the same conversations this time next year, he has to go.”