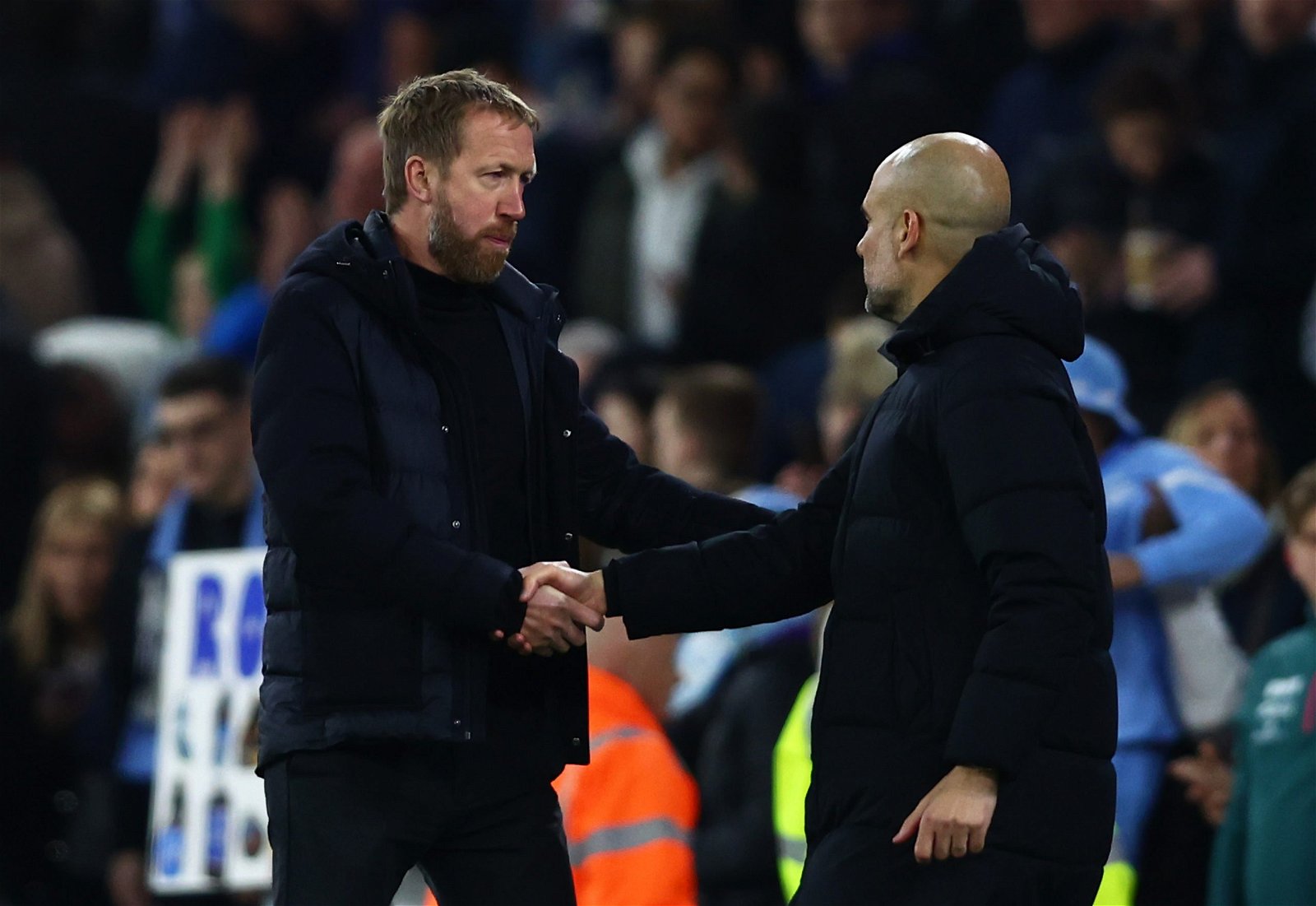 Graham Potter isn’t ready to focus on Chelsea’s FA Cup third round clash against Manchester City just yet with the cup tie still over four weeks away.

Chelsea were handed an away trip to the Etihad Stadium on January 8 to face Pep Guardiola’s side after the draw was made at the end of last month.

The two sides were paired in the Carabao Cup third round which Man City came out victorious with a 2-0 win to progress into the fourth round.

Potter’s side will face City three days earlier in the Premier League at Stamford Bridge prior to their trip up north as they look to keep their hopes of winning a trophy this season alive.

Man City will be the favourites when the two sides meet, which Potter is well aware, but Chelsea will ensure they are as ready as they can be to try to win the game.

“It’s as tough a game as you can get away at the champions Manchester City,” Potter told the official Chelsea website while out in Abu Dhabi.

“We’ve got a lot of football to play before then, but when it comes we’ll do our best. It’s going to be tough game, it’s always an exciting game, fantastic test.”

Chelsea are currently in Abu Dhabi for warm-weather training ahead of the Premier League restart later this month.

They are out of form, winless in their last five league outings (D2, L3) and Potter is hoping the much-needed rest will impact Chelsea’s impact positively when they return.

Potter added: “It’s a fantastic location, beautiful weather, a bit of a break from the cold of Cobham. We’ve got a small group because of the guys that are away on World Cup duty. But we can still work with the guys that we have here, few of players coming back from injury so will benefit from some warm-weather training as well.

“It’s also important for us to look at some of the young guys, so it’s a nice mix of players. We can work, develop them physically, work tactically in terms of what the team looks like, and also build relationships so it’s been a really positive camp.”

The Chelsea boss concluded: “It’s been an extreme eight, nine, ten week period in terms of intense Premier League, Champions League action. So this period gives us a chance to know people, know people better, people who may have been outside our area of work.”