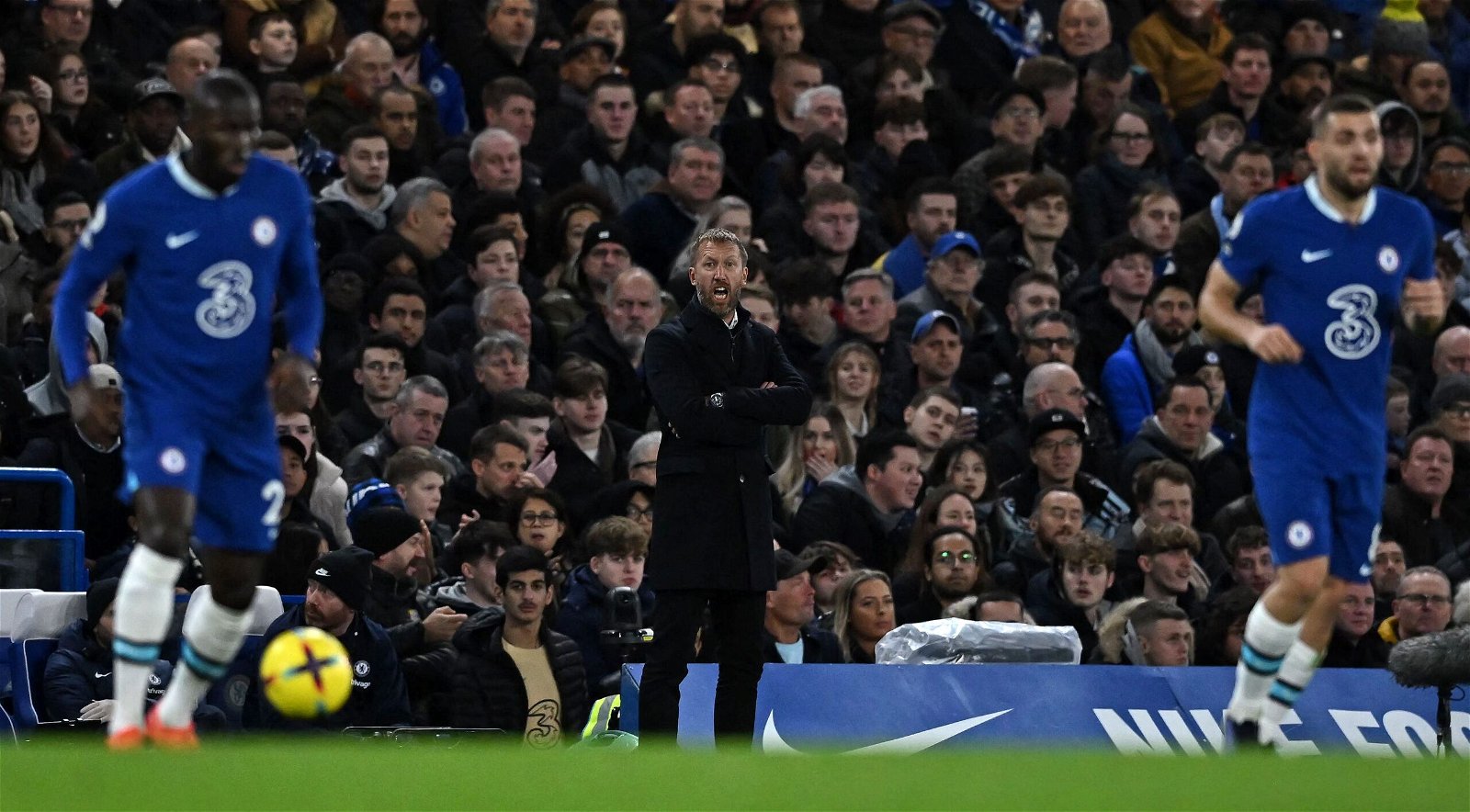 Chelsea face Fulham in the Premier League on Thursday night at Craven Cottage in a must-win game for Graham Potter’s side.

Six defeats in their last nine games in all competitions has plummeted the confidence and mood in the Chelsea camp. Graham Potter’s side have slipped to 10th place in the Premier League and their season looks all but over barring a sensational turnaround.

Chelsea are 10 points off the top four spots and it’s becoming increasingly likely that they will miss out on Champions League football next season.

The pressure is mounting on Chelsea both in terms of results and injuries, with an ongoing crisis currently taking place inside the club’s medical room.

Thursday is a must-win game for Chelsea, who are yet to win in 2023, but the west London derby will not signal the end of Potter at the club even if they lose, with the hierarchy still fully supportive of the 47-year-old.

Fulham are in a fine run of form after winning their previous three league outings which sees them in 7th place and three points clear of Chelsea.

So how could Chelsea line-up against Fulham?

Edouard Mendy remains sidelined with a fractured finger so Kepa Arrizabalaga keeps his spot in goal.

Thiago Silva was rested on Sunday against Man City so is likely to return to the side, with Kalidou Koulibaly hoped to join the Brazilian in the back four.

Lewis Hall has impressed in recent outings, so will push Marc Cucurella for a starting spot. Cesar Azpilicueta is also expected to return. Benoit Badiashile made his debut on Sunday, but he is unlikely to start on Thursday.

Ruben Loftus-Cheek and N’Golo Kante are still absent. Denis Zakaria and Carney Chukwuemeka have both given Potter food for thought following recent performances.

Joao Felix has arrived and will be in contention to face Fulham if he gets his work permit in time, with Mason Mount, Kai Havertz, Hakim Ziyech, David Datro Fofana and Pierre-Emerick Aubameyang also at Potter’s disposal.

Christian Pulisic (knee) and Raheem Sterling (hamstring) won’t be available after Potter confirmed the double blow pre-match, revealing: “Christian is a couple of months we think, hopefully, less, but that’s the timeframe. Raheem less but we’re still evaluating the extent of it. Hopefully less than that, though.”