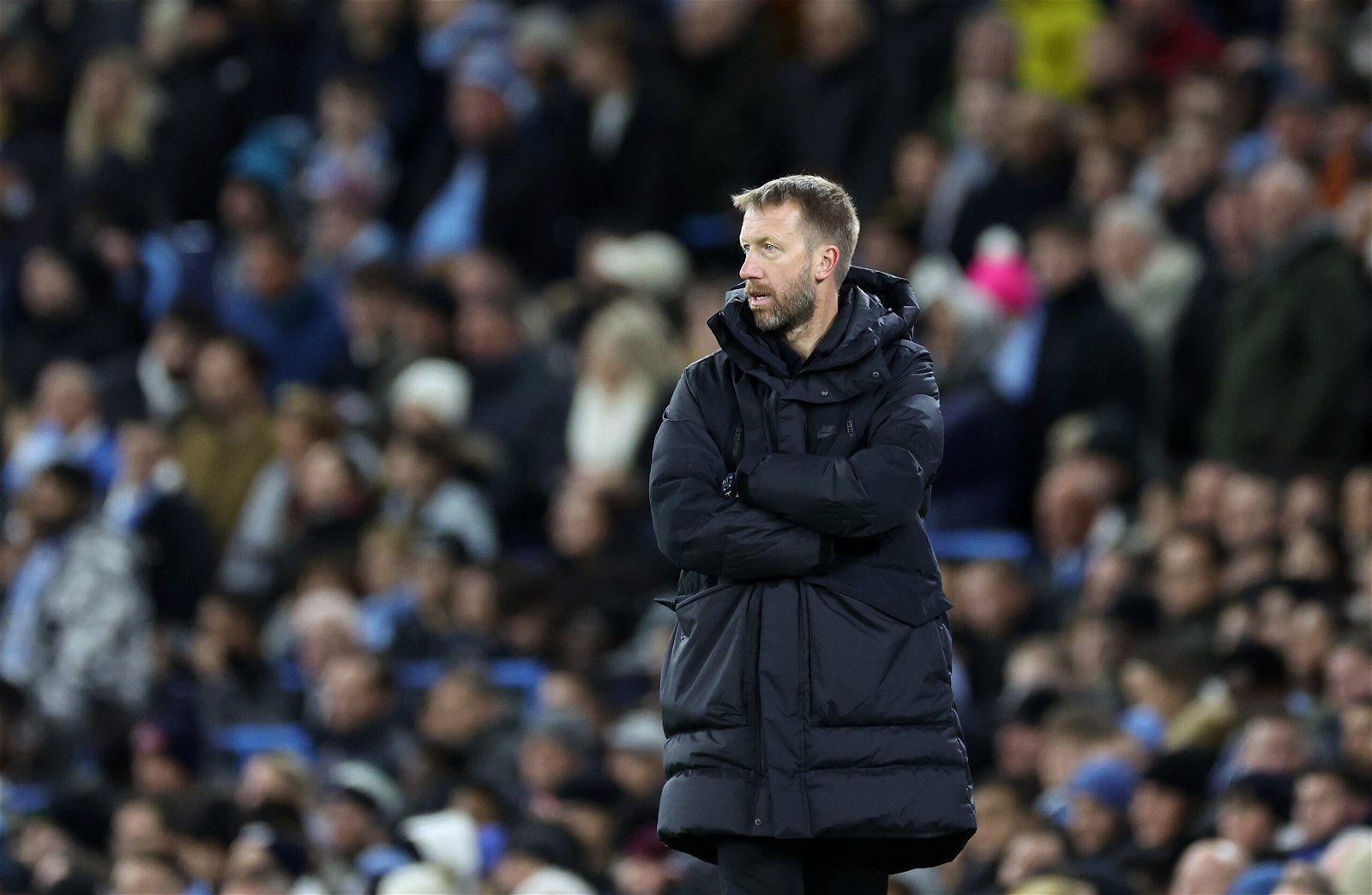 Graham Potter will not see his position as Chelsea head coach come under threat should they not beat Fulham on Thursday night, according to reports.

It’s not been a happy start to the New Year for Chelsea, whose struggles have continued following the World Cup break. They looked to have turned a corner with a 2-0 win over AFC Bournemouth on December 27, but have since drawn one and suffered back-to-back defeats to Manchester City.

As a result, Chelsea have slipped down to 10th place in the Premier League and their Champions League qualification hopes are now under real threat, with the Blues trailing fourth-placed Manchester United by 10 points.

Chelsea are hoping to stop the rot with a win in the London derby away to Fulham on Thursday night at Craven Cottage. They will be spurred on by Fulham forward Aleksandar Mitrović missing the game through suspension.

Pressure is starting to pile on Chelsea and Potter, with him and his team subjected to Thomas Tuchel and Roman Abramovich chants by their own travelling supporters away to Man City on Sunday evening.

Potter understands and accepts the frustration and anger being voiced by supporters. He admitted: “I understand the frustration, the disappointment, the anger, because the results haven’t been what we want.”

The Chelsea hierarchy have continued to back Potter to lead the long-term vision after handing him a five-year contract last September. The 47-year-old retains the full confidence and backing of Todd Boehly and Behdad Eghbali.

However, Chelsea need a win on Thursday night against Fulham for everyone’s sake: Potter, players, board and fans. But if they don’t claim all three points in the west London derby, no knee-jerk reaction will be made.

As reported by the Daily Mail, a negative results will not leave Potter in ‘any immediate danger’, although emphasis has been placed on the London derby from the owners as they look for signs of improvement and progress.

Losing six of their last nine matches in all competitions isn’t good enough for Chelsea, Potter knows that, and it will be on him to deliver a result in midweek to push them back up the table.