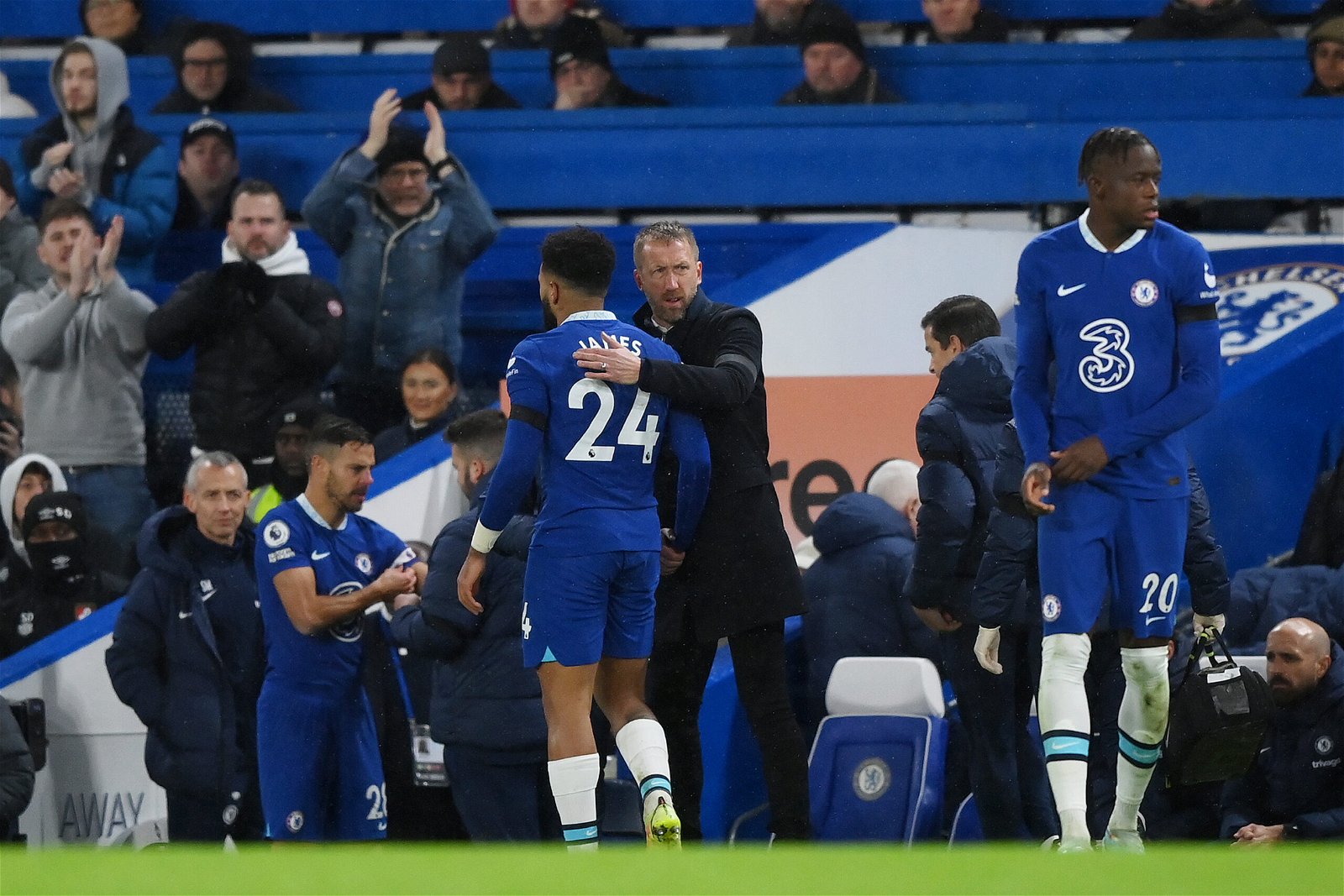 Reece James has been ruled out for up to four weeks following a knee injury setback sustained against AFC Bournemouth on Tuesday evening.

The 23-year-old was left disappointed after being forced off in the 52nd minute for Chelsea with the same injury which he sustained in October against AC Milan.

James worked hard over the World Cup break, which he was forced to miss due to injury, to ensure he was ready to return on December 27 to play Bournemouth.

Head coach Graham Potter detailed the ‘clear and careful’ plan they had for James to ease him back into the side and build his match fitness levels up.

Potter started James against the Cherries, with the plan for him to play around 60 minutes, but his decision backfired in the 2-0 win for Chelsea in the capital.

James has now been ruled out for up to four weeks which will see him miss the games against Nottingham Forest, Man City, Fulham, Crystal Palace and Liverpool.

Chelsea will have to dip into the January transfer window to ensure they find suitable cover, with Cesar Azpilicueta currently the only obvious choice to slot into the side in his absence.

James’ personal trainer, James Ralph, shared his displeasure at James’ injury on Instagram, writing – in a now deleted post -: “I need to bit my tongue despite having a LOT to say.”

The defender also left a note of the hurt the setback has left, writing: “It hurts more than you could ever imagine. I guess it’s another learning lesson, what the lesson is, I’m yet to know.

“It’s always hard to see the bigger picture when we live day to day. I’m sure I’ll look back in the future and understand why this had to happen. Growth only takes place when your challenged. In such a bad situation there’s still many things to be thankful for, you guys being one.”

With the 23-year-old suffering another setback, Chelsea have to ensure they do not rush James back despite having a crucial Champions League tie awaiting them in February against Borussia Dortmund.

As reported by The Athletic, a further setback could mean the right-back may need to undergo surgery which is the last thing Chelsea and James want.

Potter and the medical team now need to ensure they follow a careful and strict plan, constantly assessing James, in order to bring him back when he is ready again.

The first port of call for Chelsea is to bring any plans for a new right wing-back forward and ensure they agree a deal next month, and as early as possible in the window.