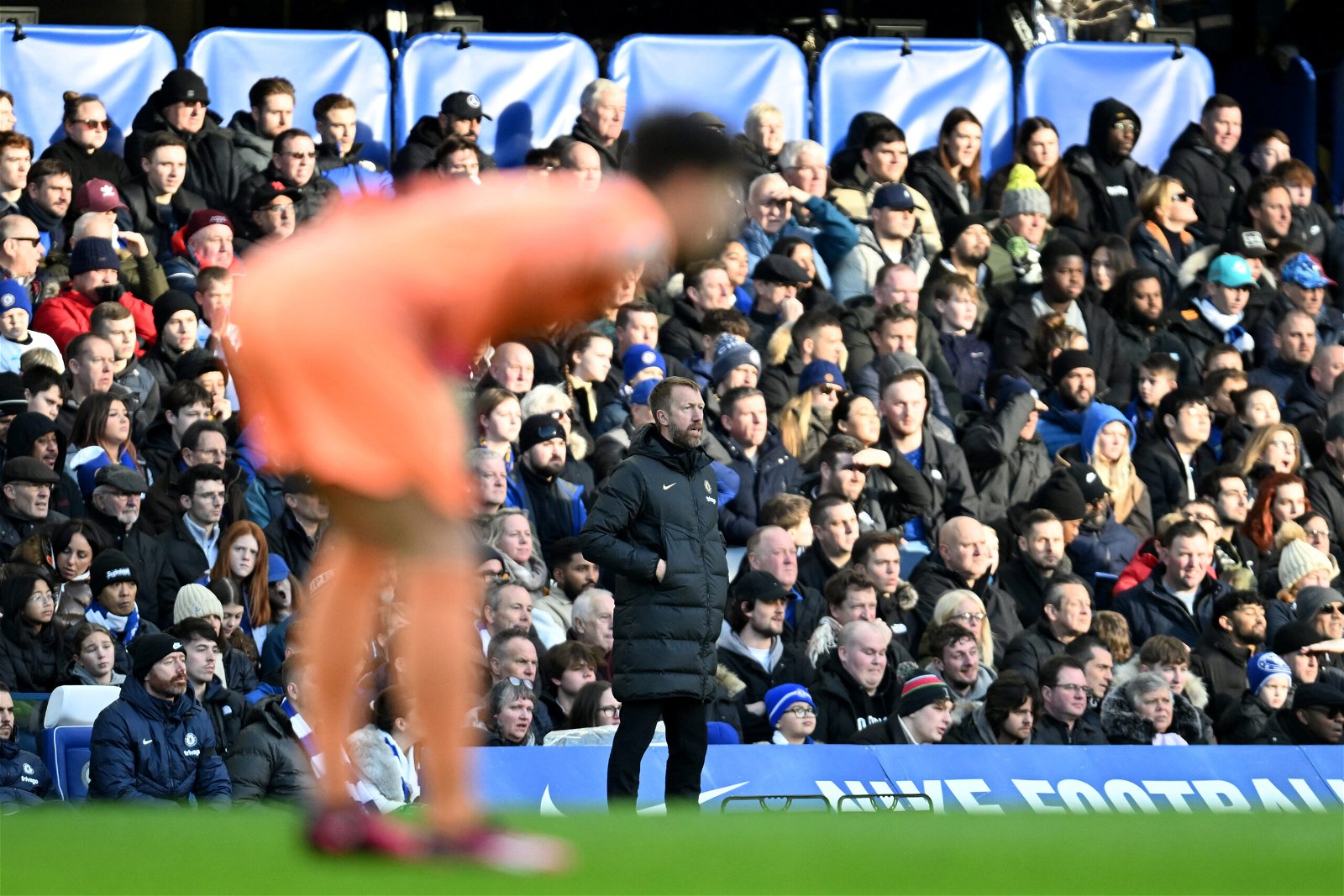 Chelsea clinched a much-needed 1-0 win in the London derby win against Crystal Palace on Sunday afternoon.

With new signing Mykhailo Mudryk watching on, Chelsea were able to deliver their first win in five matches, thanks to Kai Havertz second half header in a hard fought 1-0 win against Crystal Palace at Stamford Bridge.

The game was preceded by a touching tribute to Chelsea legend Gianluca Vialli at Stamford Bridge, with plenty of old Blues in attendance to pay their respects to the former player and manager who sadly passed away earlier this month.

Both sides started the match slowly, possibly a sign of the low confidence in both dressing rooms presently. Crystal Palace were the first side to create a few openings, with Tyrick Mitchell firing at Kepa Arrizabalaga from close range, before some fantastic play opened up space for Michael Olise volleyed effort which again required a good stop from Kepa.

Chelsea then had a volleyed attempt of their own, Thiago Silva drilling an effort towards the bottom corner which required a sharp stop from Vicente Guaita to keep out.

Chelsea started to grow into the game after this, with a trademark Hakim Ziyech cross narrowly headed over the bar by Kai Havertz slightly mistimed header, before Lewis Hall put an effort wide from a tight angle with the goal gaping following some good play from Conor Gallagher on Chelsea’s right.

Crystal Palace nearly took the lead on the stroke of half time, with Kepa again doing well to claw out a goal bound Jeffrey Schlupp header. Chelsea then went up the other end and had another Hakim Ziyech volley well saved by an alert Guaita.

Despite all the action in the first half, there was still time for Chelsea to announce the signing of Shakhtar Donetsk winger Mykhailo Mudryk during proceedings.

Similarly to the first, the second period took a while to get going, before seemingly out of nowhere Chelsea took the lead in the 64th minute. A corner routine was worked short to Hakim Ziyech, who curled a ball into the box with Kai Havertz rising highest to send his headed effort past Guaita, and give some long-awaited cheer to the Stamford Bridge faithful.

Chelsea should have doubled their lead in the 79th minute, with another well worked set-piece finding Mason Mount, who whipped in a ball across to Kai Havertz, but he couldn’t time his header properly with the Palace goal gaping.

Crystal Palace searched for an equaliser late on, with Cheick Doucoure forcing another crucial save from Kepa’s fingertips with his drilled effort goal-bound.

Despite Palace’s best attempts, and seven nervy minutes of stoppage time, Chelsea were able to hang on for a much needed victory, after three straight defeats.

1) Chelsea dig in for the win

After Thursday’s morale sapping defeat against local rivals Fulham, another London derby against Crystal Palace felt like another potential banana skin for Chelsea, with pressure mounting even further on Graham Potter.

However, Chelsea were able to dig in for only their second win in their last ten domestic matches. It was not a particularly memorable performance by the Blues, but they showed good fight and character to bounce back from their recent poor results to put some much-needed points on the board in their hunt for European football.

There is still over half a season left to play in the Premier League, Chelsea should look to use this win as a springboard to re-launch their campaign, with plenty still to play for.

2) Benoit Badiashile has a solid debut

Benoit Badiashile had to wait a few matches before making his Chelsea debut, and with pressure mounting on Graham Potter’s side, a tricky tie up against Wilfred Zaha and co could have proven difficult for the young Frenchman.

However with the help of Thiago Silva there to marshall him through proceedings, Badiashile dealt with Palace’s attack in an assured manner, whilst also looking very comfortable with the ball at his feet.

With Chelsea’s mid-game announcement of new signing Mykhailo Mudryk, Hakim Ziyech would be forgiven for thinking his time at Stamford Bridge is coming to an end. However he will not be going down without a fight, and put in one of his better displays in a blue shirt on Sunday afternoon.

Ziyech is known for having quality, especially in his left foot, and he put it to good use, with some wonderful crosses during the match, including the assist for Kai Havertz opener. When the Moroccan is on form, he is a real weapon for Graham Potter’s team, and if Ziyech can play like this more consistently then Chelsea’s growing list of attackers will struggle to displace him.

Chelsea announced the signing of Shakhtar Donetsk winger Mykhailo Mudryk during the first half. For most of the last month it seemed as though Mudryk would join Arsenal, however Chelsea gazumped the Gunners offer on Saturday evening amidst much drama online courtesy of Shakhtar and Chelsea’s social media accounts.

With Chelsea still struggling in front of goal despite victory against Crystal Palace, Mudryk and Graham Potter will hope he will be the much needed spark to galvanise a faltering season.

With four academy graduates in the starting XI, as well as young stars Carney Chukwuemeka and Benoit Badiashile, Graham Potter fielded a very young side against Crystal Palace on Sunday afternoon.

Whether this is down to Chelsea’s growing injury list or not, it is still a positive sign for the long term project that is being developed at Stamford Bridge. Regular minutes for the likes of Hall, Chukwuemeka and Chalobah will only serve them well for the future, with Hall in particular flourishing in recent weeks.