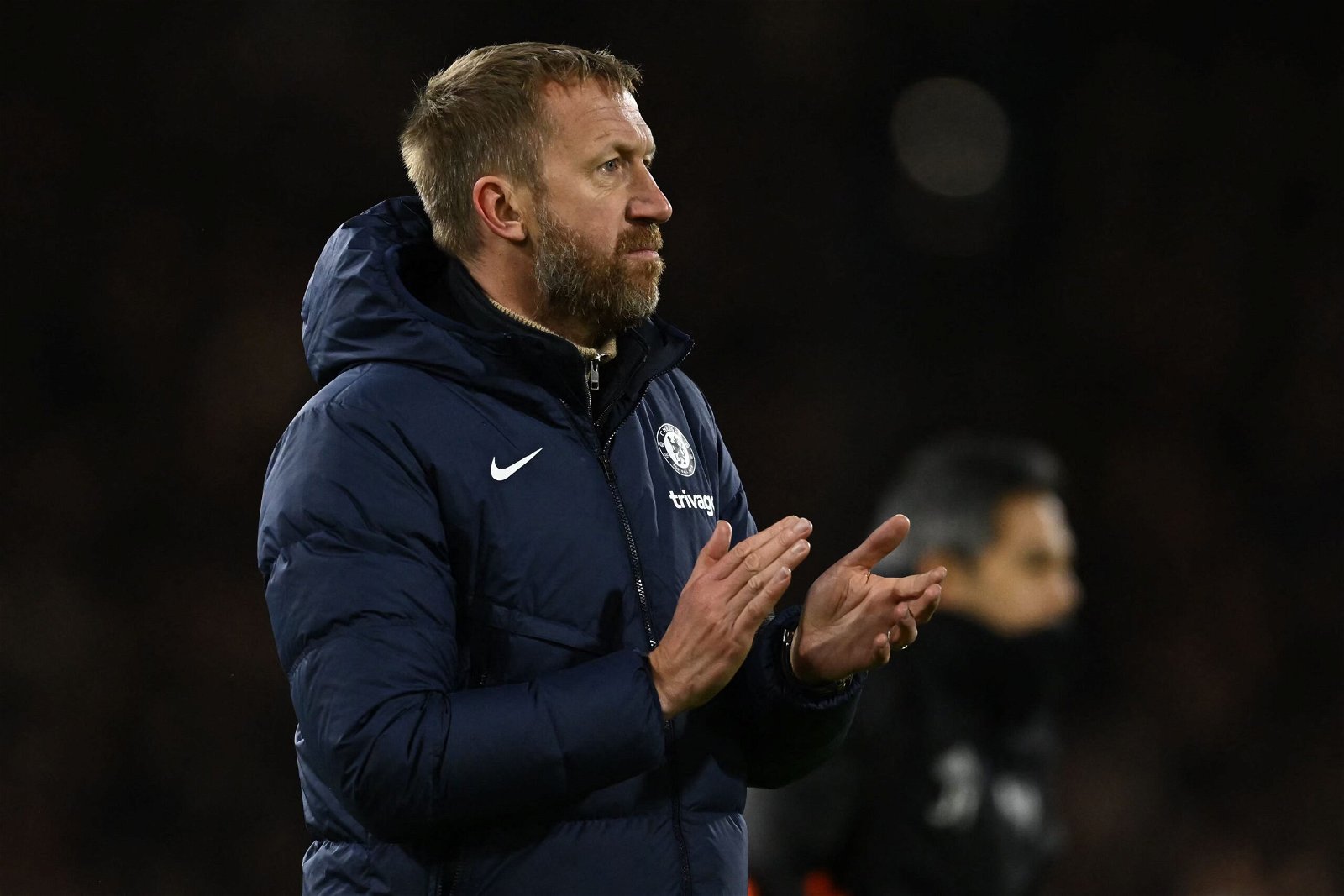 Graham Potter has sent a message to the Chelsea fans following the Blues’ defeat to Fulham and their recent poor form.

Chelsea suffered a 2-1 defeat at the hands of Fulham on Thursday evening in a west London derby clash at Craven Cottage.

In the first half it was the former Blue, Willian, who gave the hosts the advantage, after cutting inside, his effort deflected off Trevoh Chalobah and was enough to beat Kepa Arrizabalga.

It took Chelsea until the second half to find an equaliser, and it came courtesy of Kalidou Koulibaly who poked home an effort after a Mason Mount free-kick had hit the woodwork.

The Blues would have hoped to push for a winner following this, but their chances were dented when Joao Felix was sent off in the 58th minute for a high challenge on Kenny Tete.

Things went from bad to worse for the visitors after the red card, Andeas Pereira’s delivery found the head of Carlos Vinicius who nodded home to give the hosts all three points.

The result sees Chelsea poor run of form continue, since the World Cup break ended, the west London side have not won since their first game back against Bournemouth.

There are some reasons behind the disappointing form, injuries have been blamed, a large number of the squad is out currently but the players who are on the pitch should still be performing better.

While they are being questioned, Potter is also coming under heavy scrutiny, despite life at Chelsea starting so well for the 47-year-old, things have dramatically gone downhill.

Speaking after the loss the head coach spoke about the recent poor form, he said: “It’s tough. I feel for the supporters, players and everybody connected with the club. There were some positives there, a couple of decent chances for us.”

“We will keep working, there is no other solution. We will stay together, stay focused and move on to the next match to try and get three points.”

Potter also sent a message to the supporters, saying: “I can understand they’re frustrated because we’ve lost. That is normal. I made sure I went over and clapped them because we appreciate the support. They’re suffering and we’re suffering. It’s important we stick together.”

With a game to come on the weekend in front of the home crowd, Potter will be hoping the fans are behind the team and he and the players can reward them by getting all three points.