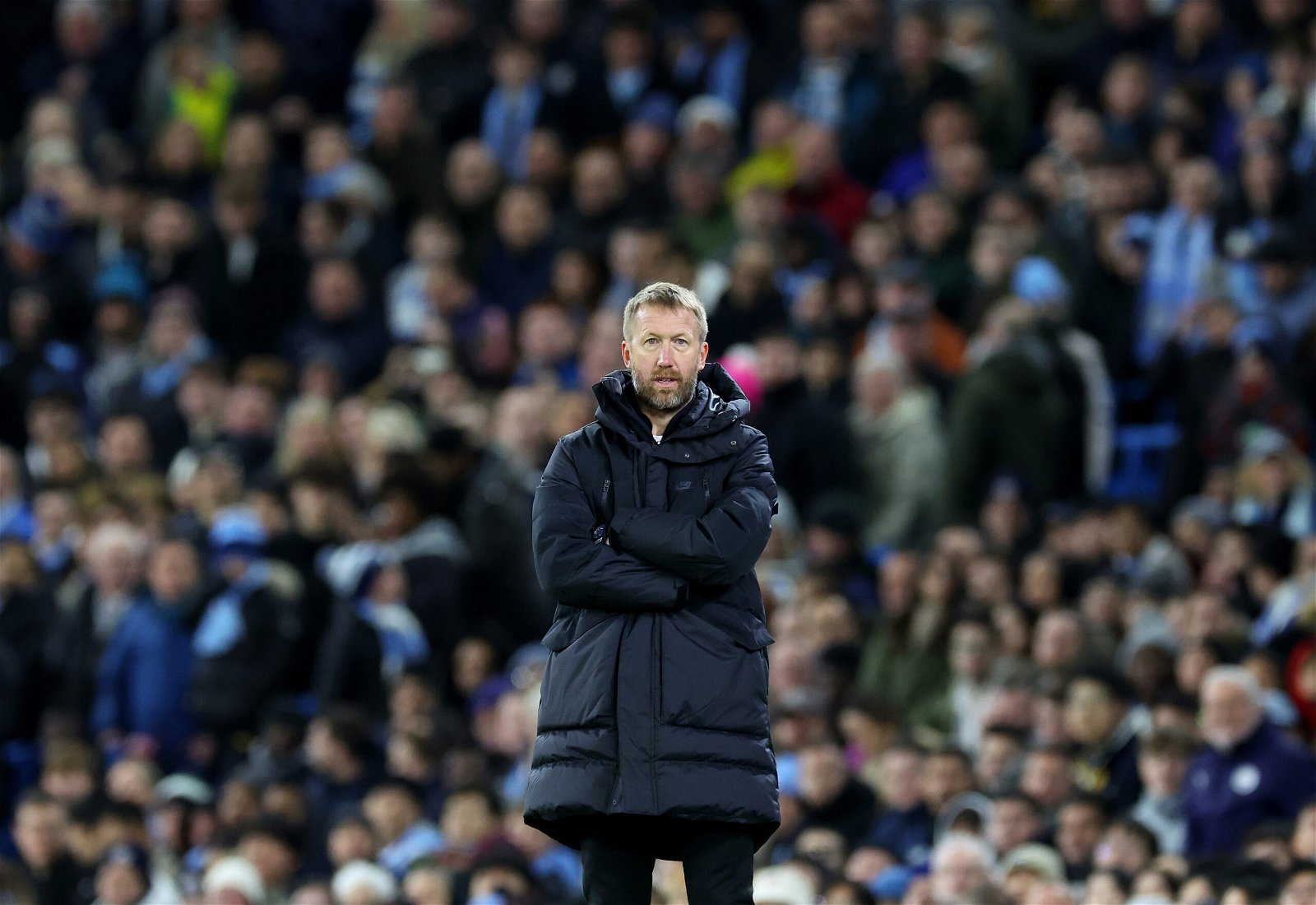 It has been a painful and challenging season for Chelsea so far, the Blues have had to deal with a large number of injuries that have played a major role in their severe underperformance.

Currently, the west London side find themselves tenth in the Premier League and have already crashed out of both the Carabao Cup and FA Cup.

Things started so positively under Potter, with the Blues going on a nine game unbeaten run, but there has been a dramatic downfall and now they have won just once in their last seven.

Potter is having to attempt to deal with a squad that has ten first team injuries, but he is struggling to do so, which is no surprise.

Most recently the Blues were hit with back-to-back defeats against Manchester City, firstly in the league and then in the FA Cup.

When they hosted City in the first fixture at Stamford Bridge, they performed well but were narrowly defeat 1-0 thanks to a Riyad Mahrez goal.

However, when they took the trip to the Etihad Stadium on Sunday for the FA Cup third round, they were thrashed by a ruthless City side, who tore Chelsea apart and defeated them 4-0.

With Sterling, Pulisic and Aubameyang missing, Potter provided an update on the trio. He revealed: “Christian opened up his knee in the game the other day. We’re still sort of analysing it but it’s going to be weeks I would say for him.

“Raheem had an action in the first minute of the game, a back heel that was a bit strange and felt something in his hamstring. Again we’re analysing that.

“Aubameyang had a tight back yesterday so was unable to travel.”

Hopefully, these injuries won’t provide to many problems in the long-term, as the 47-year-old will want them back at his disposal as soon as possible, with Aubameyang set to be the first returnee.

Chelsea’s next game comes against Fulham in the Premier League, which is sure to offer a tough challenge away from home as Potter looks to relieve some of the pressure. They then play a second London derby as they host Crystal Palace on Sunday.