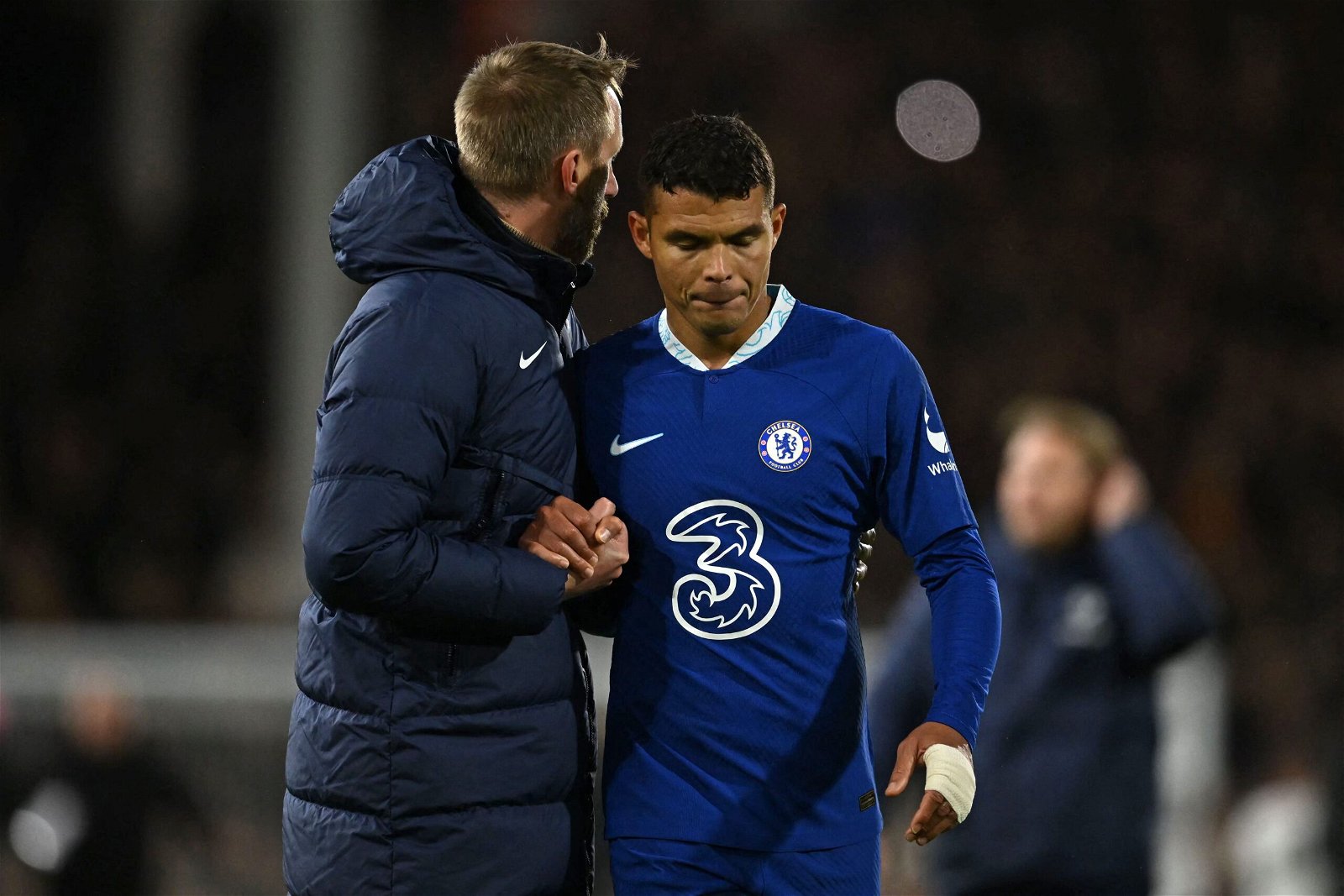 It was another disappointing result at Craven Cottage after Joao Felix was shown a straight red card mid-way through the second half.

The Blues got back on level terms just after half-time through Kalidou Koulibaly after former-Chelsea man Willian opened the scoring in the first-half. After Felix departed the pitch, and Potter’s men were left with 10 men, Vinicius found the winner for the hosts on 73 minutes.

Despite there being poor performances all over the park, 38-year-old Silva was the best performing defender on the night where there was little help from his teammates.

In a season full of disappointment, the Brazilian has been a standout player for The Blues and his wife believes that the club would be fine if they could somehow clone her husband.

“If there was a Thiagio Silva in attack and one in midfield, with what we already have in defense…” she wrote on Twitter, ending the message with a blue heart and a crying face emoji.

It would certainly help with all of the injuries that are haunting Stamford Bridge recently.

Chelsea have a full line-up of players out of action and Denis Zakaria was the latest to be forced off the pitch on Thursday evening. Felix’s red card will also mean he is unavailable for Chelsea’s next three games.