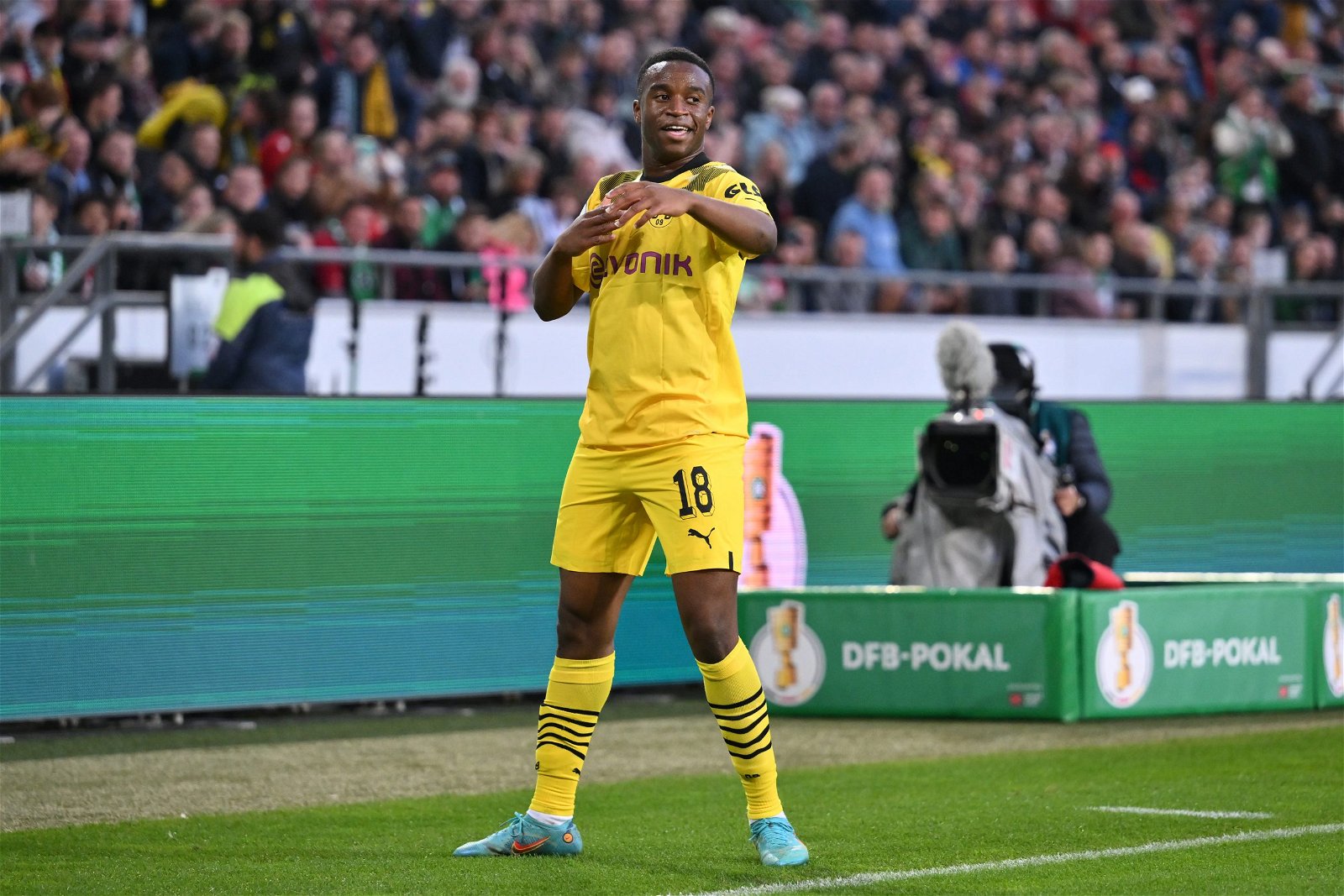 Youssoufa Moukoko’s agent, Patrick Williams, insists no deal is close to being reached over a new contract at Borussia Dortmund.

The 18-year-old’s contract expires at the end of the season and no extension has been agreed with Dortmund, and now many clubs are showing interest and intent of landing the teenager.

Chelsea have been linked with the Germany international in recent weeks and are claimed to be the club showing the most intent on trying to get a deal over the line.

It was reported this week out of Germany that a deal was close with Dortmund for Moukoko to extend his contract at the Signal Iduna Park.

However, his agent, Williams, has confirmed there has been contact but nothing is advanced.

“I can confirm that we are not yet about to conclude a contract extension with Borussia Dortmund,” Moukoko’s agent told Sky Germany.

Liverpool are among suitors for Moukoko, who won’t be short of interest, with Sky Germany also reporting that all top clubs, including Chelsea, are ‘ready to make the next step as soon as he would decide to leave Dortmund as a free agent’.

Williams knows Moukoko is a player in demand which will see Dortmund need to step up their attempts to tie him down to a new deal in the coming weeks otherwise they risk him speaking to other clubs and, eventually, losing him on a free.

He added: “A player like Youssoufa is interesting for all top clubs in the world. Especially when he is free and has a future in the German national team.”