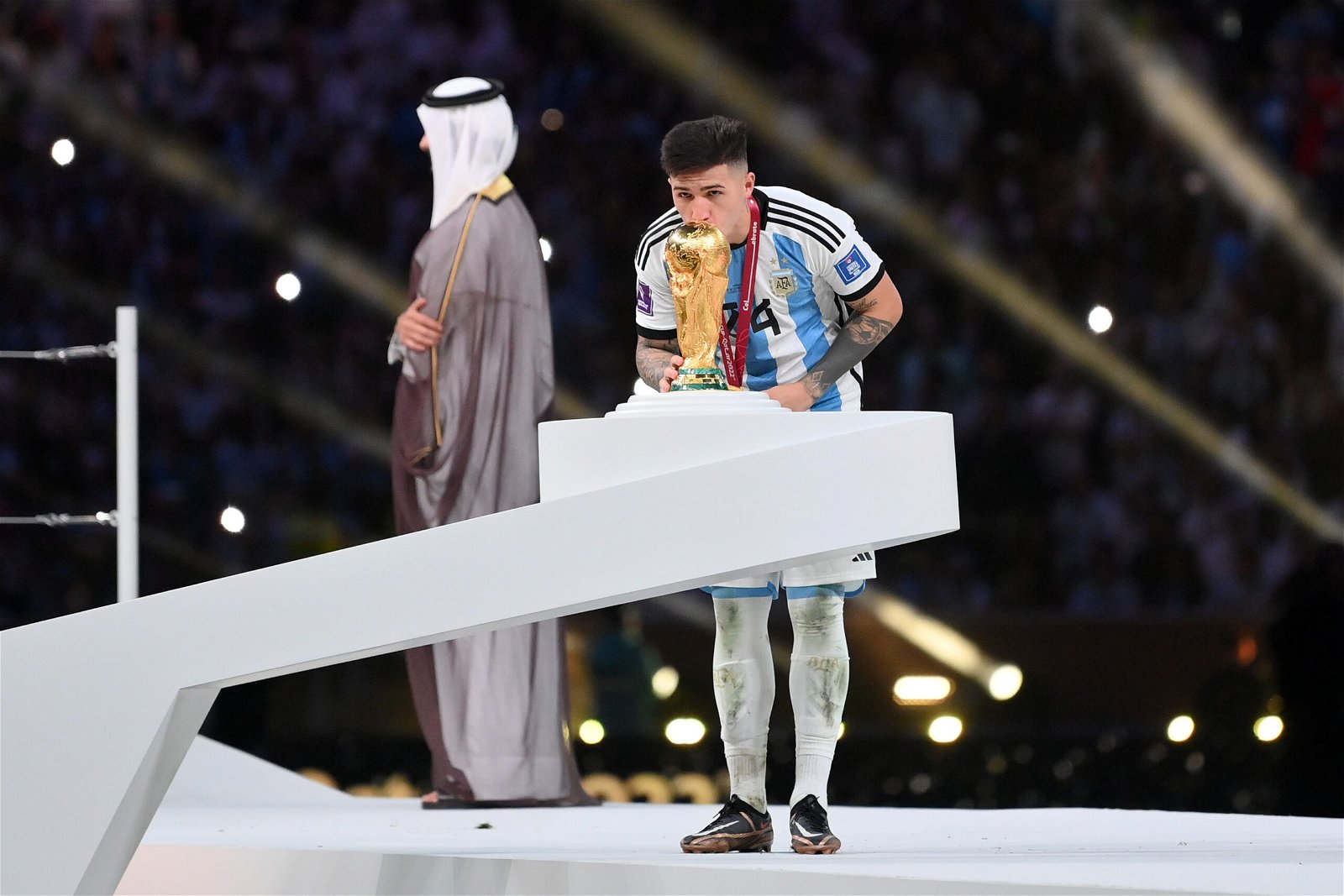 Benfica have rejected an offer of €100 million for World Cup winner Enzo Fernandez amid interest from Chelsea, according to reports.

The 21-year-old midfielder has just come off the back of a sensational World Cup win with Argentina and the interest in gaining his signature has soared.

Picking up the Young Player of the Tournament award, Fernandez was a crucial factor of bringing home the much sought after trophy for his nation.

As football in Europe begins to get back underway at the weekend and the January transfer window draws closer, clubs are highly monitoring the youngster.

Chelsea are one of the clubs believed to be interested, alongside other English clubs and some of Europe’s elite.

This season has been a struggle for the Blues so far, and the midfield has encountered quite a few problems, there has been a lot of rotation largely due to injuries.

A blend of Mateo Kovacic, Jorginho, Ruben Loftus-Cheek and Conor Gallagher have been used centrally, with N’Golo Kante only featuring twice so far this season due to injury.

Looking forward, another issue the west London outfit are going to have to deal with is that both Jorginho and Kante’s contracts expire in the summer.

Recently it has been reported that the pairing are ‘likely to leave’ and should they not sign extensions they would be able to agree pre-contracts in the January window with European clubs.

Kante could be on his way to Barcelona, with the Catalan club reportedly monitoring him due to his uncertain future.

This could mean there is a slot open for Fernandez should Chelsea opt to pursue the young talent, but they will have to pay a high price.

As reported by Record Portugal, Benfica have rejected a bid of €100 million for Fernandez.

They also revealed the offer was not from Liverpool, but they remain one of the parties interested as well as Real Madrid, PSG, Manchester City and Manchester United.

While Fernandez would add further strength to the Blues young core, it will be a tough battle to acquire him and they may have to look for other options.

Andrey Santos could potentially be the cheaper alternative, with the west London side closing in on a €20 million deal for the Brazilian wonderkid.