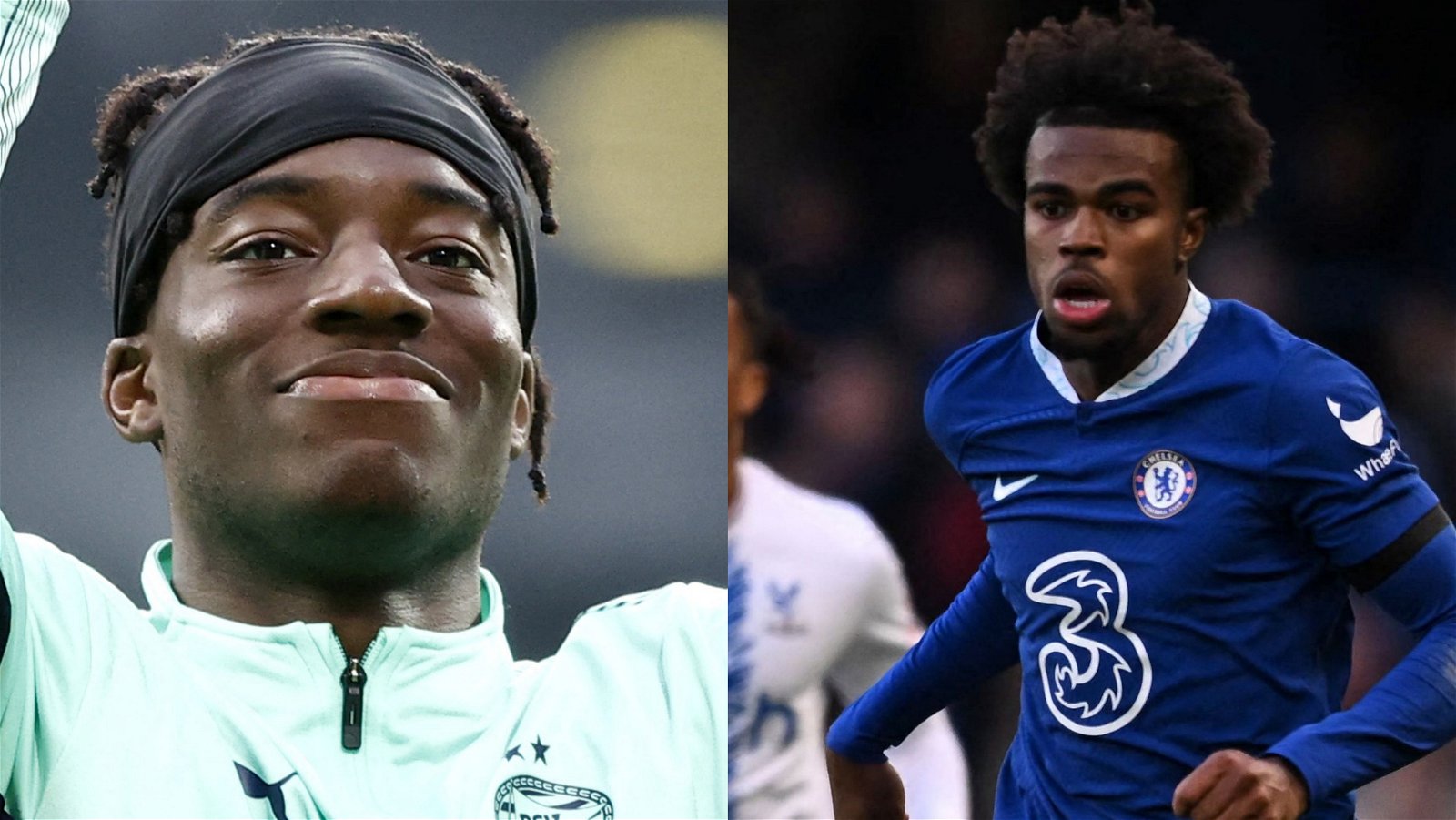 Chelsea star Carney Chukwuemeka has dropped a major transfer hint as the Blues close in on the signing of Noni Madueke from PSV.

This comes as Graham Potter’s side were chasing a deal for the 20-year-old throughout the January transfer window.

However, with the confirmed signing of Mykhailo Mudryk from Shakthar Donetsk, it was unclear as to whether the Blues would look to add yet another winger to their squad this month.

It now appears that the former Crystal Palace and Tottenham Hotspur academy star will join Chelsea this window.

Reports in the Netherlands stated that the 20-year-old is closing in on a move to Stamford Bridge, with PSV and Chelsea agreeing on terms over the transfer fee.

It is believed that a fee of £35 million has been agreed between the two clubs and Madueke will now enter discussions over personal terms before arranging a medical in London.

And if this news wasn’t enough for Chelsea fans, one of their own players has dropped the biggest hint yet over the deal.

Chukwuemeka, who is just a year younger than Madueke, took to Instagram to let the cat out of the bag.

With the news breaking regarding a potential deal for Madueke, Instagram account such as ‘433’ took to the social media site to report the news.

Chelsea stars were active at the time the news broke, with Chukwuemeka liking the post by 433 which reported the news.

It remains to be seen as to when Madueke’s deal will be completed, but it is possible that Chukwuemeka knows more than the ordinary fan, and he will be familiar with Madueke as both players came through the youth ranks with the England national sides.

Chukwuemeka joined the Blues in the summer as part of the youthful restructure of the first team squad, and he netted a huge six-year deal.

Speaking on the contract lengths offered, Potter offered his verdict as he said:“I’m the head coach and, as you know, I’ve had enough to worry about before thinking about contract lengths.

“I’ll leave that to the club and what’s right for the club. I’ll try to support as best I can.”

Chukwuemeka will be looking forward to linking up with the English winger, who has impressed during his time at PSV.