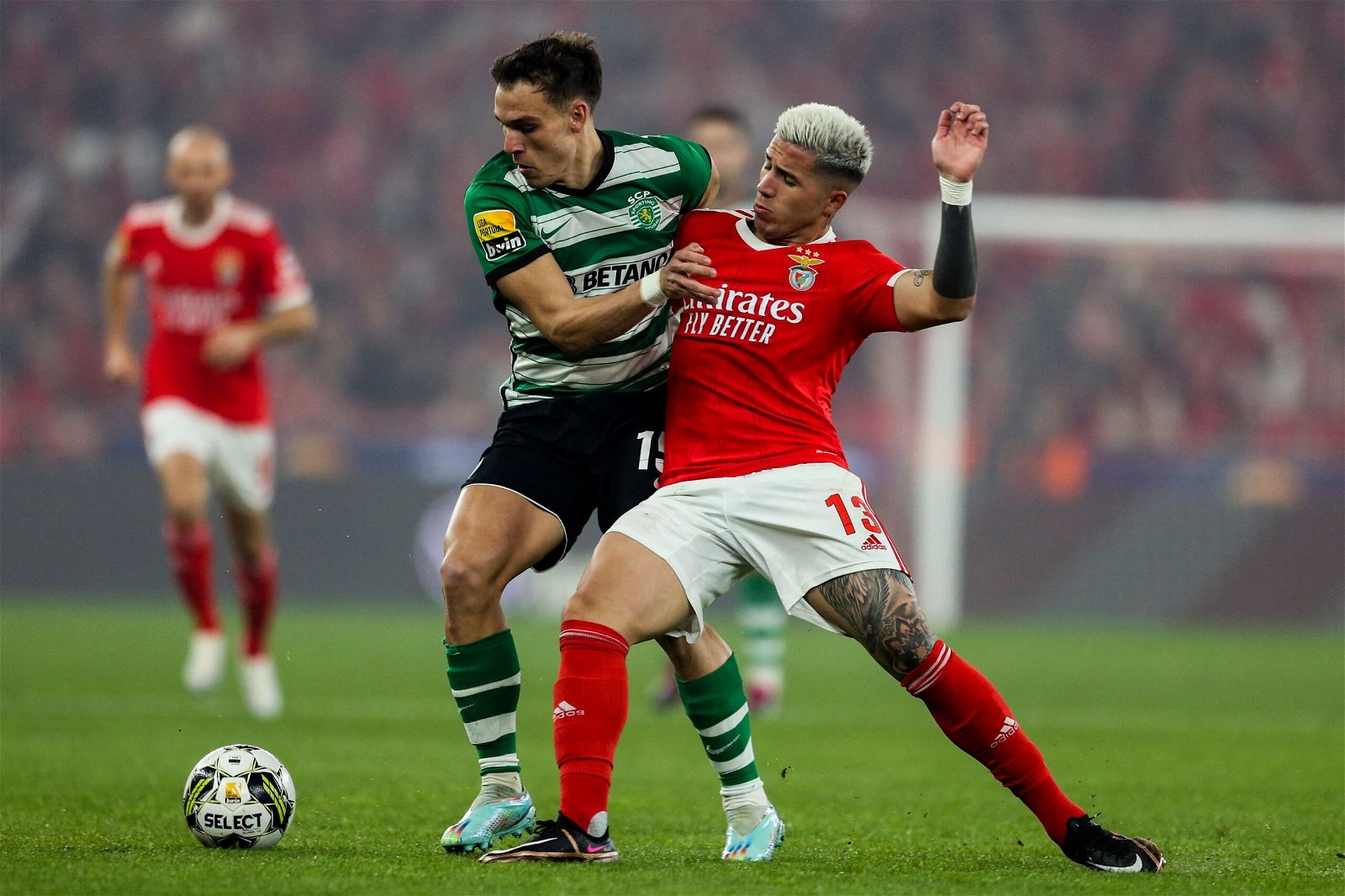 Chelsea are not yet finished in the January transfer window and neither is there pursuit of Benfica midfielder Enzo Fernandez.

Talks took place between Benfica and Chelsea at the beginning of the month over the 22-year-old’s availability. After several rounds of discussions, Benfica told the Blues that they would need to trigger his €120 million release clause.

Chelsea had tried to strike a deal which would see them avoid paying the full fee upfront having convinced the player to join before going into negotiations.

Fernandez was punished by Benfica at the start of the month after missing training but has since been reintegrated into Roger Schmidt’s squad and is happy in Portugal.

Graham Potter’s side have already signed six players this month, including Joao Felix, Mykhailo Mudryk and Noni Madueke, and they are not yet done yet with the Blues wanting to bring in a midfielder and cover at wing-back.

They had an offer rejected last week from Brighton & Hove Albion midfielder Moises Caicedo, who has emerged as a top target following the failed pursuit of Fernandez.

However, as reported by Record Portugal, Chelsea haven’t given up on the signing of the World Cup winner this month and are preparing for a ‘new raid’ before the window closes.

But Benfica have made it ‘quite clear’ that Chelsea will have to trigger the €120 million release clause should they want to succeed in their mission of bringing Fernandez to Stamford Bridge.

Jacob Steinberg also reports that talks are set to resume this week between the clubs, with Benfica hoping to keep him until the end of the season.

Potter was asked prior to their 0-0 draw against Liverpool if Chelsea were likely to add to the squad having just confirmed Madueke’s switch from PSV.

The 47-year-old replied: “I don’t think they’ll be too many to be honest.

“Absolutely (happy with what we’ve done). I’ve not complaints about the squad. I’ve said before that the January window is very complex. You might want A, B, and C but maybe they are not available in terms of positional need.

“But at the same time, you’re always looking to strengthen the team. We’ve done that and it’s exciting the players we have. When players are back (from injury) there is a good and exciting squad of players.”