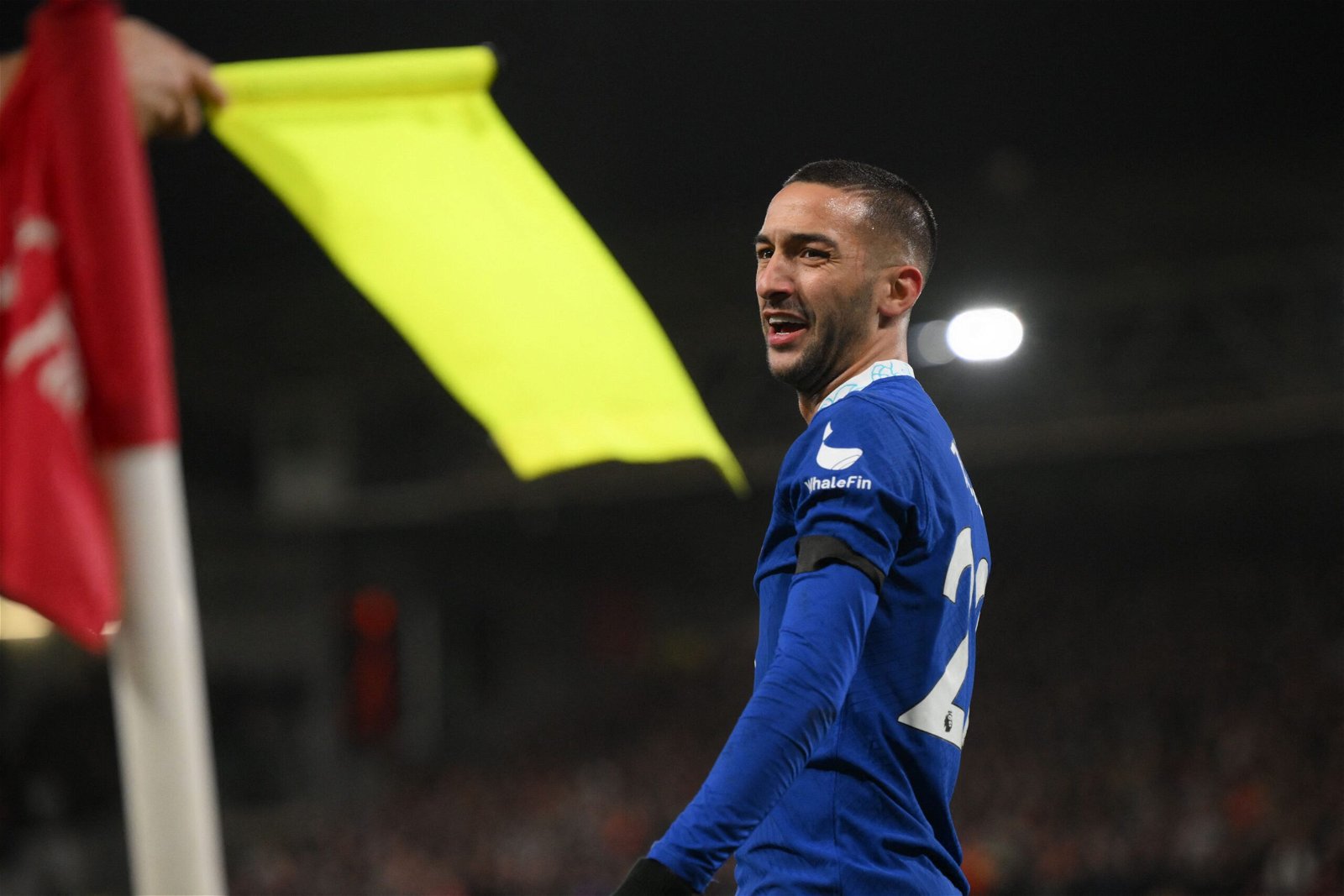 Everton are keen on signing Chelsea winger Hakim Ziyech this month, according to reports, but have denied making a bid.

The 29-year-old has been linked with a move away in January. Newcastle United, AC Milan and Everton have been attributed with interest in the Morocco international, while AS Roma have enquired over the winger’s availability.

Ziyech has found is difficult to find consistency since his move to Chelsea from Ajax in 2020, which has seen him in and out of the side under three different managers – Frank Lampard, Thomas Tuchel and now Graham Potter.

It remains unclear if he will stay at Chelsea beyond this month or the summer, but interest is growing.

As reported by Sky Sports, Everton want to sign Ziyech this month, with one source claiming the Toffees are ready to pay up to £25 million for the 29-year-old.

Chelsea are claimed to be considering letting him go but Everton have denied making a bid ahead of Tuesday’s deadline.

Everton are currently managerless after sacking Frank Lampard, who has left the Toffees in the relegation and in serious jeopardy of dropping down to the Championship next season.

Potter has already signed three forwards this month, with Joao Felix (loan), Mykhailo Mudryk and Noni Madueke all being acquired.

Ziyech faces a fight on his hands until the end of the season for game time, despite Christian Pulisic and Raheem Sterling currently sidelined due to injury.

Potter has already told Ziyech to remain patient for his chances, admitting in December 2022: “At Chelsea, there are always good players who aren’t in the starting XI and have to be patient.”

Chelsea now have a decision on their hands in the coming days ahead of the window closing next week over whether or not to allow Ziyech to depart.